Keystone XL Will Just Have to Wait Until 2015 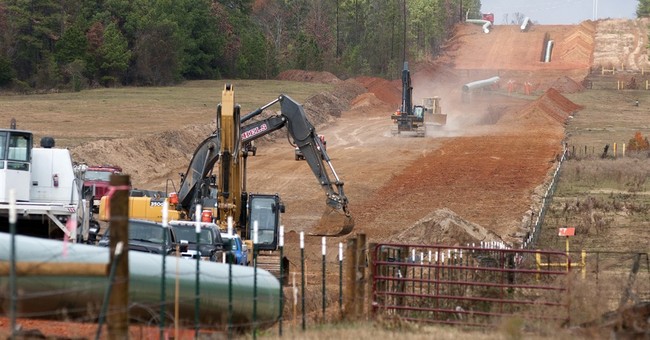 Well D---. The Keystone XL vote turned up 1 short in the Senate to move it to President Obama’s desk. This has been interesting politics. After blocking 8 other House bills over the last 7 years, Harry Reid decided last week to allow this one to go through, as he continues packing up his belongings to move to the smaller and more quaint Senate Minority Leader’s office space.

Really, this was a formality. It was a Hail Mary of sorts to help Mary Landrieu, a Louisiana Democratic incumbent Senator who is trailing big-time in a run-off election, to be held December 6th, which, according to the latest poles, should send Republican Congressman Bill Cassidy to the Senate, which will tally 54 Republicans for the next legislative session. (Alaska’s vote recount finally established Republican Dan Sullivan as that state’s next freshman Senator)

What must Harry Reid have been smoking to think it could spot Mary over 16 points with Louisiana voters if the Keystone XL could somehow pass the Senate? The Prez already said he would veto it as a straight-up bill, meaning it wasn’t attached to any other (negotiable) legislation. Sorry Mary. Mr. President doesn’t need you any more.

We interviewed Senator John Hoeven R-N.D. (co-sponsor of the bill) on Powering America Radio and he told us that in early 2015, you’ll see the Keystone again, this time with enough votes to pass, so don’t fret – the Keystone conversation will re-emerge again early next year.

This whole thing is senseless. The pipeline already exists in the “grandfather” version of the Keystone (minus the XL), which right now is shipping 500,000 barrels of Canadian Tar Sands oil, through Nebraska, down through an almost similar route as this proposed XL pipeline. Nobody is getting sick. No oil is soaking the fruited plane. No water tables have been polluted. No cows are turning up dead for walking across the top of it.

And speaking of cows, our President has shown a tremendous lack of leadership and has cowed down to what would be tremendously good for America in many ways, while appeasing his uber-liberal environmental friends who would have you believe this was the filthiest, nastiest abhorrent portal from Canada to “the rest of the world.”

Sorry, Keystone XL. You’ll have to wait until 2015. This poor little pipeline that has faced so much rejection must certainly be tough as steel to hang on long enough for America to put a President in the White House who gives a D---.