Former Shell Exec: American Energy Could Save the Economy 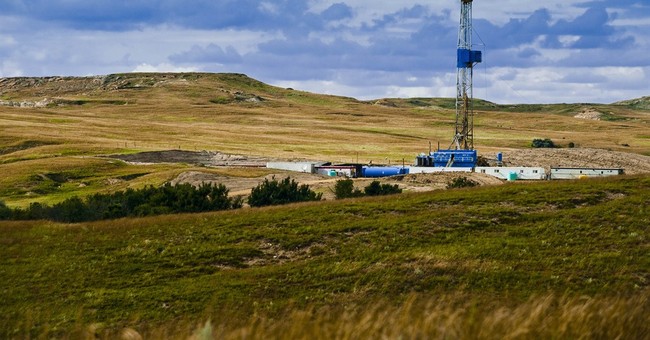 From 2005 to 2008, John Hofmeister ran the U.S. operations for Royal Dutch Shell. Then he turned 60. The Dutch have a cultural thing about 60. John said it roots back to post-WWII, when too many “older” folk were clinging to their jobs, so the unemployment rate among the youth was unacceptably high. So, many companies mandate retirement at 60. Fortunately, John didn’t drift off-stage. In fact, he’s more visible and viable now than ever. Frequently on CNBC, CNN, Fox and many others, he stopped by our Dallas studios to join Chris Faulkner of Breitling Energy and me for Powering America this week. (It’s the October 6 broadcast here).

Some of the more interesting points John discussed on the show include: Advocating more choice in transportation fuel. Ethanol, Methanol, and Natural Gas to name a few. His main thought is to allow the consumer the choice, and let the United States competitive markets work out the rest. Even though alternative fuels aren’t as effective in BTU output (today) as gasoline, John feels consumer demand would drive technological development. Right now, we’re stuck, and no significant development or plan is in place. Without such, John sees potential gas lines, ah la Arab embargo days, potentially by the end of the decade.

Overall, the former Shell executive is very bullish on American energy and our domestic oil and gas development. He suggests if we would spend $1 Trillion dollars, funded privately, on our worn-out energy grid and power plants, we could increase our GDP to upwards of $25 Trillion a year, far ahead of the Chinese.

Gas prices? He feels prices under $3.00 are likely in many U.S. cities on the short term but this is not a new trend. Why? For one, he feels OPEC will cut production to keep oil prices north of $80/barrel. For another, the economic boost felt from lower pump prices will boomerang the other direction, thus ultimately increasing prices in 2015. So while weak international demand has impacted the market, and there’s a deleveraging working through the system as major banks curtail their commodities trading operations, John suggests you enjoy the reprieve, but don’t get too comfortable with it. (John’s latest gas prices comments on CNBC are here)