Tevi Troy
|
Posted: Feb 12, 2020 11:04 AM
Share   Tweet
The opinions expressed by columnists are their own and do not necessarily represent the views of Townhall.com. 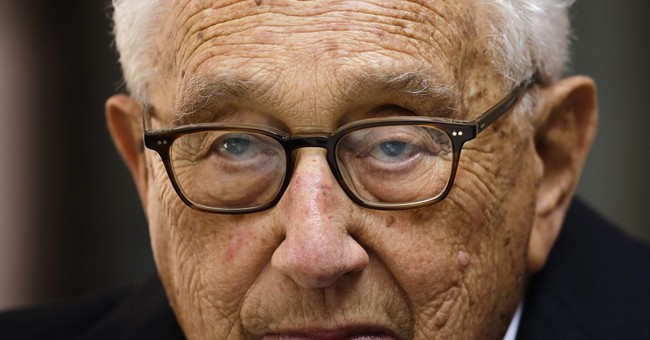 Editor's Note: This is an exclusive, adapted excerpt from Fight House: Rivalries in the White House from Truman to Trump (Regnery History: February 11, 2020) by bestselling presidential historian, Tevi Troy.

One of the most vicious White House rivalries in history was between National Security Advisor Henry Kissinger and Secretary of State William Rogers. Leaking to the press was one of their nastiest tactics.

The State Department was (and remains) notorious for leaking information that comes from the White House, especially if State considers White House policies to be infringing on State prerogatives. As former NSC staffer Peter Rodman wrote, “Leaks from State are thus a familiar and sometimes effective weapon in the bureaucratic wars.”

The Nixon administration was no different and arguably worse given the testiness between Kissinger and Rogers. In fact, to Kissinger and Nixon, it was a given—and not an inaccurate one—that the State Department was a source of leaks. Nixon felt this way from the beginning of the administration. Shortly after the beginning of the administration, NSC aide Alexander Haig briefed Nixon about leaks that had come from the State and Defense Departments during the Johnson administration. Nixon wanted to know if his administration was doing a better job protecting information: “We have been more careful, haven’t we? We have kept a lot from State, I know, and enough from Defense.” Haig reassured him, noting, “Your White House papers are in very good shape,” he added. Nixon liked hearing this, but he also knew the reason: “That’s why we don’t tell them anything.” After some time in office, Nixon continued to hold this view. As he told Haldeman about State, “Since Cambodia, they’ve been taking on the P[resident], leaking, etc. These things don’t just happen, and from now on, it’s us or them. State can’t be told anything, and that’s the way it is.”

Rogers recognized the leaking problem. In 1972, he told the New York Times’ Milton Viorst that “one problem that stands between presidents and the Department of State has to do with leaking information. . . . The troubleI’ve found is that the more we appear to lack the president’s confidence in deliberations, the more likely information is to leak.” Rogers further explained efforts he was taking to limit leaks, telling Viorst, “I think I have improved that situation and increased confidence within the ranks. Yet to safeguard our secrets, I’ve often had to keep a great deal to myself.”

At the same time, Rogers was eager to show that there had been instances where State had gotten a bad rap. He told Viorst that an investigation of a leak of certain White House papers on India and Pakistan found that State was not at fault, and that the search for the leaker was ongoing at the likeliest sources, Defense and the NSC. As Viorst wrote, “Rogers could not conceal his delight” at these developments.

Rogers’s glee at being able to demonstrate that this leak did not come from his Department demonstrates the degree to which the State Department’s leaky reputation was harming Rogers in his bureaucratic wars with Kissinger and the NSC.

Despite Rogers’s win in the India and Pakistan leak situation, the State Department remained in the crosshairs of suspicion. Kissinger was only too happy to leak to help himself, to harm the Department, or both. He leaked favorable stories about himself all the time and was close with many journalists and columnists, including the brothers Joseph and Stewart Alsop, as well as Tom Braden.

Kissinger also did not mind that the press highlighted that he was quite the playboy in his White House days, linked with numerous attractive and famous women, including feminist Gloria Steinem and “Bond Girl” actress Jill St. John.

About St. John, however, there was no doubt that they had dated, and Kissinger even accused Rogers internally of leaking stories to the press about their relationship. The truth, however, was that Kissinger himself often leaked the stories and then issued the complaints. This devious act had two positive impacts: it hurt Rogers by adding to his reputation as a leaker and it helped Kissinger since, as he bragged, the playboy reputation served “to reassure people . . . that I am not a museum piece.”