Terry Schilling
|
Posted: Jul 01, 2018 12:01 AM
Share   Tweet
The opinions expressed by columnists are their own and do not necessarily represent the views of Townhall.com. 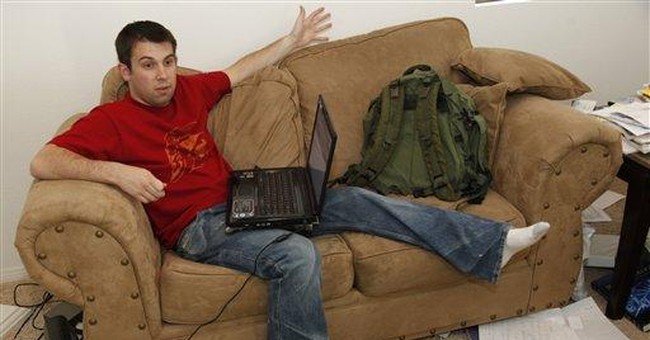 Last December, Sen. Ted Cruz (R-Texas) and Senate Republicans scored what appeared to be a major victory for school choice by including the Student Opportunity Amendment in Congress’s tax cut package. The amendment expanded tax-advantaged 529 college savings plans to include K-12 education, giving families the ability to save up to $10,000 per child per year for private schools or religious schools. And although Democrats at the time shamefully discriminated against homeschoolers and children with disabilities by successfully working to remove those groups from the amendment, Cruz has now introduced standalone legislation that would restore both groups’ access to the 529 educational savings plans.

Sen. Cruz has proven himself to be perhaps Congress’ strongest school choice advocate. He deserves serious credit for his efforts. But unfortunately, his 529 educational savings plan initiative is not enough on its own, and without seriously curtailing government control over education, could even unintentionally play into the Left’s hands.

The Left has been waging war on two separate fronts in the battle over school choice. While they continue to work relentlessly to defeat new legislation which would give parents further educational choice, they also have been equally hard at work behind the scenes fighting school choice by bending existing government education programs to serve their ends.

Such examples are numerous. For instance, it is well-documented how progressive bureaucrats have used No Child Left Behind waivers and Race to the Top grants to push Common Core on the states, exploiting the federal purse-strings to force a one-size-fits-all set of mediocre standards on millions of students nationwide.

Another less well-known example is the effort of the U.S. Department of Veterans Affairs to control how military and veteran students use their GI Bill benefits to advance their education. Apparently sensing a long-term threat to union-infested, liberal state schools, under the Obama administration the Left embarked on an ideological mission to destroy the for-profit college industry. Today, VA bureaucrats continue to interfere in the rightful – and explicitly established – role of states to determine which institutions could be certified for payment with students’s military benefits. While the VA’s intention was to force innovative education providers out of the market, the practical effect has been to limit the educational choices – and complicate the lives – of veterans who have served their country and deserve better from their government.

Democrats didn’t stop there, though. They even went on to start a phony veterans organization called Veterans Education Success (VES). VES’s president and founder, Carrie Wofford, is a former staffer at the Senate Committee on Health, Education, Labor and Pensions – where she led the charge against for-profit education institutions. VES poses as non-partisan but is funded by radical liberal donors. Its true mission is to advance a left-wing political agenda at the expense of our veterans.

If Democrats are willing to target our veterans and take away educational options for them, they will have no problem doing it to our kids. Given the Left’s history of manipulating government programs to undermine school choice, Sen. Cruz and Republicans should approach their latest education endeavor with caution. While expanding 529 plans to homeschoolers and beyond may be a laudable goal, if not done carefully, it could also potentially expose homeschooling families to interference by federal bureaucrats interested in imposing their policies on children previously out of their reach.

The Left is fighting their war against school choice on multiple fronts. Conservatives must make sure we are engaging on all of them by offering opportunities for choice in new legislation and ensuring that existing programs do not leave openings for government bureaucrats to pick winners and losers.