Terry Paulson
|
Posted: Mar 22, 2021 12:01 AM
Share   Tweet
The opinions expressed by columnists are their own and do not necessarily represent the views of Townhall.com. 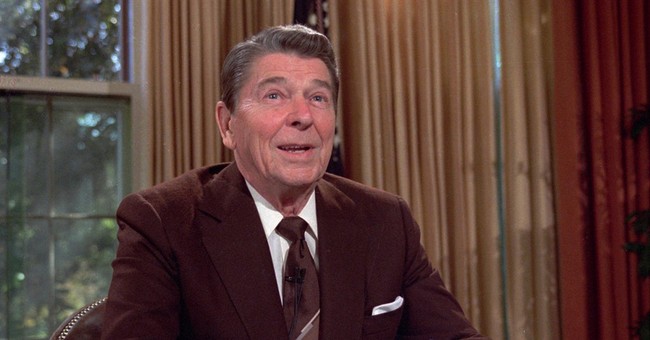 In America today, it is way too tempting to spend all our time attacking or celebrating the presidents we support. People seem to either hate Donald Trump or hate Joe Biden. We are locked into attacking or promoting presidents, not the principles or program priorities we believe will ensure the future for this amazing country. Yes, "Elections have consequences," but because we vote for presidents over principles, we don't often know what Presidents will do until they get elected.

Whomever Republicans put up for election in 2024, and even for House and Senate seats in 2022, it's imperative that they once again craft a Contract with America. In 1994, you knew where Republicans stood. They took a stand, and it gave them victory and a roadmap for action once they got there.

We need less personal attacks and more discussion of the policies and program priorities that matter. Neither President Biden or President Trump are our saviors. It's American citizens who matter most. Voters deserve more clarity, understanding, and discussions about the implications of their votes.

One clear difference between the right and the left is how they define what it means to care. America has always been described by our faith, our optimism, our giving spirit, and how we care for our neighbors and our
communities. But more and more, how we define what needs to be done to "care" has seriously divided us.

To Democrats, conservatives are called "mean-spirited," "uncaring," and "selfish." The left tries to define self-reliance, capitalism, and personal responsibility as manifestations of "white privilege" and the source of
systemic racism. Democrats define caring as another government entitlement that can level the playing field and provide more equal results to all citizens. The traditional promise of "equal opportunity" in Biden's administration is traded for a new word--"equity." Because we are the richest country in the world and they believe have been guilty of systemic racism, all minorities warrant a "fair" share of America's wealth. Such "equity" demands quality healthcare for all, a guaranteed monthly income, food sufficiency, and a basic standard of living whether you have earned it or not.

The conservative understanding of what it means to care takes more words to explain. But Ronald Reagan had a way of simplifying what matters most--"We should measure welfare's success by how many people leave welfare, not by how many are added." We are the richest country in the world because people are free to earn their own American dream and keep most of what they earn.

The cost of government dependence is more than what shows up in the federal and state budgets. Trillions are spent, but you also destroy personal dignity and incentive. Excessive government support sends a powerful
message: "You can't make your own way. You can't solve your own problems by relying on your family and local charities for temporary help until you're back on your feet! You are a helpless, hopeless victim."

Such messages encourage citizens to settle for dependence instead of dreaming about opportunities. Conservative caring works to challenge and empower people to use their own gifts and reward them for living the life they aspire to. Earned success, optimism, and pride do not come from another entitlement. They come by overcoming one's own obstacles to achieve their own success.

When Democrats train citizens that they are victims, their promises of support become an easy reward. Soon, many think they are owed a certain standard of living. In short, the more entitlements you bestow, the more
entitlements that need to be created to satisfy their growing "needs."

With enough entitlements, the dependent realize that it is almost impossible to get off the government reservation. You realize that you can make more money being poor and taking government support than you can by working your way to self-sufficiency. If you try to get a job, they cut your benefits. When you get a raise, they cut it again often reducing your monthly income--income you need to take care of your family. You realize you are trapped--you can't afford not to be dependent.

In addition, the government agencies and support you depend upon are impersonal and involve layers of bureaucracy. Local non-profit charities are better at isolating specific needs, avoiding fraud, and knowing the best resources to help. Their help is personal instead of bureaucratic.

There is a certain healthy humility that comes from receiving aid from a non-profit. They are dependent on donations, not a government blank check. People had to sacrifice to help you. Instead of being entitled, you are thankful. You hope that one day, you'll be successful enough to pay your share in helping others who need the same help you received.

As parents, we expect our children to leave home, get a job, and support themselves. You care enough to put limits on your support. You don't like it when your own children won't leave the nest. Why do you feel it's right for our country to perpetually support citizens who refuse to earn their own way? Expect more; give them less.

Conservatives are likely to embrace the true caring personified in the powerful statement by President John Kennedy, "Ask not what your country can do for you. Ask what you can do for your country." True caring expects that with short-term help citizens should carry their own weight and expect others to bounce back and do the same.