The Faithful Called to Service over Safety

Terry Paulson
|
Posted: Jun 01, 2020 12:01 AM
Share   Tweet
The opinions expressed by columnists are their own and do not necessarily represent the views of Townhall.com. 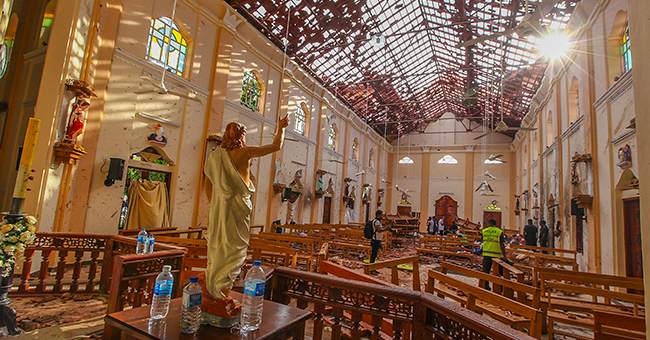 From the very beginning of our country, faith played a key role in shaping our culture and our country. Unlike many countries, the founders did not want to establish any state religion. Such a commitment would have created an obstacle to the union they were working to create. But the founders never imagined that America would evolve to a point where churches would be closed while pot stores, liquor stores, and abortion clinics would be seen as more essential to be open during our coronavirus lockdown than churches.

Since our country’s founding through the World War era, the importance of faith was seldom questioned. Not everyone went to church, but most realized the critical role people of faith and their love of religious freedom had played in the nation’s founding and our culture.

As many have stated, nowhere in the Constitution does it mention the separation of church and state. President Thomas Jefferson introduced that phrase in a private letter to Danbury Baptist Church, but in no way did he wish to constrict religious expression.

President George Washington, in his Farewell Address in 1796,may have best expressed the importance of faith to the founders when he said: “Of all the dispositions and habits which lead to political prosperity, religion and morality are indispensable supports. … Let us with caution indulge the supposition that morality can be maintained without religion.  Whatever may be conceded to the influence of refined education on minds of peculiar structure, reason and experience both forbid us to expect that national morality can prevail in exclusion of religious principle.”

In the military, chaplains were honored and appreciated for their role in fostering faith and ministering to soldiers. Today, that critical role is often questioned and even attacked. In a recent column by Dr. Ron Crews, the executive director of the Chaplain Alliance for Religious Liberty, and Joseph Infranco, senior counsel and vice president for alliance coordination with Alliance Defending Freedom, they documented the Military Religious Freedom Foundation’s fight against the overt expression of faith by chaplains.

Crews and Infranco documented their aggressive drive to crackdown on religious expression by chaplains: “Since COVID-19 restrictions went into effect, MRFF has filed complaints against chaplains around the country who have shared video sermons on military installation webpages (a legally approved forum), persuaded Facebook to remove videos of chaplains’ prayers, and pushed for formal charges against a Korea-stationed chaplain who shared a religious book with his subordinates as a ministry tool (no chaplain was required to read, much less use, the book). The group even demanded and received a public apology from a Christian who shared hymns and encouragement from the balcony of his military housing apartment.”

Such repression goes beyond the military. Thankfully, President Trump does not share that assessment of faith. Trump recently commented to reporters as he left the White House for Wisconsin: “The churches are not being treated with respect…. I want to get our churches open, and we’re going to be taking a very strong position on that very soon.”

But just allowing religious services to resume under new guidelines may not do justice to the role religious faith ought to play during pandemics. In the past, faith communities put service to others over safety. There would be no shelter in place for people of faith.

Through the centuries the Christian response to plagues began with some of Jesus’s most famous teachings: “Do unto others as you would have them do unto you” and “Greater love has no man than this, that he should lay down his life for his friends.” In short, the Christian ethic in a time of plague considers that our own life must always be regarded as less important than that of our neighbor.

During plague periods, Christians made a name for themselves caring for the sick. During the Plague of Cyprian in the third century, believers redoubled efforts to care for the living. Bishop Dionysius described how Christians, “Heedless of danger … took charge of the sick, attending to their every need.” A century later, actively pagan Emperor Julian would complain bitterly of how “the Galileans” would care for even non-Christian sick people. The church historian Pontianus recounted how Christians ensured that “good was done to all men, not merely to the household of faith.”

In 1527, when the bubonic plague hit Wittenberg, Martin Luther refused calls to flee the city and protect himself. Rather, he stayed and ministered to the sick. The refusal to flee cost his daughter Elizabeth her life. Luther provided a clear articulation of the Christian epidemic response: They die at their posts. Christian doctors cannot abandon their hospitals, Christian governors cannot flee their districts, Christian pastors cannot abandon their congregations. The plague does not dissolve our duties. It turns them to crosses on which Christians must be prepared to die.

During the COVID-19 crisis, some faith communities rushed in to serve and were even criticized. It's time for churches and the faith communities to remember to reassert the role of service and support during difficult times. Churches don’t just need to be open; they need to get busy making a difference locally for the communities that need them. It's time for the faithful to respond to their calling. Trusting God, take common sense precautions, but we’re called to service over safety.