Terry Paulson
|
Posted: Mar 20, 2020 12:01 AM
Share   Tweet
The opinions expressed by columnists are their own and do not necessarily represent the views of Townhall.com. 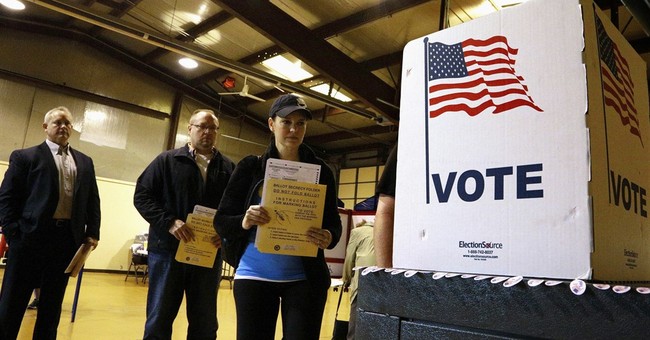 During the impeachment trial, House Intel Chair Adam Schiff (D-CA) admitted on the floor of the U.S. Senate that President Trump’s political fate cannot be decided at the ballot box. Rep. Schiff said: “As we will discuss, impeachment exists for cases in which the conduct of the president rises beyond mere policies, disputes to be decided otherwise, and without urgency at the ballot box. Instead, we are here today to consider a much more grave matter and that is an attempt to use the powers of the presidency to cheat in an election. For precisely this reason, the president’s misconduct cannot be decided at the ballot box, for we cannot be assured that the vote will be fairly won.”

So does this mean voters should never trust the vote anymore? If Democrats really feel that way, maybe it is time to take on election fraud and to tighten up the process so that we can ensure fair elections where only citizens vote.

After the mess in the Iowa caucuses, can anyone really rest on Democrat assurances that there is no need to change our election procedures? Pointing to our bloated voter rolls, third-party ballot harvesting, voting by non-citizens, a Prager University video shows that voter fraud is very real.

In support, the Illinois State Board of Elections recently confirmed that not only were 574 non-US citizens accidentally registered to vote in 2018, but sixteen of those individuals actually voted. They called it a programming malfunction.

There are serious consequences when non-citizens vote. If caught, it can mean immediate deportation. How did it happen?

The Automatic Voter Registration process rolled out in July 2018 automatically registers eligible citizens to vote when they apply for or renew a license or ID, unless they opt-out. Those non-citizens who were erroneously registered to vote were likely sent many voting pamphlets and brochures in the mail. Two individuals actually voted in multiple elections.

They claim that it was unlikely to impact any elections. But the Macon County Sheriff's race was decided by just one vote in 2018. Seven of the 547 non-citizens were registered in Macon County. One of those seven voted. One vote can and does make a difference.

San Francisco voters passed the local 2016 Proposition N allowing non-citizens to vote in school board elections. Chicago and several small cities in Maryland have passed similar laws. But officials should be cautious about such laws. They remove one more distinction between citizens and non-citizens. Removing such distinctions diminishes the incentive to work toward citizenship, and citizenship is a necessity for immigrants who want to advance in society.

North Carolina passed a photo ID law, S.B. 824, which would have been effective with the March 3 primary. Voters would have had to show an acceptable ID before voting. Absentee voters also would have had to provide an ID copy with their vote. The law did allow for a number of different IDs to be used and allowed voters to get a free ID card or fill out a form explaining their “reasonable impediment” to obtaining one. But legislators rejected an amendment allowing the use of public assistance IDs.

Having previous laws ruled illegal, a November 2018 ballot enshrined voter ID in the state constitution. The amendment passed with 55% of the vote. The legislature approved a separate law in December 2018 detailing how to implement that amendment. Legal challenges were filed almost immediately.

No wonder the ballot box cannot be used to determine whether Trump deserves to be elected as president for a second term. We can’t even ensure that only citizens are allowed to vote.

President Donald Trump states what ought to be required: “Only American citizens should vote in American elections. Which is why the time has come for voter ID, like everything else. You know, if you go out and you want to buy groceries, you need a picture on a card.”

Whenever you open a bank account, cash a check, try to fly, or have to prove who you are, you show your ID. The same should be true when citizens vote.