A Red Wall to Tame the Blue Wave

Terry Paulson
|
Posted: Sep 18, 2018 12:01 AM
Share   Tweet
The opinions expressed by columnists are their own and do not necessarily represent the views of Townhall.com. 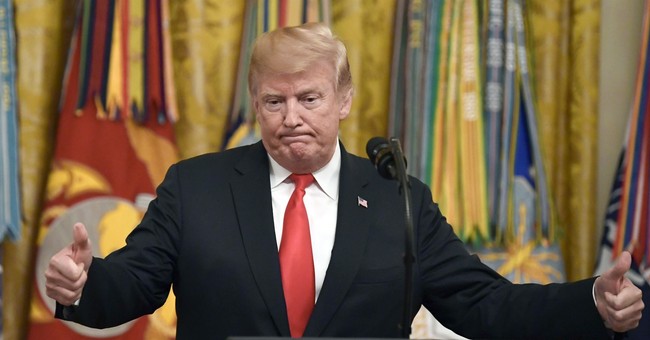 How did this man get elected? Why do you still support him? How can you condone his rude tweets and personal attacks? How can you call yourself a Christian and support this lying, immoral man? These are just some of the questions Trump supporters are asked as the left does everything it can to resist, derail, and impeach President Trump.

Former Arkansas Governor Mike Huckabee brings some perspective, “Even if the best surgeon has a bad bedside manner, you still want him doing your surgery!” Trump is irreverent. He exaggerates and takes all the credit for everything that goes well. Some of his tweets are obnoxious and aggressive. But the man gets things done!

Many voters and even more political pundits were surprised when voters elected him. His supporters were tired of politicians who talked a good talk but didn’t deliver on the things that matter most.

Trump promised things we wanted. Concerned about court justices who legislated from the bench, voters wanted a constitutional originalist appointed to the Supreme Court, and we’re on the verge of getting our second judge during his first term! The left is throwing everything they can at Judge Kavanaugh in hopes that something will stick, but he’s weathered every attack and shown the temperament and wisdom that a justice should have.

For many, the Supreme Court appointments alone will justify Trump’s election. Our Constitution was designed to protect citizens from the intrusive control of our government, and President Trump has nominated federal judges at all levels committed to do just that. With the help of a Republican-controlled Senate, he’ll keep delivering the judges we need.

We wanted a president who would cut taxes, standing up for the hard-working Americans who want to keep more of what they’ve earned. Voters wanted to ensure that American companies could use more of their profits to create more jobs and produce economic growth. He worked with the Congress and Senate to cut taxes for all levels. The American economic engine is once again humming.

We wanted a president who would maintain a strong military, a leader who wouldn’t just draw red lines, but one who’d act if our enemies crossed them. We wanted strength with diplomacy, not weak leadership and expensive global agreements that left America footing the bill. We elected a leader who’s requiring our allies to do their share to defend the Western values and freedoms we cherish.

We wanted a president who believed that all lives matter instead of pitting one special interest group against another. We wanted to stop expanding the dependency culture where the focus was more on rewarding productive citizens. Now, many job opportunities are going unfilled and unemployment rates are at a record low.

Voters wanted a wall before talking about a reasonable path to legal status for those living in America who arrived illegally. They were tired of sanctuary cities and states that protected illegal alien criminals instead of supporting the rule of law and protecting American citizens. We need more, not fewer, Republicans in Congress to deliver on this promise.

Trump has done much more than many thought possible. He may not have the best bedside manner, but why would we now want to defeat the men and women in Congress who helped deliver on Trump’s promises? Why would we risk electing leftists committed to reversing the progress he’s made?

Just as when Trump was elected president, his faithfuls will once again go to the polls to give their president the politicians he needs to continue his work. Our voters don’t have time to march in the streets; they’re working to take care of their families. They see the one-sided media coverage and the blatant resistance of the left. As in the presidential election, may a strong red wall be ready to turn back any blue wave to give this president the support he needs.