Terry Paulson
|
Posted: Jun 27, 2016 12:01 AM
Share   Tweet
The opinions expressed by columnists are their own and do not necessarily represent the views of Townhall.com. 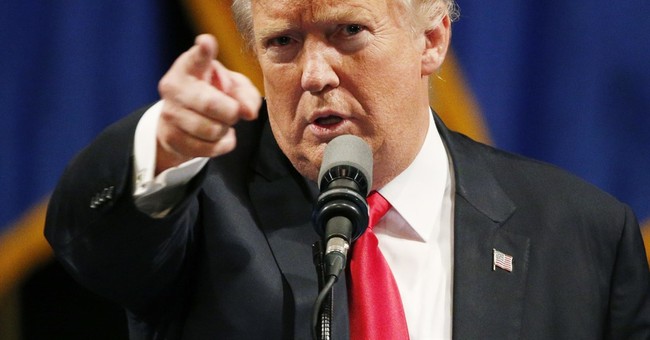 As both parties rapidly approach their respective nominating conventions, it’s clear that both parties are not unified. The Republican Party still has a choice in Cleveland. Will the party choose established Republican principles or their “presumptive” candidate who has the necessary delegates but wants to do this campaign his way?

In response to House Speaker Paul Ryan’s continued call for Trump to support conservative principles in the party plank, Donald Trump suggests that the GOP leaders “have to get a lot tougher and be quiet. Just please be quiet, don’t talk…. We have to have our Republicans either stick together or let me just do it by myself. I’ll do very well.”

The Wisconsin Republican reminded Trump that presidents and congressional leaders represent separate but equal branches of government. Ryan vowed to “robustly defend the separation of powers.”

As James Madison wrote in Federalist 51, “Ambition must be made to counteract ambition.” Checks and balances are critical to our republic and should be to our political parties. We don’t need subservient, “quiet” party delegates; we need principled, assertive delegates willing to exercise their will in preserving liberty, preventing tyranny, promoting effective government leaders, and protecting the reputation of the party. Presidents need constraints, and so do candidates. It’s time for Donald Trump to start experiencing the checks and balances every president faces.

Donald Trump has run as a Republican, but it’s not clear that he actually shares the core principles of the party. Presidents come and go, but core principles must be preserved through good and bad administrations for America to endure and prosper.

If Republican voters knew that Donald Trump did not support some core Republican principles, it’s not clear he would’ve ever become the party’s candidate. It’s time for the GOP to free its convention delegates to vote their conscience in light of Trump’s arrogance. It’s not time for the GOP to be quiet. It’s time for them to establish a convention “conscience clause” and nominate a candidate who actually supports what they believe.

There are signs that many of the party faithful are less than inspired by Trump’s antics and poorly organized campaign. His poll numbers are down and both the GOP and Trump are having trouble raising campaign funds. Truly great negotiators don’t go it alone. Unfortunately, Trump’s plan to Make America Great Again has a recurring theme song, “My way or the highway!” If he can’t put agreed upon party principles at the core of his campaign, maybe it’s time for him to take the highway.

After all, until the convention actually nominates Donald Trump, he remains the “presumptive” candidate. His supporters will say that he earned the delegates and deserves to be nominated. Yes, but the unique nature of this election warrants special consideration. The sheer number of candidates made his early name-recognition an asset. He was combative instead of clear on the principles and positions he would espouse. As other established mainline candidates split votes, his “outsider” position garnered a winning faction that provided enough votes to secure the delegates he needed.

Freeing the delegates to vote their conscience will not ensure that Trump will lose. In fact, since most of the delegates would have been selected to support him, many will continue to support him. If he truly has the positions and principles needed to Make America Great Again, he’ll earn the delegate votes needed, even if they’re free to vote for someone else. Earning their nomination in an open convention will help bring the doubters on board.

Trump wants the party leaders to be quiet and subservient. The party needs them to be strong, assertive, and supportive of the long-standing core Republican Party principles. An open convention fight could be divisive, chaotic, and potentially dangerous to the party, but so is a rogue candidate that the party faithful can’t support and independents dislike. Any principled candidate who could truly unite this party at the convention would have enough time to rally support and defeat a weak Democratic candidate like Hillary Clinton. May it be so.