The Slow Walk to Republican Unity

Terry Paulson
|
Posted: May 16, 2016 12:01 AM
Share   Tweet
The opinions expressed by columnists are their own and do not necessarily represent the views of Townhall.com. 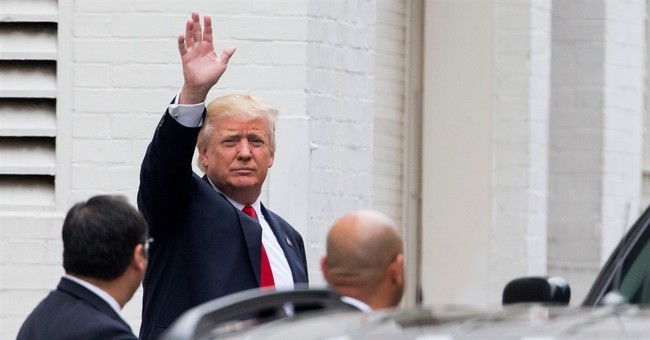 After all the negative comments I’ve written about Donald Trump’s candidacy, Rep. Paul Ryan’s call to reject “fake unity” and actually earn our way to a united party by November rings true. Trump and Ryan have been encouraged by their own progress. Here’s hoping they can work together to find a shared “Contract with America” that’ll bring the diverse factions of the GOP together to defeat Hillary Clinton.

Certainly, Donald Trump remains a moving target, walking back many of his provocative positions almost daily. He’s not a policy wonk, nor is he experienced in politics. His unique skills as an entertainer, showman and businessman have attracted believers who probably wouldn’t read a party platform if you paid them.

He’s successfully turned the anger and frustration with Washington’s political establishment into a winning strategy. His self-funded presidential primary run has attracted a record-setting, highly-motivated, truly grassroots voting public ready to rally behind him for real change.

He’s sold us an image of a tough guy who stands his ground and "tells it like it is!" It would be a mistake for the party to make him embrace the entire party platform. Voters have selected a man who rails against the Republican ”establishment” for caving on the things that matter most. But he now seems genuinely open to finding shared common ground, so let him run on the principles he does support.

Reagan won by reclaiming optimism for making America great again, smaller government, a revitalized military, and supply-side economics which produced economic expansion and jobs. Trump could embrace at least three of those winning principles and add some of his own.

Trump has become a champion of the middle-class majority tired of having jobs shipped overseas by his rock-solid focus on "America First:" "No country has ever prospered that failed to put its own interests first. Both our friends and enemies put their countries above ours, and we, while being fair to them, must do the same.” He stands for a strong military and has a pro-growth policy that means more jobs.

Reagan would be proud of his across-the-board tax cut plan creating four tax brackets, with the highest tax rate cut to 25 percent. He’s received criticism for saying that he’s open to raising taxes on higher-income Americans if necessary, but that would be only after his tax-cut plan is in place.

Trump promises to dramatically reduce and cut regulations and regulatory agencies in order to get the economy moving again. He wants jobs not more bureaucrats.

As President, Trump could appoint as many as five Supreme Court judges, and he’s promised to list the conservative judges he’d nominate.

His signature issue has always been limiting illegal immigration by securing our border by building a wall and ending sanctuary cities.

Without barring all Muslims, Trump promises to stop the insanity of allowing thousands of Syrian refugees and Muslim migrants from coming to America without proper vetting.

Still not ready to join the Trump bandwagon? Trump has promised to pick a respected VP with experience in working with Washington politicians. Don’t forget the thousands of appointments and cabinet heads filled by party faithfuls. A united party helps ensure that the Senate and the House will remain in GOP control. It’s time to elect a President and a team ready to make change work.

Let Trump continue to hammer the truth about democrats and “Crooked Hillary.” His comments are driving the left crazy. The Twitterverse is ablaze with attacks and threats should he actually win. There are reasons for their fear. Recent polls indicate that Trump is already even or ahead in some key swing states.

Is Trump smart enough to do the right thing and are we smart enough to help him beat Hillary? Sinking the Trump boat leaves Hillary at the helm of the next fleet of Democratic activists. That makes my choice simple. How about you?