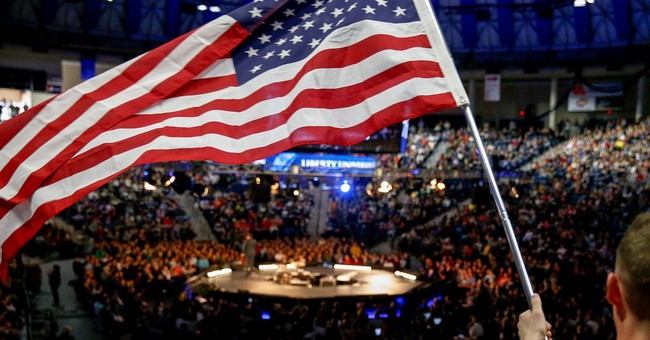 Freedom by its very nature is often offensive. We may not agree with what is said or done, but America has always reserved the right, within legal limits, to let citizens exercise their freedom of speech, even if it offends the sensibilities of others.

The freedom to express my opinions as a columnist is certain to offend some readers. Readers have the freedom to email me directly, write a letter to the editor, or write a comment online. Many do:

“You really drink the kool aid.”

“You should be ashamed of yourself.”

“It's going to be hilarious when Jesus returns and takes up those deserving and all those Conservative and Republican hypocrites are Left Behind!”

Taking a stand has natural consequences. Some applaud, and others rage and call you names. It will gain you business and lose you business.

Wikipedia provides a helpful perspective on freedom, “Freedom of speech is the political right to communicate one's opinions and ideas. The term freedom of expression is sometimes used synonymously, but includes any act of seeking, receiving and imparting information or ideas, regardless of the medium used.”

Government restricts certain speech, such as libel, slander, sedition, copyright violations, and hate speech, justified under the “harm principle”—whether one’s expression adversely “harms” another party. Being offended is not “harm;” it’s an emotional reaction that all experience.

In fact, if I’m offended by your being offended, I’ll get over it. Don’t let offensive statements of others have power over you or your self-worth.

In a recent interview, presidential candidate and Senator Marco Rubio suggested that political correctness is endangering freedom of speech and freedom of religion: “We are at the water’s edge of the argument that mainstream Christian teaching is hate speech. Because today we have reached the point in our society that if you do not support same-sex marriage, you are labeled a homophobe and a hater. So what is the next step after that? After going after individuals, the next step is to argue that the teachings of mainstream Christianity, that the catechism of the Catholic Church, is hate speech. That is a real and present danger.”

Note how the media distorted his statement: CNN reported on Rubio’s comments—“Gay marriage proponents pose ‘danger’ to Christianity.” Sun Times suggested that Senator Rubio called gay marriage a “real and present danger.” Salon suggested that Marco Rubio makes a clown of himself with the twisted logic behind his anti-gay “hate speech.” Such coverage takes a mainstream concern by many Christians and turns it into offensive “hate” speech, which supports Rubio’s point.

Today military chaplains are under enormous pressure to fully embrace political correctness. They’re being asked to use inclusive prayers that avoid the name of Jesus and avoid sharing Biblical admonitions against premarital sex or same-sex unions. Others need not join in prayer or accept the Biblical admonitions, but chaplains ought to be free to express the faith they’re called to serve.

Liberals wave “free speech” rights in attacking Christians, but where is liberal support for Christians standing up for their own free speech rights. Liberals don’t just want to be tolerated; they want to silence any criticism or statement that disagrees with their position.

Evelyn Beatrice Hall was the first to coin the phrase: "I disapprove of what you say, but I will defend to the death your right to say it." Let’s learn to disagree without being quite so disagreeable, but let’s never let verbal attacks silence us. We have been blessed to live in a country where we have the right to disagree. Exercise and defend that right. The appropriate response to hate speech is more speech, not silence.

America still passes the “Public Square Test.” A citizen can criticize a President, Christians, gay marriage, abortion, Sharia Law, and op-ed columnists and not be put to death by tyrannical authorities. May it always be so.