Time for Passengers to Profile and Act 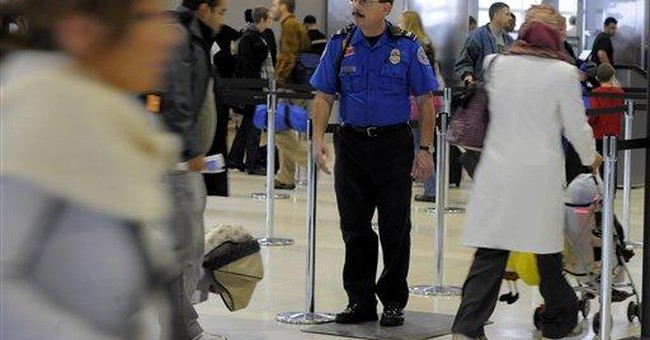 Americans now know that one Islamic terrorist sitting at a strategic point in an airplane can use a PETN (Pentaerythritol) explosive to take down an airplane. Richard Reid’s failure in 2001 and Umar Farouk Abdul Mutallab’s failure on Christmas Day does not minimize the threat. Detonating one small, hard-to-detect, latex-based container could kill hundreds and send our already struggling economy into a tailspin.

In both cases, we can be thankful for incompetent bombers, faulty explosives and the heroic action of the crew and passengers. But if the explosives had worked, those heroic actions would have come too late.

What is Homeland Security’s response? Are they calling for whole body scan imaging that may have found the explosives? Are they using aggressive profiling measures that have proved effective in Israel? Of course not! The privacy concerns of a few outweigh the safety such measures would provide.

Instead, they institute ridiculous measures that punish and inconvenience the innocent while doing little to deter or detect terrorists. Denying the use of laptops, going to the bathroom or covering oneself with a blanket in the last hour of flight is closer to torture than what they allow at Gitmo!

Citizens must do what politicians don’t have the courage or common sense to do. It’s time to profile and act.

Four years ago on a small regional flight, I noticed four Arab passengers sitting in different rows. One appeared to be reading a holy text, another an Arab newspaper, a third stared out the window. The final one closest to me was dressed in western clothes and seemed relaxed.

The rest in the plane were not relaxed. As an aging businessman, I scanned the plane for allies. Outside of the Arab passengers, I appeared to be the youngest passenger on board. I remembered seeing James Bond use a pen as a weapon to the throat, but I’m no James Bond.

On hold at the gate, a plan emerged: “If they are terrorists, wouldn’t you rather find out while on the ground?!” I leaned back to the more casually dressed man sitting near me, “Do you live here or in Chicago?” “Chicago,” he replied with a smile. “I coordinate corporate tours for visiting executives from the Middle East. We are returning from a tour of a plant in Indiana.”

The sigh of relief in the plane was evident; others joined in the conversation. We had profiled. We had faced our fears. We had found friends, not terrorists. Not all Muslims are terrorists, but the terrorists who wish to kill Americans are Muslim extremists. Whether it is politically correct or not, we’re all profiling. Profiling is not bigotry; it’s smart self-defense!

Al-Qaida continues to recruit people that blend into society. Remember, behavior-based detection is more than ethnic profiling. Be friendly to all the fellow travelers near you on the plane. Introduce yourself and try simple conversations focused on their trip. Use questions you would ask anyone: "How are you today?" or "Where are you heading?"

Professional behavior-detection officers are looking for specific micro-facial expressions that are hard to hide. Officers won’t share what they are looking for, but even you can look for behavior indicators that show a certain level of stress, fear or anxiety above and beyond what is normal while traveling. It’s the vague, evasive responses where a brief flash of fear shows itself. Be assertive but respectful in sharing any concerns you feel with flight attendants. Such concerns expressed early could trigger secondary screening that could save lives.

As a traveling business man with over 4 million miles logged, I’m ready to join any fellow citizens in an attempt to overpower any terrorists. I’m also ready to reach out to get to know my fellow travelers, whether they are Muslim or not. I’d rather have a new friend than an enemy, and I would rather check that out before takeoff.