The Greatness of Charlie Daniels

Terry Jeffrey
|
Posted: Jul 08, 2020 12:01 AM
Share   Tweet
The opinions expressed by columnists are their own and do not necessarily represent the views of Townhall.com. 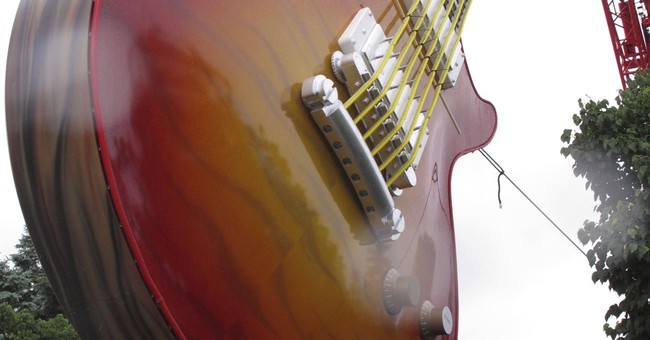 Charlie Daniels, who passed away Monday, was a great musician, a great man and a great example of what makes this nation great.

He should be remembered not only for his contributions to popular music but also as a role model for the American dream.

Starting from his high school days in North Carolina -- as he explained in his memoir "Never Look at the Empty Seats" -- he never turned away from his dream or the hard work needed to achieve it.

"I wanted to be a professional musician more than anything else in the world, and ever since I learned three chords on a guitar, that's all I cared about was playing music," Daniels told this writer in a 2017 interview.

In 1956, the year after he graduated from high school, he joined a band that had a contract to play at a bar that was nowhere near his home -- or his day job.

"When I first started playing, I was working a daytime job in Wilmington, North Carolina, and I was offered a six-night a week music job in Jacksonville, North Carolina, which was about 50 miles away," Daniels said in that 2017 interview. "So, I would do my daytime job; I'd go home and take a shower and clean up and head for Jacksonville.

"And I'd come back, get home about midnight, fall in bed and get a night's sleep and get up and go to work early the next morning and do the same thing all over again," Daniels said.

His biggest break did not come until almost a decade later.

He eventually settled -- at least for a while -- in Newport, Kentucky. Then the phone call came.

"In 1967, a friend of mine, Bob Johnston, called me," Daniels said in 2017. "He had just taken over Columbia Records in Nashville, and said, 'How would you like to move to Nashville?' And it took Hazel and myself all of about six seconds to say, 'Yes, we do want to move to Nashville.'"

"It was a tough move for a while," Daniels said. "Nashville is probably, well, at least one of the most competitive music cities in the country. You're throwing your hat into the ring. And it took a while to get your thing going, but that was probably the best move I ever made.

"I'd always wanted to live in Nashville," Daniels said. "I tell people now when I leave Tennessee, I want to go to heaven. It's the only other place I want to live more than Tennessee."

He then ended up having a regular gig at a nightclub called the Houndstooth. This time, he placed the call to Bob Johnston.

"I had been at the Houndstooth for almost a year, when Bob Dylan came to town to record another album with Bob Johnston and the Nashville pickers," Daniels wrote in "Never Look at the Empty Seats. "I was and still am a big Dylan fan and admirer, so I asked Bob Johnston if there was any way he could let me play on just one session."

As Daniels explained, it was customary in Nashville studios for musicians to hold three two-hour recording sessions in a single day.

"What is the thing, when you think back, that gives you the warmest feeling (as a musician) and you're most glad that you did that?" this writer asked Daniels three years ago.

"Well, as far as a studio musician would be concerned, it would be the Bob Dylan session," said Daniels.

"I was only supposed to play one session," he said. "I was filling in for somebody, and it ended up that he wanted me to stay, and asked me -- actually said when I was leaving: 'Where's he going. I want him to stay' -- type thing. And I stayed around for not only that album but two others. And that would have to be one of my -- that was a defining moment for me, when Bob Dylan kept me around. Because Bob is always putting the names of the recording musicians on the back of his albums. And being the kind of artist that he is, that everybody wants to know as much about him as they can, they actually read the liner notes, and they would see my name on there. It leant some validity to me in my career."

Four years after that, on his own third album, Daniels had his first big hit with the sublimely humorous "Uneasy Rider."

With dedication, hard work and wit, he made it into the top ten at the age of 36.

Through 2019, at 83, he was still working -- playing concerts all across the country.

"Why do you keep doing it?" this writer asked him in a 2015 interview.

"I thank God I make a living doing something I enjoy so very much. I'm very serious about that. It's a blessing. It's the desire of my heart. The night I was inducted into the Grand Ole Opry, I was 70 years old. I was beginning to think it would never happen, and it did. And I told the people that night when they inducted me, I said: 'The Bible says God will give you the desires of your heart.' You have just seen that come true tonight."