Terry Jeffrey
|
Posted: Aug 04, 2016 12:01 AM
Share   Tweet
The opinions expressed by columnists are their own and do not necessarily represent the views of Townhall.com. 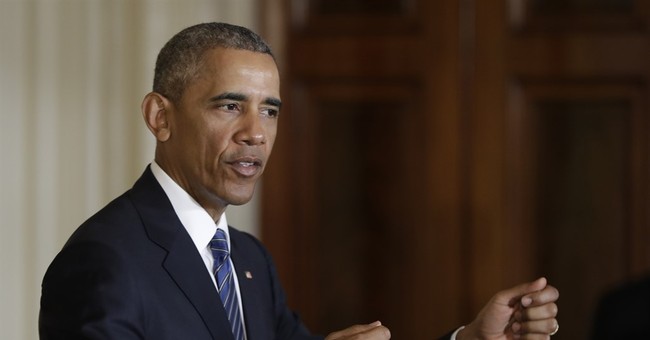 Has President Barack Obama, who leaves office in January, provided a good or bad model for those who will succeed him? Here are five ways he has disserved his office:

1. Obama has attacked the most fundamental God-given right -- the right to life.

Before he entered federal office, while he was in the Illinois state senate, Obama went so far as to oppose legislation that would have defined a born baby who had survived an abortion as a "person." As president, his dedication to maintaining the legality of killing unborn babies has guided everything from his Supreme Court appointments to the legal battles he has fought all the way to that court.

2. He has tried to force Americans to act against their religious beliefs.

The First Amendment guarantees the "free exercise" of religion. But Obama's administration issued a regulation -- under Obamacare -- requiring most health care plans to cover contraceptives, sterilizations and abortion-inducing drugs and devices. That regulation forces Christian individuals and employers to choose between violating their moral and religious beliefs and dropping their government-mandated insurance coverage. Obama's administration has fought in federal court to enforce this regulation that simultaneously attacks the right to life and freedom of conscience. His administration even fought the Little Sisters of the Poor all the way to the Supreme Court over this regulation.

3. He used the federal government to force individuals to buy a product he wanted them to buy.

The Obamacare law included a "requirement" that individuals "shall" secure health insurance. This marked the first time the federal government claimed the power to compel individuals to buy a product. Obama's administration argued that the government got this power from the clause in the Constitution that gives Congress the authority to "regulate Commerce with foreign nations, and among the several States, and with the Indian Tribes."

Yet people who do not buy health insurance are not engaging in commerce, they are refraining from it. This Obamacare mandate survived only because Chief Justice John Roberts wrote a nonsensical Supreme Court opinion arguing that the "penalty" the law imposed on people who failed to meet this "requirement" could be interpreted as a tax and justified by the government's constitutional taxing power.

4. He has tried to unilaterally change the immigration laws.

Obama's Department of Homeland Security adopted a policy -- which it called Deferred Action for Parents of Americans and Lawful Permanent Residents -- that would have allowed millions of illegal immigrants to stay in the United States with work authorizations and Social Security numbers. When unguardedly describing this policy in response to hecklers, Obama said, "I just took action to change the law." When Texas sued to stop it, Obama's administration argued it was an act of "prosecutorial discretion" not a "change" in the law.

5. He ordered the U.S. military to intervene in Libya's civil war without congressional authorization.

Obama unilaterally ordered the U.S. military to intervene in Libya's civil war in 2011 and said he was doing so to enforce a U.N. Security Council Resolution. "Actions have consequences," Obama said at the time, "and the writ of the international community must be enforced. That is the cause of this coalition." The rebellion that Obama backed with U.S. military force -- but without congressional authorization -- succeeded in removing then-Libyan dictator Moammar Gadhafi. Now, the Islamic State has established itself in part of the territory of post-Gadhafi Libya.

The Constitution gives Congress the power "to declare War," which, as James Madison recorded in his notes on the Constitutional Convention, leaves "to the Executive the power to repel sudden attacks." It does not give the president the power to unilaterally order U.S. military action in a foreign civil war to enforce what he calls "the writ of the international community."

A president who served the office well would respect the right to life and the free exercise of religion, refrain from forcing Americans to buy products they do not want and never usurp the powers of Congress to make the nation's laws and authorize the use of military force.