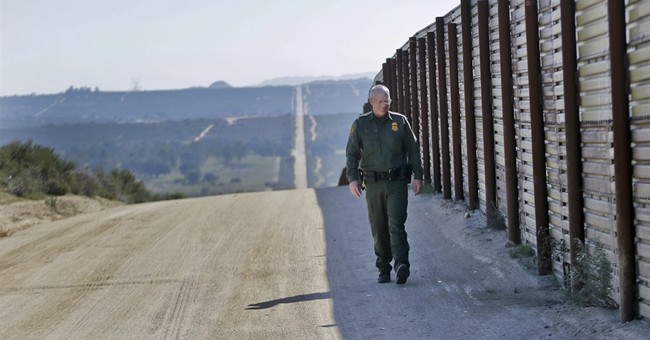 Sam, the wealthiest man in his neighborhood, lives in a big beautiful house with a massive backyard punctuated by a large, deep swimming pool.

While Sam is personally not very fond of children -- he supports abortion on demand and believes the government should force all employers to offer female workers free sterilizations -- he nonetheless lives in a neighborhood that teems with little ones.

The children are particularly attracted to Sam's beautiful pool -- and, on those rare occasions when Sam is actually in his backyard, he frequently finds himself shooing these children away.

Worried relatives have repeatedly warned Sam that he ought to build a fence around his yard -- or at least around his pool -- to guard against the awful possibility that a neighborhood child might otherwise drown.

But Sam does not want a fence. He objects that it would mar the aesthetics of his yard, and that if some kid really wanted to get into the pool he could climb over the fence. So, should Sam build one? If he went out one morning and found a boy had drowned in his pool, would he have some culpability for that child's unnecessary death?

The answers are yes and yes.

And, although it is not a perfect analogy, Sam's pool is a little like Uncle Sam's territory near our border with Mexico.

There is no doubt people are tempted to enter U.S. property without the permission of the U.S. government.

There is also no doubt this can be a dangerous, even deadly, thing to do.

The Associated Press reported over the weekend on the funeral of 15-year-old Gilberto Francisco Ramos Juarez. The funeral took place in Guatemala, but Gilberto died in Texas.

"The boy's decomposed body was discovered on June 15 in the Rio Grande Valley, not far inside Texas from the border with Mexico," AP reported. "Around his neck was a rosary he had received as a gift for his first communion as a Roman Catholic. Scribbled inside his belt buckle was the phone number of an older brother in Chicago he had hoped to reach. He apparently got lost on his way north and likely died from exposure in hot, dry brush country of South Texas."

This boy obviously believed he could illegally enter the United States and live here.

How did he get that idea? Did U.S. politicians send him that message? Yes, they did.

For years, elected and unelected officials in Washington, D.C., have refused to do their duty to enforce our immigration laws and secure our border.

They have sent a clear message to our southern neighbors: You need not respect our border. You need not obey our immigration laws. You can enter our territorial surreptitiously and stay here and work illegally. We will not prosecute you for the crimes illegal aliens routinely commit in the United States -- such as stealing Social Security Numbers and using false documents -- and we may well grant you amnesty and put you on a "path to citizenship."

In 2006, Congress passed the Secure Fence Act. It ordered the Department of Homeland Security to build "two layers of reinforced fencing" as well as "additional physical barriers, roads, lighting, cameras, and sensors" along approximately 700 specific miles of the U.S.-Mexico border.

These children are not stopped by the double fence Congress mandated 8 years ago; that fence was never built. Then-Sen. Kay Bailey Hutchison (R-Texas) later slipped an amendment into a government funding bill that gave the secretary of Homeland Security discretionary authority not to build it.

In 2011, PolitiFact reported that DHS had built 649 miles of fence along the nearly 2,000-mile-long U.S.-Mexico border. But only a fraction of that was the double fencing envisioned by the Secure Fence Act.
"DHS reports there are currently 36.3 miles of double-layered fencing, the kind with enough gap that you can drive a vehicle between the layers," said PolitiFact. "But the majority of the fencing erected has been vehicle barriers, which are designed to stop vehicles rather than people ... and single-layer pedestrian fencing."
If you were building a fence around your pool, would you make the fence so it stopped people, or only cars and trucks? Would you leave two-thirds of the pool unfenced?

The Guatemalan boy who died in South Texas is not the only victim of the willful negligence that the Washington political elite has shown toward securing our border. American workers who have lost their jobs or seen their wages diminished because of competition from illegal alien laborers are victims, too.

So, too, are those who have been victimized by drug smugglers and other criminals who have entered our country illegally.

So, too, are law-abiding aliens from distant lands who would love to immigrate to the United States, but must stand in line behind lawbreakers.

And so, too, our own children, who are likely to pay even a steeper price than we have for our political elite's growing contempt for the rule of law.