Did al-Qaida Win the Iraq War? 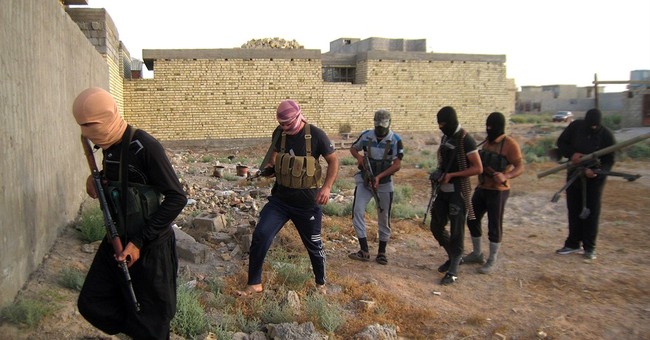 A dozen years ago, Congress authorized President George W. Bush to invade Iraq to prevent the regime of then-dictator Saddam Hussein from posing a threat to this country with weapons of mass destruction we later discovered he did not have.

In his second inaugural address in 2005, Bush described the broader utopian vision motivating his foreign policy.

"So it is the policy of the United States to seek and support the growth of democratic movements and institutions in every nation and culture, with the ultimate goal of ending tyranny in our world," Bush said.

To this end, he sought to create a free and democratic government in Iraq, a country in which a Sunni minority had long dominated a Shiite majority, and where a Christian population had managed to survive since before there was such a thing as Islam.

Iraq was a place we little understood, and where the primary legitimate interest of our government was making sure no one could get from there to here with the intent and capability of killing us and our children.

Barack Obama ran for president promising to end the war Bush started, and he repeatedly said two things about his plans for doing so. These were exemplified by a speech he delivered at Camp LeJeune in February 2009.

The first: "I intend to remove all U.S. troops from Iraq by the end of 2011." The second: "This strategy is grounded in a clear and achievable goal shared by the Iraqi people and the American people: an Iraq that is sovereign, stable and self- reliant."

In December 2011, when Obama did withdraw the last U.S. troops from Iraq, he simply announced his strategy had succeeded.

"Now, Iraq is not a perfect place," Obama said. "It has many challenges ahead. But we're leaving behind a sovereign, stable and self-reliant Iraq, with a representative government that was elected by its people. We're building a new partnership between our nations. And we are ending a war not with a final battle, but with a final march toward home. This is an extraordinary achievement, nearly nine years in the making."

Today, less than three years after Obama withdrew U.S. forces, a sectarian war divides Iraq. Sunnis are rising up against the Shiite-dominated government.

Who leads the Sunni rebellion?

"Iraq's al Qaida affiliate constitutes the most violent component of the Sunni rebellion that has become a major threat to Iraqi stability in early 2014," says a Congressional Research Service report published last month. "Often cooperating with elements of the group operating in neighboring Syria, the group currently operates in both Iraq and Syria under the name of the Islamic State of Iraq and the Levant (ISIL) or, alternately, Islamic State of Iraq and Syria."

"ISIL has led the insurrection that began in December 2013 and took control of Fallujah and parts of other cities in Anbar Province, including Abu Ghraib -- a mere 10 miles from Baghdad," said CRS.

Does this al-Qaida splinter group that has risen up in Iraq pose a threat to the United States? As reported in this column in February, CIA Director John Brennan told the House Permanent Select Committee on Intelligence that al-Qaida was using camps on both sides of the Syrian-Iraq border to "develop capabilities" that could threaten this nation.

"We are concerned about the use of Syrian territory by the al Qaida organization to recruit individuals and develop the capability to be able not just to carry out attacks inside of Syria, but also to use Syria as a launching pad," said Brennan.

House Intelligence Chairman Mike Rogers asked him: "Do you believe that there are training camps that have been established on either side of the Iraqi or Syrian border for the purposes of training al Qaida operatives?"

"There are camps inside of both Iraq and Syria that are used by al Qaida to develop capabilities that are applicable both in the theater as well as beyond," said Brennan.

"Do you believe that that ungoverned space presents a real threat to the United States of America, via al Qaida operations, or the West?" asked Rogers.

And, in this country that Bush dreamed of making a beacon of liberty and Obama declared a stable representative government, Christian churches now face an existential threat.

"Large percentages of the country's most vulnerable religious minorities, which include Chaldo-Assyrian and other Christians, Sabean Mandaeans, and Yezidis," says the 2014 Annual Report of the U.S. Commission on International Religious Freedom, "have fled the country, threatening these communities' continued existence in Iraq."