When Does COVID Stop Being COVID?

Ted Noel
|
Posted: Dec 23, 2021 12:01 AM
Share   Tweet
The opinions expressed by columnists are their own and do not necessarily represent the views of Townhall.com. 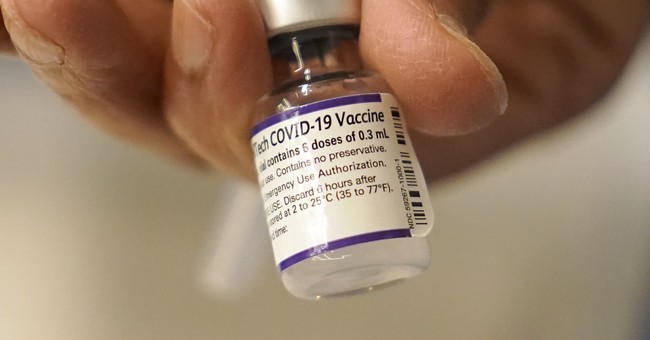 COVID-19 burst on the scene early in 2020 and rapidly became the biggest story of the year. We saw pictures of freezer trucks being used as morgues and medical staff in hazmat suits. The 2011 movie Contagion hung over every head like the Sword of Damocles. As the movie subtitle says, “Nothing Spreads Like Fear.” In a desperate rush for ratings, each network pushed more and more sensational stories, and kept the death count on chyrons so we would never be far from panic even when discussing a politician’s latest gaffe or the price of food.

As soon as Sleepy Joe stumbled into the Oval Office, the chyrons stopped, since the drive-by media could not allow anything to interfere with the premise that Bumbling Biden would “defeat the virus.” We could be panicked by the language of talking heads with case counts, as that came through the ears, not the eyes. Of course, as Delta, and now Omicron, have jumped to the front of the news, we have to ask “Quo bene?” Or in more common language, we must use Sutton’s Law and “follow the money.”

For the media, the answer is quite simple. “If it bleeds, it leads.” Fear grabs the attention of the viewer. So when the MSM hype “case counts,” we have classic panic porn. As long as they don’t get so over-the-top salacious that viewers won’t believe them, bloodier is better. If it gets my channel more viewers, then I’ll keep piling it on. In order to drive even more my way, I’ll spin it so it looks like my guys are on the side of all that is goodness and light, while painting the others as spawn of the devil. But what happens if COVID stops being COVID? My biggest bloodbath disappears. That can’t be good.

What about hospitals? They are among the largest beneficiaries of government largesse, and loath to give up on the public trough. Massive portions of their income derive from government programs like Medicare and Medicaid. When the CARES Act shoved more money at them for every COVID diagnosis we saw hospitals demanding that every patient be tested. A minimum of $13,000 for each positive result was too juicy a plum to leave on the sidewalk. Even now my friends in active practice report that hospital personnel nearly demand COVID tests for patients who are admitted with problems unrelated to any infectious disease. A patient who died of a heart attack in the ER got a nasal swab in the quest for filthy lucre after he died. “Show me the money!”

Bureaucrats such as the incompetent virologist who shall not be named have a different kind of payoff. The Law of the Bureaucrat states that the bureaucrat is the smartest person in the room. But to be the smartest person, you must be in the room. So constant media attention is a compensation far beyond any paycheck. It is validation. But this constant re-validation cannot happen if the problem for which your number was called does not exist. So nothing can be allowed to actually end the emergency.

And that word calls out the rewards of being Whitmer – or Cuomo – or Inslee – et cetera. In the distant past your state legislature naively assumed that someone occupying your office would actually have the best interests of the citizens in mind in an emergency. They granted you powers that you found so intoxicating that Courts had to be employed to yank them from your hands. And legislatures have found it necessary to reconsider their earlier actions.

All this malevolent behavior brings us full circle. When does COVID stop being COVID? Or, in the more important question, when does the COVID emergency end?

Anyone with an attention span greater than a two year-old realizes that Saint Fauci is constantly moving the goalposts. It doesn’t matter whether we’re talking about deaths, infection rates, vaccination rates, herd immunity, mask wearing, holiday observance, booster shots, or – deep breath – bubble wrapping infants against COVID (I made that one up – sort of), there are no definite end points. Infinite boosters seem to be the expectations, and COVID will remain Medusa – one glance and you’re dead.

First, mutations happen one at a time. That’s why Delta, the fourth named variant, has only two mutations on its spike protein. Second, viruses in the same family are well known to swap genetic material if they infect the same host. Coronaviruses happily do this with other coronaviruses, but not rhinoviruses, cytomegaloviruses, influenza viruses or others from across the street. So if one of the common cold coronaviruses happens to infect a host while its cousin COVID is already there, they can have a party swapping toys back and forth. It doesn’t matter whether the host is a person, wild animal, or house cat, the result is the same. We have a new virus.

Omicron is this sort of new virus. It has fifty plus mutations, with thirty plus on the spike. This means that it did not happen by mutation. It happened during a key party, most likely with a common cold virus. And that explains what we’re seeing. Omicron is sweeping the world like wildfire, as would be expected from lab data that shows it is five times as good at attaching to the ACE2 receptor as COVID. And as of this writing, the CDC website does not list a single death from Omicron. If the party guest was the common cold, we’d see a rare death here and there, but that’s all.

So far one death in Texas has been associated with Omicron, but we don’t know if Omicron was the perp or an innocent bystander. That’s not surprising, since it’s well understood that the original spike protein caused all the inflammation and blood clotting that killed so many people. If Omicron has a very different spike, then it’s no surprise that we aren’t seeing massive inflammation, blood clots, and cemetery markers with it. If we define COVID as that highly lethal Chinese missile, then Omicron isn’t COVID.

Scientists have arcane ways of naming viruses, so I won’t presume to tell them what letters and numbers should be assigned. But it’s quite clear by now. With a death rate “statistically indistinguishable from zero,” it’s time to call BS on the panic. Clinically, Omicron isn’t COVID. The vaccine for original COVID doesn’t work very well against it, and frankly isn’t needed, because Omicron isn’t a threat.

Omicron may in fact be the vaccine against COVID that the Dark Lord of Viruses says he wants. But it is flawed. It’s natural. It works. And it doesn’t leave room for large profits or extended TV appearances.