The Budget Showdown Concludes — with Setting up a New One 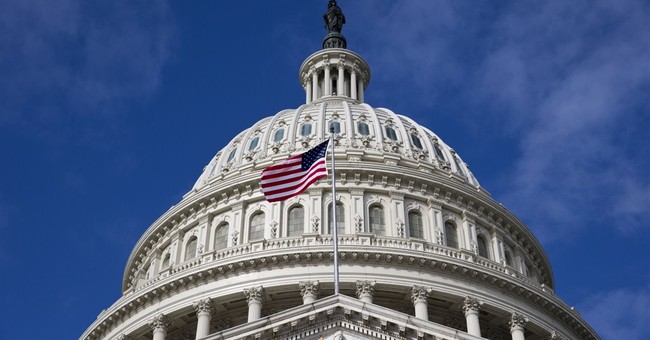 Back on September 12th, I wrote that insisting on defunding or delaying Obamacare in exchange for keeping the government open and/or increasing the debt limit would end badly for Republicans.

My assessment was based on the realities of the current political landscape. Yes, I would have loved to have seen Obamacare suffer a lethal blow. I would have also loved for a unicorn to show up at my door with a check made out to me for $1 billion.

Neither was going to happen.

The GOP absolutely should have used the continuing resolution as an occasion to hammer away on Obamacare. But as Dirty Harry said after he blew up Briggs’ car in “Magnum Force,” “A man’s got to know his limitations.” House conservatives and outside groups that pushed for the Republican leadership in Congress to go “all in” did not.

That’s a shame, because even Obamacare supporters have acknowledged that the Affordable Care Act’s rollout has been a disaster. Unfortunately, what should have been the dominant news story for the past two weeks took a back seat to the government shutdown and debt limit brinksmanship.

Instead of cultivating public support, Republicans succeeded in accomplishing the opposite. As Byron York correctly noted, “Instead of pounding Obama on the mandates, defects, false promises, and expense of Obamacare, Republicans ended up pounding themselves.”

So where does it all go from here?

The agreement that was reached will keep the federal government open until January 15th and the debt ceiling will have to be dealt with again at some point in February or March. Toss in the fact that sequestration goes into effect in January and — voila! — the stage has been set for yet another showdown.

A twist is that the agreement requires the House and Senate budget committees to work together on a plan for funding the federal government for the rest of the fiscal year. The budget conference is to report back to Congress a new “top-line” figure by December 13th, which would then (ideally) give the appropriations committees time to work out the spending bills needed to complete the budget process.

Republicans will want to eliminate sequestration’s cuts to military spending and make up the difference with cost-savings from entitlement programs. Democrats will want sequestration completely scrapped and ask for tax increases to make up the difference. Are Republicans going to agree to tax increases and Democrats to entitlement cuts … in an election year? I’d say the odds are about as good as getting the president to agree to defund his signature legislative “achievement” in exchange for reopening the government and increasing the debt limit.

Regardless, Democrats and Republicans will have to reach another agreement to fund the government and raise the debt ceiling early next year.

Were Obamacare’s unpopularity to continue to grow in the coming months, the GOP could have found itself with a stronger negotiating hand in that next showdown. Instead, it is looking likely that Republicans will find themselves in an even weaker position. My growing concern is that when the dust finally settles, Democrats will end up keeping Obamacare intact and obtain higher spending levels. That would be an outcome that might have been avoided had Republicans taken a more prudent approach to this budget showdown.

This article appeared on Daily Caller