Listening to the 'Unity' Buzz

Suzanne Fields
|
Posted: May 13, 2016 12:01 AM
Share   Tweet
The opinions expressed by columnists are their own and do not necessarily represent the views of Townhall.com. 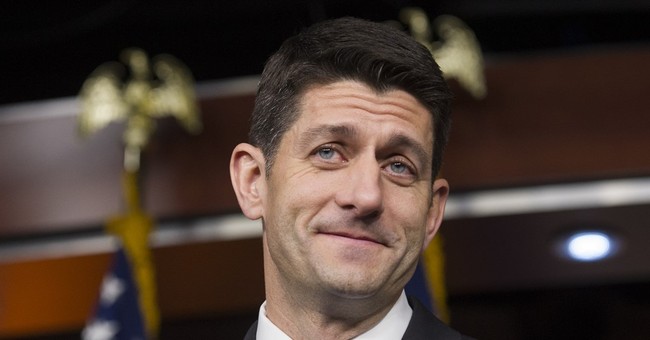 Trending
"Unity" is all the buzz among both Republicans and Democrats. Can unity, where everyone is finally happy with a settled argument, ever be achieved? If so, how? Mr. Dooley, humorist Finley Peter Dunne's fictional party regular, always brought brass knuckles to a Democratic unity meeting.

This year, as always, it's a question of who sets the terms for achieving "unity." When Donald Trump says he now owns the Grand Old Party, and he now gets to set the terms of unity, it's hard to argue his point.

We've come a long way since the Republican convention of 2012, when then-Rep. Paul Ryan, running mate of former Gov. Mitt Romney, asked voters everywhere, "Whatever your political party, let's come together for the sake of our country."

A few days later, President Obama, speaking from the Democratic convention, made his case for unity, with an assertion that America is "about what can be done by us, together..."

What a difference the passage of four years can make. Ryan, currently speaker of the House, and Trump had a sort-of unity meeting Thursday. Though neither man showed up with brass knucks, their conversation didn't settle anything. They agreed that winning in November was all-important, and both professed they look forward to meeting again. "We shouldn't just pretend our party is unified when we know it is not," Ryan told The Wall Street Journal on the eve of the meeting. "We can't fake it..."

The Democrats can't fake it, either, as Sen. Bernie Sanders wraps another rejection of Hillary Clinton in West Virginia. Not to worry: Conventional wisdom says everybody will come around, that both Democrats and Republicans will be magically unified by November. Well, maybe. But that's not the way to bet this year.

The division runs deep in America. Politically correct attitudes invite moral preening and stack the deck against the search for what we used to call "truth," an old-fashioned philosophical concept. On campus, where students are supposed to argue and spar with their teachers in the polite pursuit of knowledge, dogma reigns, and anyone who questions the dogma is ignored or vilified.

Trump's popularity comes from his "unfiltered" speak. Though often a spontaneous stew of ignorance and bravado, it challenges political correctness and stands out as something that, if not brave, is at least unscripted. He says what he likes with the freedom that everyone once felt.

Like it or not (and there's something to like, and a lot to dislike), what he says is not for sheep. It's not, for example, like the stuff that journalists reported -- like robots -- about President Obama's nuclear deal with Iran.

Benjamin Rhodes, Obama's deputy national security adviser for strategic communications -- his powerful foreign-policy adviser and speechwriter, who is said to have had a "mind meld" with the president -- told The New York Times Magazine how he used the authority of the president to manipulate reporters into accepting the administration's version of what was going on with the Iran arms deal. He boasted that he could feed the reporters predigested duplicity because they didn't have the intellectual grit, experience or skepticism to analyze the fictions he dished out.

He quickly learned that the young reporters he tutored with foreign-policy information were easy prey. "They literally know nothing," he said. And this enabled him, as spokesman for the administration, to be the master ventriloquist, manipulating his dummies.

Rhodes, the practiced fiction writer, becomes 21st-century support of philosopher Plato's argument for keeping poets out of his republic. Rhodes, "the master shaper and retailer," doctored the narrative, which the young reporters swallowed whole. He received no penetrating questions to draw out the truth because there was no one to pose such questions.

Every administration, Democratic or Republican, spins reporters. It's what administrations do. But the public, on the receiving end, is particularly vulnerable today because newspapers and television networks have recalled many correspondents and have no fresh facts to dispense. The digital "information" is where the public, particularly the millennial generation, gets most of its "news." And it's raw and unedited. When "news" does get a once-over edit, it tilts left.

A former "news curator" at Facebook told Gizmodo, a technology blog, that Facebook routinely suppresses news stories "of interest to conservative readers." Several other former curators (who are responsible for posting news on the network's "trending" module) told Gizmodo they were instructed to "artificially 'inject' selected stories." Certain topics that don't fit the company's obviously left-leaning ideology were "blacklisted." Facebook said these accusations aren't true. But what is true is that Facebook, with a reported 167 million U.S. users, influences voters who are satisfied with lightly once-overed news.

Author Paul F. Boller, the chronicler of political campaigns, tells how America's first presidential election was thoroughly undemocratic. "There were no primaries, nominating conventions, rival candidates, campaign speeches, or debates on public issues," he writes in his book "Presidential Campaigns." President George Washington won as a perfect expression of the popular will. The Founding Fathers were not sure if the people would choose wisely after Washington, and today, more than two centuries later, we're still not sure. We can only hope for the best.