Women are Key to November: What Do They Really Want?

Suzanne Fields
|
Posted: Mar 25, 2016 12:01 AM
Share   Tweet
The opinions expressed by columnists are their own and do not necessarily represent the views of Townhall.com. 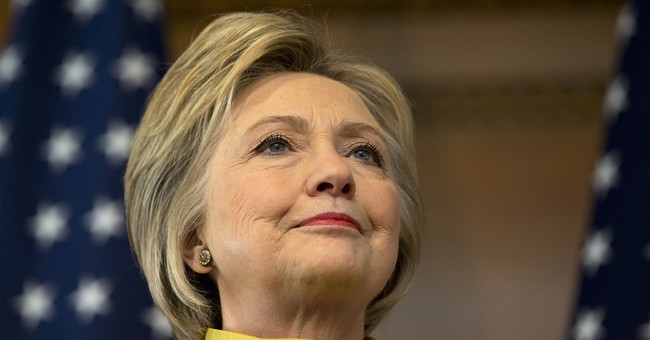 Trending
Women think men are transparent and easy to figure out. Everybody knows that. But women are a puzzle to men -- ask any man. When Sigmund Freud posed his famous question, he confessed that even he had no answer.

"The great question that has never been answered, and which I have not been able to answer despite my 30 years of research into the feminine soul," he wrote to one of his precocious female students, "is, 'what does a woman want?'"

The man who popularized psychoanalysis couldn't come to a conclusion on this matter. It's clear to everybody, though, that what women want today is: what everybody wants. Women want everything. Some women have speculated that Freud was only being coy or playful, but his question lingers. This is the season where presidential candidates -- and every other office, large or small -- must ponder, as billions of dollars ride on the answer.

Hillary Clinton is betting everything on women's issues, and has based her campaign on pandering to the feminist vote. Donald Trump, ever the outlier, seems to be basing his campaign on insulting and aggravating women. It's not unlikely that some women will take revenge for the Donald's crudities aimed at the female persuasion. He has tapped into his well of anger; women can, too. People are full of surprises.

Clinton's polling gurus were surprised early on to find that many young women are not as enamored of the former first lady as expected. Some find her self-centered and see her as a flawed role model. The strength of Clinton's female vote is concentrated in what the French call "women of a certain age" These women are inclined to sympathize with feminism even if they don't buy all the particulars; they learned the hard way to overcome barriers erected in politics and business. But younger women who follow these pathfinders don't feel the constraints their mothers and grandmothers did. They've broken through glass ceilings in many different careers.

A recent study from the Harvard Graduate School of Education, however, finds disquieting implications for feminists who imagined that every woman would one day join them and march to the beat of the same drum. Researchers surveyed thousands of boys and girls; they found that resistance to female teenage leaders exists among teenage boys and teenage girls. There's even resistance among some mothers of daughters. "These biases," the researchers say, "could be powerful barriers to leadership for a generation of teen girls with historically high levels of education who are key to closing our nation's gender gap in leadership."

These findings suggest that "much can be done to prevent and reduce gender biases in children." Conservatives would argue that the researchers have only rediscovered something inherent to the female nature: The resentments of teenage girls are the natural jealousies that begin early in life.

The study's results reflected the answers of 20,000 boys and girls of diverse economic and ethnic backgrounds from 59 middle schools and high schools. Focus groups and individual interviews followed. One conclusion is that teenagers of both sexes hold biases against female leaders in powerful professions and occupations, such as politics.

"Our study points to insidious bias against girls as leaders that comes from many sources," says Richard Weissbourd, senior lecturer at the Harvard Graduate School of Education. "Bias can be a powerful -- and invisible -- barrier to teenage girls' leadership. Yet parents and teachers can do a great deal to stem these biases and help children manage them."

It's easy to make too much of a survey of teenagers, who usually have little interest in anything beyond their own concerns. Their opinions are often merely whims that are as fleeting as the weather. Most of the teenagers surveyed actually had no settled opinion about the place of girls in teenage leadership. But considering that women have recently been dropping out of the labor force in measurable numbers, the implications for the future are nevertheless profound. Clinton's ultimate performance may have a strong impact on how young women see themselves as prospective leaders.