What Do Women Want This Year?

Suzanne Fields
|
Posted: Jan 15, 2016 12:01 AM
Share   Tweet
The opinions expressed by columnists are their own and do not necessarily represent the views of Townhall.com. 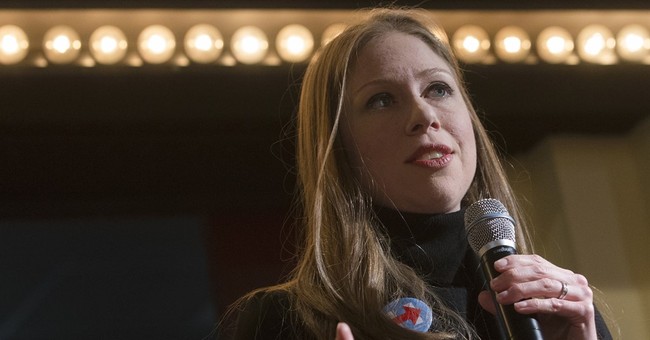 Eight years ago -- that's a generation in presidential politics -- Hillary Clinton expected that as the first woman in the Oval Office she would be making the State of the Union address this week. Instead she's in Iowa and New Hampshire, up to her knees in snow and slush again, fighting off Bernie Sanders, who was left for dead a month ago and has suddenly begun rising in the polls in both states, inflicting severe dyspepsia in the Clinton camp.

But this is not the Year of the Woman, and "women's issues" are not front-and-center this year. Clinton's not trying to make it so. This time around there are different kinds of women voters, and many of them don't see the world through a feminist lens. Younger women aren't impatient to see the first woman in the Oval Office, because they see smart, capable women ascending everywhere. Nearly everyone recognizes that women have the intellectual and academic smarts to succeed, going off to professional schools in greater numbers than men. Young women understand that a woman's making it to the White House is only a matter of time.

Young women have worries and concerns that transcend politics, worries and concerns that can't be easily fixed in the political arena. These women confront a contradiction central to feminist theory, a contradiction that was not anticipated when Gloria Steinem dressed up as a bunny with a cotton tail at the Playboy Club, all to protest male chauvinism.

What the older feminists did not anticipate was how dramatically sexual attitudes would change. They didn't foresee that many young women, who were taught that autonomy was central to women's liberation, would be ill-prepared to withstand the consequences. Young women would inherit a freedom that many would find difficult to handle. Some women were strong enough to play by men's rules; many were not.

The change in sexual attitudes has become particularly confusing to women on campus. Men and women have continued to give each other mixed sexual signals, leading to misunderstanding, frustration and fear. Anxieties have been exacerbated as parents, who once were the moral tutors, have abandoned their roles as gatekeepers. What followed has been an epidemic of rape accusations, if not always actual rape, at many universities. One woman achieved media immortality by carrying her mattress around the Columbia University campus as an updated "Scarlet Letter," to focus attention to the man she said had done her wrong.

Rape, which once was a capital offense, has become diminished and trivialized to the pain of both men and women, victims of "he said, she said" perceptions. College administrators finally realize late that many of the young in their keep are unprepared to deal with their sexuality. No one wants to bring back the Victorian rules of yesteryear, but many seek better ways to educate in a world that changes with mystifying speed.

Jonathan Kalin, 24, founded "Party with Consent," an organization that teaches, sometimes with Hollywood movies, "cool" ways for college men and women to learn how to say what they mean. It's not the stuff of romance, and it's not "Romeo and Juliet" or even "Casablanca," but it aims for the effective clarity of plain expression. Homework assignments might include learning a whole new vocabulary (perhaps not with the rigor of Latin declensions) to require a young man to listen more closely to his beloved's emotional responses on a "spectrum of consent." Is she offering enthusiastic consent, implied consent or reluctant permission?

Such programs require students to understand that drunkenness, a big problem on campus (and for the neighborhood surrounding the campus), confuses the meaning of consent. This is particularly important because lectures in how to behave are usually followed by raucous parties with bands, open bars and bowls of brightly colored condoms printed with the phrase, "Did you consent?"

This would be easy to satirize if it weren't so sad. Some programs reduce new sex education to the traffic-school model, and liken consent signals to the signals of traffic lights: red, yellow or green. This isn't all that different from the campus of the 1940s and '50s, when the grandfathers of this generation boasted to each other of getting to first base, striking out or hitting a home run.

In the campaign season, pundits over-generalize about the "woman's vote" and the "woman's voice," dividing women up into narrow categories, simplifying the meaning of feminism and overlooking the larger cultural framework where women live. Long ago, Sigmund Freud asked naively, "What do women want?" The answer changes from generation to generation, but the question survives no matter who's running for president.