Starving the Soul on Campus When Computer Science Replaces the Classics 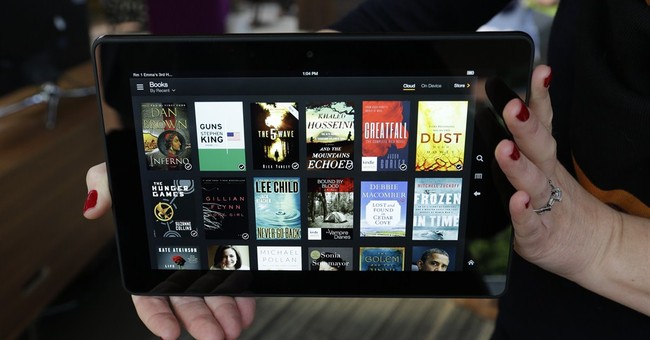 April is the cruelest month, and August is the melancholy month. Even the crickets sing a different song at dusk as August begins summer's slow retreat. Children listen for the back-to-school bells as autumn closes in and the days begin to get noticeably shorter.

Bicycle baskets morph into book bags. Sandals give way to tighter shoes, and the days of flip-flops are numbered. Sand from the beaches becomes the sand through the hourglass in the science lab. Free spirits are rounded up and structured into classes of whiteboards and textbooks overflowing with data. Teachers promise expeditions to new frontiers of knowledge.

But the mournful crickets have a point. Some critics argue that the colleges are turning students into intellectual zombies, never touching their souls. William Deresiewicz writes in The New Republic how the young at the elite colleges are so focused on making a return on their investment they're not interested in what makes them interesting people. Expensive accomplishments required for making it into the Ivy League, such as high SAT scores, the fruit of expensive private schools and tutors, extra-curricular activities of do-good adventures in poverty work on the other side of the globe or a mastery of violin, cello or clarinet (preferably all three), exhaust the spirit, if not the mind.

Top applicants become trapped in a "bubble of privilege," taught to regard affluence, status and credentials as the crucial life values, more concerned with conforming to standards of "excellence" at the expense of the exhilaration that comes with the personal discovery of new ideas in the great writers of the classics. Mr. Deresiewicz tells of a student who left Yale complaining it was "stifling to the parts of yourself that you'd call a soul." Introduction to Computer Science is the most popular freshman course at Harvard. The English major is almost extinct, and economics, "the dismal science," is the top major at 26 of the nation's top 40 universities and colleges.

A wit once observed that if man had made the progress in the culinary arts that he has in education, he would be eating soup with his hands. It's no better now. A modern casualty is the English major, who studies literature to better understand the perplexities and complexities of life. Classic literature holds up a mirror to human nature, exposing a multitude of experiences that make up the human condition, developing a many-angled point of view. The mirror delivers provocative glimpses into the truth of experience through insight into what Matthew Arnold called "the best that was known and thought in the world."

One wonderful book of summer reading that's good for the cold, gray days ahead is "A Literary Education" by Joseph Epstein, a collection of essays for adults eager for their children to get a literary education and to avoid joining an endangered species.

His essays span a half-century of the thought of an educated man who studied English literature at the University of Chicago in the 1950s, who considers the changes in education over the past 50 years as changes in the wrong direction. He describes the kinds of ideas he wanted his students to take away from the books he taught at Northwestern University for more than 30 years, "from Charles Dickens, the importance of friendship, loyalty and kindness in a hard world; from Joseph Conrad, the central place of fulfilling one's duty in a life dominated by spiritual solitude; from Willa Cather, the dignity that patient suffering and resignation can bring; from Tolstoy, the divinity that the most ordinary moments can provide -- kissing a child in her bed goodnight, working in a field, greeting a son returned home from war." He goes on, but you get the idea.

He's a man of his time and above his time, a thoughtful writer in a digital-oriented world of blogs, Twitter and Facebook, where ideas shrink to spontaneous exchanges of disjointed messaging.

Those who brave a major in literature today bear the burden of working through narrow political ideas and arcane critical theories based on gender, race and class. This is especially true at the elite universities. But that's not the only reason the study of literature has fallen on hard times.

The liberal arts were once the classes that sustained the soul in harmony with the utilitarian subjects. They must be required study lest they be passed over. The new technology may alter the way students learn, think and behave; college recruiters emphasize creature comforts, luxurious dorms, gyms, swimming pools and athletic fields. Good things, to be sure, but not enough. Not nearly enough.