Politics of Poetry Deprives Young of Their Heritage 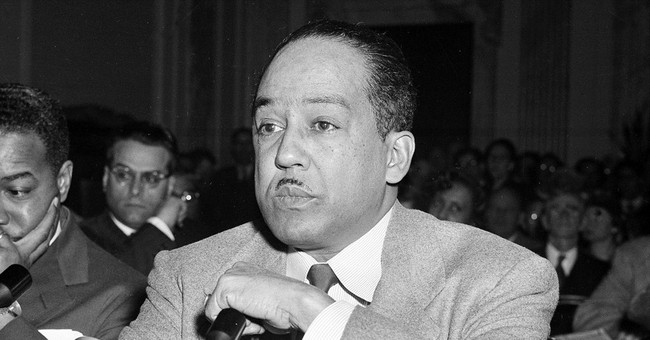 Trending
The other day a teacher of a ninth-grade English class at an elite private school in the nation's capital asked students who had transferred from public schools to list the poets they had studied. Several hands shot up, eager to tell. When one of them said "Langston Hughes," the hands quickly went down. Langston Hughes, a distinguished black poet well worth reading, was nevertheless the only poet they knew.

Gone from their classrooms were the old staples, Samuel Coleridge's "The Rime of the Ancient Mariner," Emily Dickinson's "Because I Could Not Stop for Death," Walt Whitman's "O Captain! My Captain!" These poems once were essential parts of a child's poetic repertoire, learned before high school. Many public school students are cheated now by the politically correct, deprived of a sense of the sweep of poetry power that once made up the common cultural heritage.

Kids don't get to dance with the daffodils, grow thirsty with "water, water, every where/Nor any drop to drink," and read "Quoth the raven, 'Nevermore.'" They never know the playful fun of teasing someone with big feet as having "longfellows."

Help may be on the way. Last week James Billington, the librarian of Congress, named Charles Wright as the new poet laureate of the United States, a man who thinks poetry leads to thoughtful reflection, a scarce commodity indeed in contemporary Washington. Mr. Wright, a soft-spoken Southerner who keeps a lock of Robert E. Lee's hair on his desk, is apolitical in a political world. He finds "the true purpose of poetry to be a contemplation of the divine -- however you find it, or don't find it."

Such refreshing insights could usher in a new appreciation of language, reviving an interest in the importance of the precise word in the right place at the right time for those addicted to the idiomatic shortcuts of texting. This is particularly good news for conservatives since the use of precise language conserves what's left of the best in a debased media culture where talk drives out the written word.

If the young have heard of Robert Frost, it's only because they know he read one of his poems at John F. Kennedy's inauguration, but they have no idea what he meant by "the road less traveled." Few have heard of the romantic poets. Mention Shelley and teenagers think only of Mary -- they've read about "Frankenstein," but know none of her dead white husband's odes.

Ray Bradbury's novel "Fahrenheit 451" is science fiction, popular with young people, the cautionary tale of a society in the distant future that burns books (hence the title, the temperature at which paper spontaneously catches fire), but erasing classics from the curriculum erases them just as effectively, often replacing them with screeds about race and gender. Poets change from generation to generation, but the idea of sharing a common culture of poetry with a foundation of critical reading must remain. Poetry, whether from Chaucer, Shakespeare, Milton or others is on an endangered-species list in high schools and universities.

In the public square we debate the value of the Common Core to raise academic achievement and question whether tenure for public school teachers is unconstitutional, as a California Superior Court recently ruled, but we pay scant attention to the way we deprive children of fine poetry as a means to sharpen language, stimulate imaginations and memory, and bring rigor, vigor and discipline to their writing.

"Poetry was long ago shoved aside in schools," writes William Logan, author of "Guilty Knowledge, Guilty Pleasure: The Dirty Art of Poetry," in The New York Times. "A child taught to parse a sentence by (Emily) Dickinson would have no trouble understanding Donald Rumsfeld's "known knowns and unknown unknowns."

Shelley described poets as the "unacknowledged legislators of the world." In Washington we deal with acknowledged legislators. News from the Middle East (nearly all of it bad) might be leavened by passages from Shelley's "Ozymandias," telling how the monument of the "king of kings" is reduced to two vast and trunkless legs of stone in the desert, surrounded by decay and "the lone and level sands stretch far away." "The Second Coming" by William Butler Yeats certainly tells it like it is, where "the best lack all conviction, while the worst/Are full of passionate intensity."

"Without poetry there's just talk," Charles Wright, the new poet laureate, tells the Paris Review. "Talk is cheap and proves nothing. Poetry is dear and difficult to come by. But it poles us across the river and puts music in our ears. It moves us to contemplation." Are we listening?