A Perfect Day for Salinger 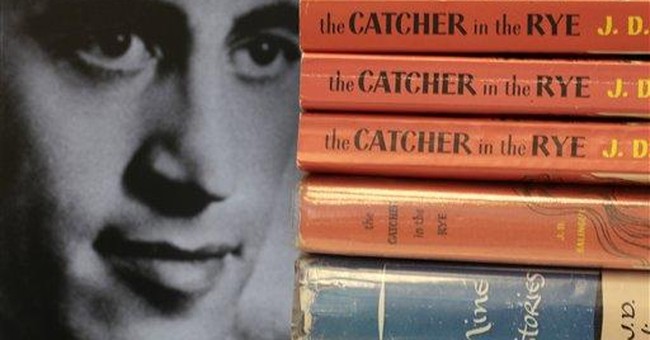 The news of the death of J.D. Salinger recalled the famous Dorothy Parker quip on being told that Calvin Coolidge was dead: "How can they tell?"

Of all the iconic writers of the second half of the 20th century, Salinger let us down most. Like one of his characters who demanded "authenticity," the author hid behind being authentic only to himself. He escaped constant public acknowledgement after publishing "The Catcher in the Rye" and only a dozen or so short stories.

He was not a man of his time. In our contemporary culture, which catapults good, mediocre and lousy writers into the den of lions for the rest of us to wait impatiently for the kill, he would not be pushed, shoved or flattered to engage. He rejected his 15 minutes of fame -- or as one obituary writer put it, "he was famous for not being famous."

Unfortunately, he was too pained to write for anyone but himself, and possibly for posterity if he left anything to be published posthumously. He shunned interviewers and wouldn't be exploited with tales of "mixing memory and desire," to quote from one of his short stories quoting T.S. Eliot. What has been largely overlooked in the discussions of Salinger's works after his death is the intelligent reading behind his writing. Ambitious teenagers would do well to imitate.

Holden Caufield, the narrator in "Catcher in the Rye," not only immortalized adolescent angst, he showed how it was smart to be smart. He had been kicked out of school, but not because he wouldn't read, even books he thought might "stink." He loved "classical books" and fantasized he might have been friends with the authors of the ones he liked best. Holden didn't want his own biography told like that of David Copperfield, but he knew "David Copperfield" well enough to criticize it. He was not a dumbed-down boy.

I spent the weekend rereading most of Salinger's work (a slender legacy) and learned to my pleasure that the novel and short stories remain refreshing and wonderfully innocent and politically incorrect. His characters smoke, but the reader follows the dim light and the falling ash of the cigarettes as contributing to the meaning of the action. When Seymour, an adult in the short story "A Perfect Day for Bananafish," talks to a little girl about the tale of "Little Black Sambo," the tale is not condemned as racist but cherished as a poetic point of common reference in an amusing fairy tale:

"Did the tigers run all around that tree?"

"I thought they'd never stop. I never saw so many tigers."

"Only six!" said the young man. Do you call that only?"

That's an artist's way of getting the perspective right.

In "Catcher in the Rye," Holden Caufield is not Huckleberry Finn, but he's a true literary descendant of Huck, imparting the wizened thoughts of a kid who can see through the phonies and the pomposities and insecurities of both children and adults. Other characters do likewise. Watch Lane, the boyfriend in "Franny," order snails and frogs' legs, telling those little froggies to "sit still." Snobbish foodies today could learn from his caustic criticism tempered with delicious wit. Who doesn't believe that Salinger's favorite food was the hole in the doughnut?

Huckleberry Finn takes the measure of human nature from those who live on the Mighty Mississippi; Holden Caufield exposes the sophisticates in and around New York City. If I were still a teacher, I would challenge my students to write a page of "Catcher" in words from their own experience, just to see how hard the craft really is. No tricks of Harry Potter allowed, no pushing a plot around or employing vampires to sexually titillate adolescents. Holden, a true child of the '50s, complains that he doesn't understand what a girl means when he's necking with her and she tells him to stop. His voice, unlike vulgar contemporary adolescent jargon, displays perfect pitch in capturing the budding perplexity and puzzlement of an early sexual encounter.

"Catcher in the Rye" takes its title from an overriding metaphor. Holden weaves a fantasy image of himself standing at the edge of a crazy cliff near a field of rye. When children playing a game in the rye above the cliff begin to fall off it, it's Holden's responsibility as the only big person around to catch them. The pleasures of childhood can be dangerous and difficult, but he doesn't want them to miss those thrills. Salinger gives the catcher an authentic voice in the terrifying space between childhood and adulthood. Too bad this remarkable author wouldn't let us be his friend, too.