An 'Obama Effect' on Learning 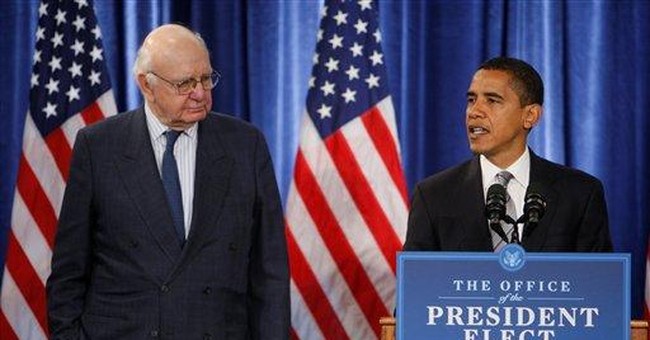 Everybody wants a fix for the crippled system for educating our kids, but we're all alchemists. We think we can discover that elusive perfect formula, the magic bullet, the miracle elixir, the silk purse fashioned from a sow's ear, but all we get are mixed metaphors. The latest discovery is the "Obama effect."

Three distinguished professors say they've discovered a closing of the performance gap between black and white since the election of the new president. President Obama has not yet turned water into a mellow Cabernet, but perhaps it's because he's been busy raising low test scores to higher ones simply by occupying the Oval Office.

In a study of 472 Americans -- 84 black and 388 white, ranging in age from 18 to 63 -- who took a test of 20 questions before the presidential election, blacks got only 8.5 correct. Whites got 12 answers correct. After Barack Obama was elected, Ray Friedman, a management professor at Vanderbilt and one of the authors of the research, tells The New York Times, the gap between black and white became "statistically nonsignificant." The test questions were taken from the verbal section of the Graduate Record Exam.

Conceding the small sample, Ronald Ferguson, a Harvard professor who studies black-white achievement disparities, nevertheless says the study suggests that "Obama's election could increase an African American's sense of competence, and it could reduce the anxiety associated with taking difficult test questions." If true, we should anticipate racial disparities on standardized tests to diminish at least as long as we've got a black president. Who needs to read great books when the teacher in chief can wave a magic wand?

These results may merely emphasize poor research by professors who must publish or perish, but it casts a flashlight if not a spotlight on the idea of test scores as a measurement of learning. Students learn what to expect and study for scores rather than for knowledge. Testing usually tells very little about what a person has learned.

We've seen a dramatic change in the perceptions of how children absorb information. We've learned that there are simply no quick, easy ways to raise learning levels. Self-esteem and "role models" have little to do with learning -- parents must monitor their children's study habits. Merit pay and teacher accountability help school administrators pinpoint the best teachers, and this would help if the unions don't obstruct the clearing out of teachers who should get jobs in other lines of work. That's a very big if.

There are the bright spots: Thousands of bright college graduates who avoided "Mickey Mouse 'education' courses" have joined Teach for America and are assigned to low-performing schools, demonstrating what can be done.

But it's harder to overcome a culture of low expectations and obstacles to true learning. Many young people have lost the ability to enjoy silence and solitude, crucial ingredients for disciplined learning. The electronic culture has many virtues, providing quick access to information, but the din and dependency on interactive communication obstructs contemplation.

Someone alone at a computer is not alone at all, but risking addiction to stimuli banging into his consciousness from a thousand sources. Students "text" each other during class, and cell phones interrupt walks in the park, concerts and lectures. Many schools won't allow a moment of silence at the beginning of the day because someone might suspect that a classmate is lost in a divine reverie.

Who can understand what Walt Whitman meant when he said, "I loaf and invite my soul"? Many young people who find Thoreau a hero couldn't endure his isolation.

The National Endowment for the Arts has documented how few read for pleasure. In bemoaning the end of solitude, William Deresiewicz in the Chronicle of Higher Education describes technology as a robber of privacy, of the pleasure taken in being alone, the ability to enjoy the self that thinks while reading. The Internet shortens attention spans, and the reading of books is reduced to skimming and skipping. No one dare asks, "What did you read today?" because the list is so long. No one could remember, anyway.

"I believe," Thoreau said, "that grown men are still afraid of the dark." Today, they're afraid of the "blank screen," an iPod with dead batteries or a Facebook without friends. President Obama grew up with books, both fiction and non-, devouring them for ideas and insights. He learned to love words, the power of poetry and the gifts of philosophy. If there is a bully pulpit for an "Obama effect," the president should use it to encourage serious reading and the solitude books require.