Why This Conservative Won't Back Trump

Susan Stamper Brown
|
Posted: Mar 08, 2016 12:01 AM
Share   Tweet
The opinions expressed by columnists are their own and do not necessarily represent the views of Townhall.com. 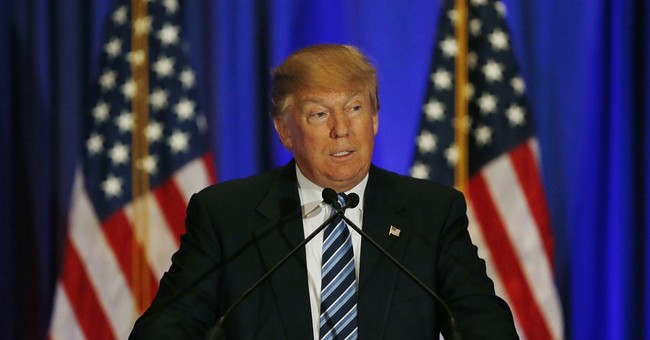 While pro-Trump pundits do their best to rationalize the sewer talk flowing from the stage after the most recent GOP debate, please understand that the problem is really not that complicated.

We do not need psychologists, campaign analysts or even cable and radio show hosts to defend the reprehensible, puerile locker room talk erupting from a man who's preoccupied by the size of his unusually small hands, yet thinks he's qualified to represent the face of America to the world.

I just heard Rush Limbaugh blame the trash talking on liberals. He's partly right. Let me explain. 1 Corinthians 15:33 tells us (or One Corinthians for all you Trumpsters): "Do not be misled. Bad company corrupts good morals (or good character)." Even non-believers tell their kids to choose friends wisely. Practically speaking, the opposite is also true - running with the right crowd shields us from developing bad habits, challenging us to become the best possible version of ourselves. Obviously, we know where Donald spends his time.

The lifetime Donald's spent schmoozing with the crass class of corrupted liberals like the Clintons made him everything that conservatism is not. Now he wants to join and lead us, but he's hauling with him a boatload of baggage and a whole lot of likeminded people who care nothing about what he says, just the bombastic way he says it.

Indeed, Trump's a magnet. He brags he's expanded the Republican Party to include some very mean and angry people. But magnets have two poles, so while he's attracting people who indulge in expletives on social media like Reagan indulged in jelly beans, he's repelling a "YUGE," way-bigger-than-his-hands group of conservatives.

I am one of the repelled.

The #NeverTrump crowd grows. My principles won't let me vote for Trump. Ever. Everything Trump represents, I am against. I believe in small government and religious liberty, not unconstitutional government influence. I am pro-life, so I stand against public funding of Planned Parenthood. I support the U.S. Constitution, so I cannot support a tyrant who says he'd force military members to break the law and their consciences to participate in illegal torture methods and the killing of innocent people. My belief system demands that my president have integrity of character in all facets of his life, because my vote entrusts him with my life. And I believe he should be a man of humble spirit who has reverence for the Almighty, not someone so full of himself he has no need for forgiveness.

Should Trump become the nominee, I will sit out the next election because I refuse to choose between two evils. Period. As Charles Haddon Spurgeon once advised: "Of two evils, choose neither." I choose neither. I join a growing group of conservatives willing to say "NO!". No more. Enough. I refuse to compromise my conservative beliefs for the sake of a party which no longer represents me.

After watching the debate, the book of Habakkuk came to mind. It is almost as if the Old Testament prophet Habakkuk was describing the state of things in America in 2016 when he said: "I am surrounded by people who love to argue and fight. The law has become paralyzed, and there is no justice in the courts. The wicked far outnumber the righteous, so that justice has become perverted."

I am passionate because I understand this is much bigger than one election or Donald Trump's unusually small hands. We are fighting for the soul of this nation. The Almighty is patient, but his holy nature only allows wickedness to prosper for a season. From bended knee I humbly say "no" to a Trump presidency. #NeverTrump.