Steve Sherman
|
Posted: Nov 22, 2016 1:32 PM
Share   Tweet
The opinions expressed by columnists are their own and do not necessarily represent the views of Townhall.com. 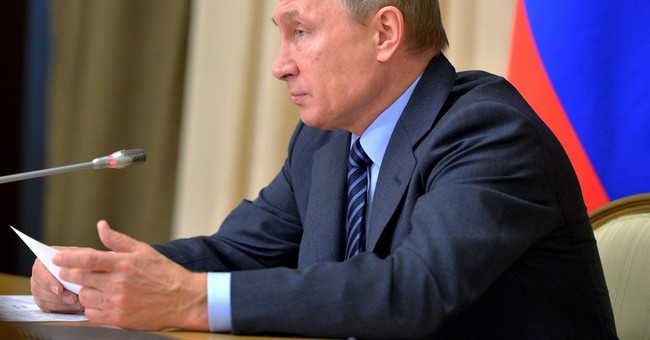 Donald Trump stunned most of the world with his unexpected upset of long-time crony and career politician, Hillary Clinton. His mandate is undisputed, but his challenge is great. Trump won on a message of change. His promises are wide ranging, but many focus on cleaning house and sweeping out the business as usual corruption that has run rampant under recent administrations.

Trump used the phrase - “Draining the Swamp.” Sometimes, that is easier said, than done.

Many politicians are literally in bed with lobbyists for the cause they are either very passionate about or the one that pays the best. Kicking the lobbyists out of politics is as difficult as it is necessary. The new administration is taking shape and the critters from the swamp are looking for new places to land. They don’t want to be eliminated and are not going to be drained without a fight.

To succeed the Trump Administration will need to be very careful who they hire. As the places of power are being handed out, the cronies from the past are angling for their new connections.

Senator John McCain has been in DC for more than 30 years. He has formed many unholy alliances and can be accused of cronyism as he has forged a career rife with cozy friendships to lobbyists. McCain is literally a walking poster child for term limits.

However, he is a former Vietnam-era POW and son of an Admiral. No one doubts McCain’s patriotism and good will toward America. In his time in DC, McCain has been in the smoky back room more times than he can remember. He’s a man with no illusions as to how the political game works. He plays it every day and comes down to the old saying, it’s all in who you know.

Senator McCain is sounding an alarm for the new administration and warning them that Russian President Vladmir Putin is positioning his lobbyists into places of influence as we speak.

McCain recently warned about getting too friendly with Putin. In a public statement, he noted that: “We should place as much faith in such statements as any other by a former KGB agent who has plunged his country into tyranny, murdered his political opponents, invaded his neighbors, threatened America’s allies, and attempted to undermine America’s elections.”

The rubber meets the road with Putin. Can America and Donald Trump trust the wily spy turned world leader?

Not likely. Hillary Clinton tried to reset US/Russian relations to no avail. Obama famously whispered over a hot-mic his desire for more flexibility in his Russian dealings. Obviously, all those attempts to improve relations failed miserably as our relationship with the Russians is at all time low with ever-increasing dangers of armed conflicts in Syria and the Ukraine.

Allowing people with close ties to Putin and his hardline government into positions of influence would be a mistake for the new administration. McCain is not the only one concerned. People like Trump campaign chair Paul Manafort, finding his way to the inner circle is a red flag. For months, Manafort has pushed pro-Russian positions into the Trump manifesto.

Another Trump foreign policy advisor, Carter Page has also been accused of a cozy relationship with Russia. He is reportedly being watched by US Intelligence for business ties in Russia and questions about certain private conversations with senior Russian officials have arisen.

Compound that with a very active Putin-friend and lobbyist, Helen Teplitskaia, recent Chairman of the Russian-American Chamber of Commerce making the rounds in DC…America can be worried that a Chamber of Secrets is brewing up a game of cat and mouse. Will we be the cat or the mouse?

Mz. Teplitskaia is lobbyist for Sherbank, one of Russia’s largest state controlled banks. She has close personal ties to Putin and the Kremlin and is looking for close ties in the new administration. Like I said, it’s all in who you know.

The US/Russian relationship is under immense pressure and efforts to influence the new administration and ultimately US policy are in full swing. Ordinary Americans have cause for concern when lobbyists like Helen Teplitskaia, Carter Page, and Paul Manafort are granted positions of influence in America’s new leadership.

Re-setting relations with Russia will take a skilled team of Americans. Trump would do well to go forward very cautiously, and trust only what can be verified. When an old foreign policy hawk, war hero, and 2008 Republican presidential nominee, Senator John McCain issues a warning about Russian influence, it might be worth at least giving it a second look.