Can You Trust Your Eye Doctor?

Steve Sherman
|
Posted: Aug 31, 2016 12:01 AM
Share   Tweet
The opinions expressed by columnists are their own and do not necessarily represent the views of Townhall.com. 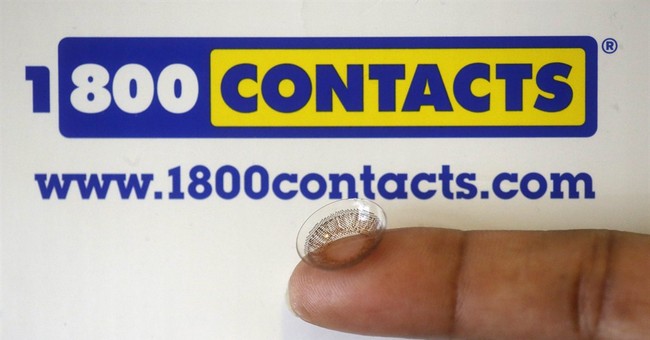 Trust is the bedrock of the medical profession. If we can’t trust the men and women in the white coats, then they have no power to help us. Our trust gives them the power.

The patient must trust that a doctor is knowledgeable. That is why they put framed degrees on their walls.

The doctor must be sympathetic and compassionate to some degree to whatever situation a patient finds themselves in.

And lastly, the patient must trust that the doctor is not simply using them as a tool to riches.

In recent years, that trust has been shaken somewhat by the onslaught of Obamacare all around us. The veil has been lifted a little bit on medical doctors and the fact that they are simply part of a corrupt system of health care delivery. They operate many times out fear of reprisal from an insurance company or government oversight committee. They definitely don’t always act in the best interest of their patients. This is many times not how they want to behave; they simply have no choice or they risk losing everything. Not exactly the best situation for a trusting relationship.

Don’t get me wrong – I love doctors, but the incentives from government and the insurance companies have been destructive to the profession. And with optometrists there are other influences pushing the eye doctors in the wrong direction.

Eye doctors have enjoyed less scrutiny than most. Patients still tend to trust them implicitly. If a patient is told they must come in yearly…they most likely do. Even if there is no medical reason to do such a thing. Eye doctors profit mostly not by providing examinations, but by selling the same products they prescribe. The most lucrative products are contact lens’ because they are in a state of constant need.

If you wear contacts, you know it is a never-ending flux of ordering new ones before the old ones run out. And if you haven’t had your required exam, you have to get in there quick or they won’t order you the new lenses that you need to see the world. You know you’re a prisoner. A person dependent on the eye doctor, but most people don’t even notice the racket they are a part of.

They don’t think or even wonder why there is no generic brand of contact? Or why their doctor always puts them in a certain brand of contact? The average consumer doesn’t even notice there is no competition in this scenario and that a back door agreement exists between manufacturers and eye doctors to maximize profit. That is usually called collusion, and in this case powerful people in government are trying to bring it back to life.

Why? Money, of course, big money. A few years ago the FCLCA was passed by congress to require eye doctors to release prescriptions to patients no questions asked for free. Also, companies selling contacts had to verify that prescription before filling it with the caveat that if the prescriber didn’t respond within 8 hours they could ship the contacts as though the prescription was verified. This allowed companies to begin to sell contacts straight to the consumers without the eye doctor middle man slowing the process by taking their phone off the hook.

Online sales have boomed. People have enjoyed a free market unbound from the cozy relationship between their eye doctor and the big manufacturers.

Sadly, the fight continues. Johnson & Johnson, in a coordinated effort with the American Optometry Association (AOA) have been working overtime to bring back the good old days. They are doing it by scaring patients with false claims that safety has fallen by the wayside since freedom reigned. There is no proof to this and actually study after study to the contrary.

They have created a group called the Coalition for Patient Vision Care Safety. Their big push is to pass the so called “Contact Lens Consumer Health Protection Act (S.2777) that would limit choice, slow the verification process, delay the delivery of contacts to consumers and enrich the big manufacturers like Johnson & Johnson, in addition to increasing the profit margin for members of the AOA.

I, for one, would rather stay in the light and bask in the glow of freedom as happy consumers buy whatever eye product suits them the best.