Steve Pociask
|
Posted: Feb 09, 2021 12:35 PM
Share   Tweet
The opinions expressed by columnists are their own and do not necessarily represent the views of Townhall.com. 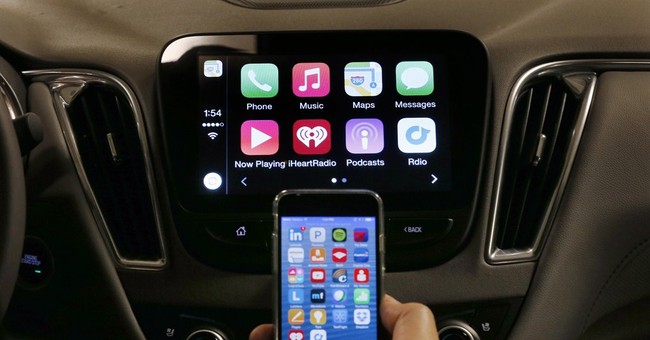 Editor's note: This column was co-authored by Derek Hosford.

Smartphones have become the predominant choice for voice and online communications for Americans, especially low-income Americans. Today, only 2.5% of households are wireline only, and by 2024, the number of smartphone users in the United States is expected to reach nearly 300 million. It is clear from the data that these devices affect how people communicate with family and employers, shop online, access government services, get news, and reach out for medical assistance.

Even though competition in the cell phone industry has helped bring down cellular plan prices by 26 percent, increased taxes, fees, and government surcharges have made owning a cell phone much more expensive.

These added costs present a large, extra burden to owning a device. A burden that many Americans at low incomes cannot afford to pay. High taxes discourage the use of these devices, which are critical for poorer Americans in bridging the digital divide. At the industry level, these taxes are also slowing down the development of new, innovative technologies that are critical to the future of the American economy.

Lawmakers at the federal and local levels should consider lowering taxes imposed on wireless services that impact long-term economic growth for families and lag deployment of new 5G technology.

According to a report by Scott Mackey at Leonine Public Affairs LLP, a typical American family spending $100 per month for wireless services can expect to pay about $270 a year in just taxes, fees, and surcharges. That number amounts to 22.7 percent of the total bill-- the highest rate ever and $10 more than last year. Illinois retains the highest tax rates in the country at 32.2 percent, followed by Arkansas, Washington, Nebraska, and New York all hovering around 30 percent.

One cause of the increase in taxes is the federal Universal Service Fund tax (USF), which rose 9 percent in 2020 and 36 percent in 2019, but state and local taxes also increased more modestly. Lowering these taxes would reduce the bills Americans pay every month.

Cell phones are an indispensable tool for use in emergencies and daily life. Poorer Americans may especially need them to follow up on job and housing leads, get in touch with public assistance agencies, or to connect with friends and family they cannot reach. A study from the Pew Research Center found that 29 percent of Americans earning less than $30,000 do not own a smartphone. Eliminating onerous taxes associated with smartphone use would go a long way to reducing the digital divide in this country.

High taxes on cell service do not just put poorer Americans in a bind, they also greatly impact technology and the general economy. Higher taxes on service combined with increased taxes on wireless investments may lead to slower deployment of new network infrastructure, including much faster 5G wireless broadband services.

Reliable connection to 5G comes with projections of staggering economic growth. The Boston Consulting Group estimates 5G will bring 4.5 million new jobs and generate an estimated $1.5 trillion in economic growth in industries like healthcare, transportation, education, energy, and more. With 5G, more applications can ride on cellular devices, further amplifying the scope for innovation and keeping America competitive with other countries around the world. All these things have huge benefits for the American people, but they require federal and local governments to act on lowering state, federal, and USF taxes.

High cellular taxes contribute to the digital divide between people with high and low incomes, and they slow down the rate of technological innovation. Lawmakers should be encouraging the use of these devices and not tax them.

Derek Hosford and Steve Pociask are with the American Consumer Institute, a nonprofit educational and research organization. For more information about the institute visit www.TheAmericanConsumer.org or follow us on Twitter @ConsumerPal.