Ted Cruz and the Real ‘War on Women’ 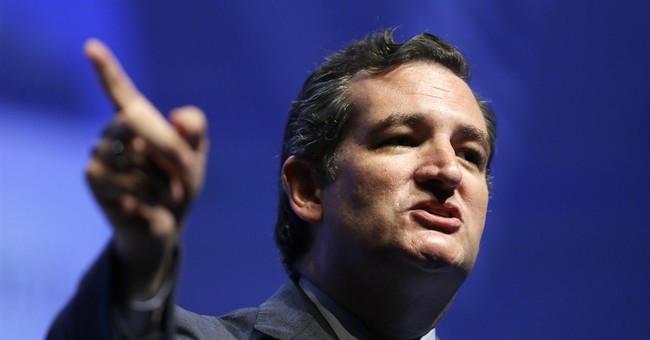 This is the second consecutive election cycle that Democrats have trotted out their phony-baloney “war on women” meme, and you really can’t blame them because it worked so well the last time.

Remember the 2012 GOP convention? How many speeches did we hear from defensive Republicans who wanted to assure their fellow Americans they weren’t misogynists. Instead of spending the entire convention telling their story, the Republicans spent most of it reacting to the Democrats’ narrative.

Now the “war on women” meme has gotten so ridiculous Democrat U.S. Senate candidate Bruce Bailey (in honor of Michelle Obama) is trying it against his female opponent, Republican Joni Ernst. Bailey advocates killing women before they’re even born, and he wants taxpayers to pay for it. Yet somehow we’re supposed to believe he’s more "pro-woman” than the actual woman running for office? It’s an asinine assertion, but since most Republican consultants/candidates are allergic to going on offense the flawed premise remains.

The good news is there is an antidote. His name is Ted Cruz.

Taking a page – literally – out of my book Rules for Patriots: How Conservatives Can Win Again, Cruz perfectly demonstrated the Fifth Commandment of my “10 Commandments of Political Warfare.”

The Fifth Commandment reads: “Reverse the premise of your opponent’s argument and use it against him.”

And that’s just what Cruz did recently at a women’s forum in South Carolina, one of the most important states on the GOP presidential primary calendar (I’m sure that’s not a coincidence, by the way). Cruz accused President Obama of waging a war on women:

“For the last six years under President Obama, 3.7 million have entered poverty. Under President Obama, the median income for women has dropped by $733. You want to talk about a war on women? That’s a war on women. We’re here today because we’re concerned about the future for our kids and our grandkids. Right now for the first time in our nation’s history, most Americans don’t think their kids will have a better life than them—76 percent of Americans right now think their kids will have a worse life than they do. That has never been true in the history of our country.”

Cruz continued discussing the important role women played in his upset victory in the 2012 Texas U.S. Senate primary. “There is no force in politics like Republican women,” Cruz said. “I would not be in the Senate today if it weren’t for Republican women.”

Those three women began with his mother, who was the first person in their family to ever go to college over the objection of her father, whom Cruz said “drank far too much” and didn’t believe women needed an education. He discussed how his mother overcame sexism in the workplace, as well as the tragic loss of her first-born to SIDS.

Cruz then shifted to discuss his wife, Heidi, and how her worldview and resolve were forged as a child of third world Christian missionaries. Cruz said, “Her parents periodically lived across the world including two different times where Heidi lived in Africa, in Kenya and Nigeria, as a little girl. When she was four and six years old, she lived in Africa, she would describe how she would play with kids there. They spoke Swahili and she didn’t speak a word of it—she spoke English—yet somehow Heidi and they managed to play together and connect and have fun in the universal language of children.”

The final woman Cruz talked about was his Aunt Sonia, who stayed behind in Cuba when his father Rafael fled and ended up fighting in the counter-revolution against Castro. “My aunt ended up being thrown in prison and tortured when she was a teenager. She (eventually) fled Cuba in the early 60s and came to Texas to be with my father here—and she is a woman who just has great principle and fire.”

What Cruz has done here is conduct a clinic on how to reverse the Left’s premise and use it against them. He took their own language and hung it around their necks. Detailing what Obama’s policies have done to women and families, and then discussing the powerful relational impact of the most important women in his own life.

This is the speech that should’ve been given at the 2012 GOP national convention, and this is the story Republicans should be sharing with voters this fall.