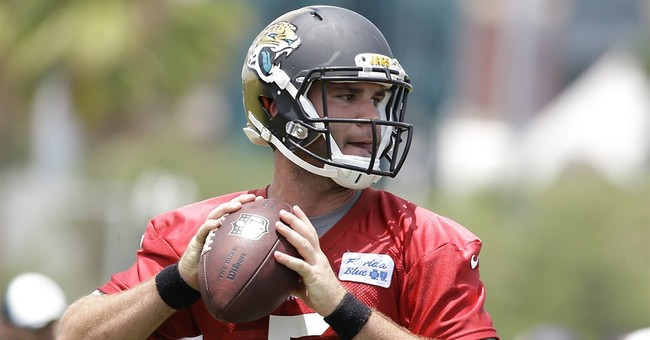 Note: This is an excerpt from the new book “Rules for Patriots: How Conservatives Can Win Again.”

The great Yogi Berra said it best: “Half of this game is 90% mental.”

Conservatives are so used to being marginalized that we’re often mentally pistol-whipped before the battle even begins. We are so desperate for cultural acceptance that we’ll latch on to even the slightest homage to conservativism from a famous figure, no matter how flawed.

In football it is known as a “helmet game,” when one team has such a mental stronghold on its rival that the minute things don’t go as planned on the field they start collectively thinking to themselves “here we go again” anticipating the worst. When a team has reached that mental breaking point against its rival, it’s time for a culture change and that starts by hiring leaders (coaches) who will challenge the status quo and get the players to believe in themselves again.

We’ve got too many people comfortable with losing not as bad and calling it a win. We need leaders from the Ricky Bobby motivational school who understand “second place is the first loser.” In our case winning isn’t simply winning an election, but winning the future for our children and grandchildren.

We need a house cleaning and a culture change. We need to hit the control-alt-delete buttons and reboot. You do that when your computer itself is still in good shape, but is locked up and not working the way it should. Similarly, our principles are still good, but the process of implementing them and advancing them has lockjaw.

I don’t want to conserve the Left’s agenda, or manage it better. I want to defeat the Left, not conserve it. When it’s time for my generation to leave the world stage, I want us to be known as the generation that did to America’s Leftist Progressives what Ronald Reagan did to the Soviet Union.

To make that happen we need to obey the final commandment of the 10 Commandments of Political Warfare: play offense.

Offense is essential, because you have to be on offense to score points, and you have to score points to win. Playing offense also boosts your side’s morale while doing psychological damage to the other side. That’s why there’s so much talk about returning to the Reagan era today, because other than the early days following the 1994 Republican takeover of Congress that really was the only time any of us can remember our side on the offensive.

I think that’s also one of the reasons the late Andrew Breitbart made such an impact on the conservative movement despite passing away at only 43 years old, which is an age when most men are just starting to come into their own. Breitbart played offense and went after the Left, and was equipping others to do the same.

The Left’s confidence has morphed into hubris because they’re used to playing offense, and we’ve conditioned them to anticipate our surrender any minute now. That’s why when one of our people does play offense it really throws them into a hissy fit.

Senator Ted Cruz has produced an offensive highlight reel. As a result, there is more excitement for Cruz among the grassroots than any Republican politician I can remember, and it’s because he’s seen as someone that can play offense whether it’s a confirmation hearing, taking the fight to the Left, or confronting Republicrats like John McCain on the floor of the U.S. Senate.

As one mainstream media reporter told me off the record: “Cruz is a different animal. You ask a lot of these other Republicans a question that requires an answer other than their talking points, and they stall or look to change the subject. Cruz comes right after the question, turns it around on the questioner if he doesn’t like, and then always has an answer ready to go if he does.”

Conservatives long for a day when America suddenly wakes up and returns to her constitutional republic roots, but it’s hard to do that when conservatives rarely attempt to advance their principles beyond their own enclaves and subcultures.

“Wacko birds” like Cruz, Mike Lee, and Rand Paul aren’t waiting until there’s a Republican majority to push their moral convictions, or waiting for any other harmonic convergence which never occurs that the Republicrats say we must have before we can actually play offense with our principles. They’re acting instead as someone that believes they’re accountable to conscience, convictions, and constituents—not the corrupt process or some phony definition of Senate collegiality.

Last I checked, if you want to govern you have to win a majority of the hearts and minds of the voters. To win a majority of those hearts and minds at some point means we’re going to have to venture into foreign territory with the courage to engage them. That’s how we generate converts. Rand Paul is emulating this by going directly to a black community that votes Democrat 90% of the time with his worldview.

St. Paul changed entire cultures with nothing more than the Word of God and a tent-making kit, and he did so under the constant threat of death. The only threat we’re under is being mocked or rejected.

We have the truth and tradition on our side, meaning that human history proves our principles are true. Every society that has embraced the ideology of the Left has been cursed, and every society that has embraced ours has been blessed. It’s no coincidence that the more we lurch to the Left the worse off the average American becomes. We should be as confident as Breitbart in taking our beliefs and brand out into the culture at-large and playing offense with them.

It not only scores points and reaches the unconverted, but it also keeps up the morale of our own troops and rallies the base.