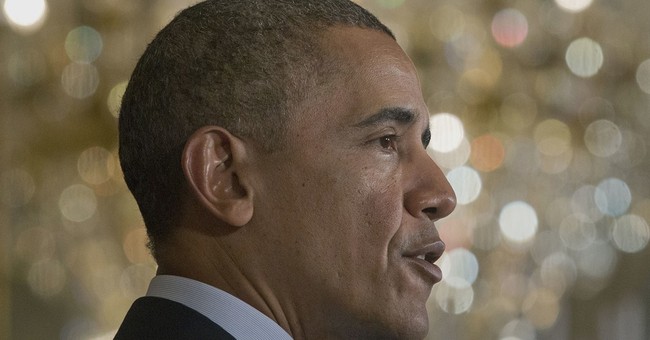 However, before we can devise a plan to defeat our opponent, we must first know our opponent.

The child-killing industry: Abortion is the oldest and most lucrative revenue stream to the American Left. On average, about 4,000 babies are killed via abortion in America each day, and the average cost is about $500 per kill. That’s $2 million dollars per day, and if you multiply that by 365 days a year you come up with a $730 million annual industry that produces a lot of potential Democratic Party donations from Planned Parenthood, the leading child-killer in the country.

Now you know why Democrats will sell-out racial and ethnic minorities as well as UAW or Teamster’s workers they claim to represent, but never sell-out the child killers. There’s gold in them dismembered babies.

Without access to the money produced by the child-killing industry, the American Left disintegrates. Especially when you realize that an organization like Planned Parenthood, in addition to being the largest child killer in our nation, is also a mechanism to divert millions of dollars to its political arm -- the Planned Parenthood Action Fund -- that is nothing less than a shill for liberal Democrat candidates and legislation.

The homosexual lobby: Although not as vast as the child-killing industry, through moguls like Tim Gill and David Geffen the homosexual lobby has become one of the biggest revenue streams for the American Left. Leftist cultural enclaves like Hollywood that are the most hostile to any form of Judeo-Christian moral tradition have embraced lifestyles healthier civilizations have traditionally referred to as immoral and discouraged. However, with the help of Hollywood liberals controlling most of the messages conveyed in pop culture nowadays, they are working hand-in-hand with one another to soften the American people’s resolve to accept homosexuality as normal despite losing 89% of the referendums on the definition of marriage. In the press coverage of the 2012 presidential election, it was reported that one in six Democrat fundraising “bundlers” was homosexual.

Government Education: The government schools K-12, and on into college, have essentially become the youth ministry for secular progressives. It is here, with the aid of pop culture, that they have established their feeder system to replenish their ranks every generation. As the long-time former attorney for the National Education Association admitted at his retirement party in 2009, “NEA and its affiliates have been singled out because they are the nation’s leading advocates for the type of liberal economic and social agenda (conservatives) find unacceptable.” Some, like David Horowitz and my friend E. Ray Moore, have been sounding the clarion call to confront this for many years. But sadly it’s fallen mainly on deaf ears within the majority of the conservative movement. I know one major Evangelical author and speaker who had a book manuscript rejected by one of the biggest organizations in the conservative movement, because in it he confronted the Leftist indoctrination in our schools.

Government Sector Employee Unions: This is the mobocracy the American Left uses to intimidate Republicans into caving into more big government, and groups like AFSCME provide the worker bees/ground troops for the Left’s army in the culture war. They are the most dedicated foot soldiers they have, and why wouldn’t they be? If your livelihood depended solely on the continued growth of government, you would be as well. Look at what the Left has delivered for them in states like California and Michigan.

Education bureaucrats in Detroit don’t have to worry about losing their jobs despite the fact only 7% of the city’s 8th graders are reading proficient. That’s right. I said 7%. As in a 93% failure rate. In 2009 the Detroit school district had the lowest scores ever recorded on the national math proficiency test. If you produced those kinds of results in your industry wouldn’t you expect to be fired? By the way, according to the New York Times, 95% of Detroit school kids are black. So it’s obvious the Democrats have delivered on their promises to help the minority community. Or not.

Then there’s California, whose 245,000 government employees is easily the most in the nation. Those workers are paid an average annual salary of $60,317, plus a rather generous benefits package. In 2011 California taxpayers shelled out $963 million in overtime pay to state employees, which was more than the next seven states on the list combined. These are just some of the reasons why the average California state employee makes 30% more than the same job pays in the private sector.

There is no way to preserve freedom, liberty, and prosperity for future generations without confronting these four pillars of the Statist Marxist Left. It’s been a long time since conservatives, let alone Republicans, have truly threatened the Left’s power base. Governor Scott Walker in Wisconsin has successfully taken on the government sector employee unions in his state, and may be the only Republican I can think of to successfully dismantle one of these four pillars.

Some estimates are reporting AFSCME in Wisconsin has lost at least 40,000 members since Walker ended mandatory union dues. Now you know why they have fought so hard to get rid of him.

In a war, you cannot claim victory as long as the enemy’s infrastructure is still in place. Winning happens when you’ve dismantled your opponent’s infrastructure and forced them to unconditionally surrender. If you elect Republicans incapable or unwilling to do this you have lost the war regardless of the outcome of the election itself.