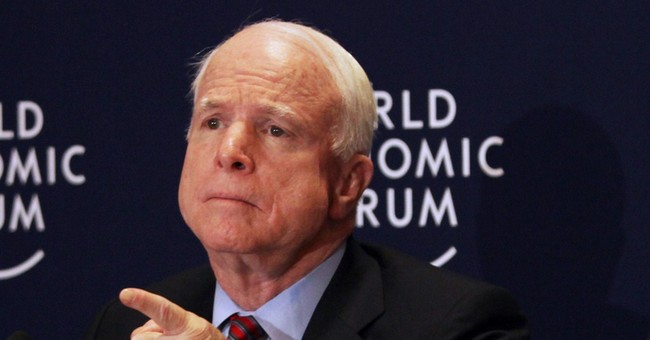 A question I’ve been asked a lot lately goes a little something like this:

Beyond the fact it betrays the rule of law and rewards lawbreakers by giving them what they broke the law for in the first place, I don’t understand why all these Republican “leaders” want to engage in a scamnesty program that will just result in adding over $6 trillion more in debt for taxpayers while simultaneously allowing Democrats to register millions of more new voters. Hispanics have voted Republican only 31% of the time since 1980. Do they want the whole country to look as broke as California following the Reagan Amnesty, which was a Republican-leaning state for decades (GOP won California in 7 of the 10 previous presidential elections prior to the Reagan Amnesty) and now less than 30% of Californians are registered Republicans? Are these GOP “leaders” so stupid as to not understand they’re actively aiding and abetting their own destruction?

The answer, of course, is yes – they are this stupid. But the answer doesn’t end there. To truly understand what’s driving the GOP ruling class’ self-immolation train you have to realize why they’re this stupid.

There are two reasons for their stupidity.

The first is easy to identify, because we recognize the ruling class mindset is largely a non-partisan phenomenon. It seems nobody, regardless of party, gets more principled the longer they’re a part of the District of Corruption. The den of iniquity known as the beltway culture is like a rotting corpse that eventually infests everything and everybody it touches. Some have the depth of worldview, character, and courage to resist its side effects longer than others, but prolonged exposure over time eventually leads to even the best of us being infected with a lack of critical thinking, self-righteousness, and ambition masquerading as conviction.

Once infected, the patient then loses detachment from all reality outside of the 202 or 212 area codes. This produces an echo chamber, whereas a bunch of people presume to play God by making decisions with regular people’s lives they themselves haven’t had to live in a long time and no longer understand. From high atop their subsidized Valhalla they issue edicts and commandments they often exempt themselves from. Sure we complain, vent, and when we’re really upset we might even – gasp! – blog about it. Because nothing threatens gangster government like a blog.

However, when they do descend down to the depths to commiserate with we in the huddled masses, which is usually only for fundraisers or campaigning, they are often treated by their bosses (us) like they are rock stars and not our employees, which only feeds their egocentric existence. Instead of holding them accountable for what previous generations of Americans would’ve called treason, we often thank them for not selling us out even more. We then send them right back to the source of their temptation expecting a different result each time.

So, yes, the insulated ruling class world these people are allowed to live in (often for decades) feeds their stupidity. But there is something else afoot here that is far more subtle and sinister.

Those that run the Republican Party are ashamed of their base. I say that knowing ashamed is a strong word, yet in this case it might not actually be strong enough. These are often successful and wealthy people. They understand Coke doesn’t make money promoting Pepsi, or that the Yankees shouldn’t take advice on how to build a winner from the Red Sox. They’re not morons. They just hate us.

To them the big argument between Republicans and Democrats isn’t a clash of worldviews with a civilization at stake. To them the big argument is whether the check from the taxpayer trough gets written out to Democrat special interests or theirs. This thing we call politics isn’t faith and ethics in action to these people, but rather a cynical battle of dueling self-interests. Therefore, it’s those of us who attempt to interject our faith and/or ethics into the political process that are the real threat to them—much more so than Democrats.

Democrats don’t threaten their way of life, but we do.

They’re fine arguing with Democrats about issues like job creation, because both of them wrongly believe that’s the government’s job. They fall apart when the conversation changes to what government shouldn’t do, or a culture’s moral responsibility. In other words, we’re often aligned with people who don’t share our value system. That is the recipe for a dysfunctional relationship.

See, this is all part of a greater plan, a plan to replace you with voters who want the same thing from government that they want. So they’re going to replace you with voters who believe in entitlement, bending the rules or outright breaking the law to get what they want, and don’t care about the Constitution or the “laws of nature and nature’s God” anymore than they do.

In the meantime they don’t mind losing a few elections if that’s what it takes to preserve their gravy train. Besides, many of these people have been there for decades anyway, so two or three crucial elections are barely a wrinkle in time for them. This explains why they don’t have the sense of urgency about America’s future that we do.

Once they’ve sufficiently watered down your influence within the Republican Party by flooding the electorate with more “government-Americans,” they’ll try and come back and make you part of the team again—but only on their terms, of course.

The end game here is control. Always has been. They’re not ideologically driven one way or the other. They are purely agenda driven, and the agenda is control. Stand in the way of them being in control regardless of your ideology – either conservative or libertarian – and you’re a threat. This explains why these people go after us harder in primaries than they go after Democrats in general elections.

These people would rather lose elections than lose control, and that’s why they keep doing over and over again what has proven to be a loser every time it’s tried. That’s why they accept the liberal media’s talking points on the death of the Tea Party or social conservatives at face value. To admit defeat or to admit you’re relevant would be the same as admitting you have power and influence over the process, and the minute they admit that they lose control.

What we have viewed as “a battle for the soul of the Republican Party” is nothing of the sort. These people are soul-less. To them this is simply a clash of two factions within a board of directors for control of a corporation. They simply want control to pay off their investors/shareholders with dividends and/or coveted jobs/appointments. They don’t care what product the company sells or doesn’t sell, provided they’re in control.

The only way to beat these people is to realize this and beat them at their own game. The numbers have always been in our favor, but they have done a magnificent job of buying off several of our so-called leaders and champions, so we couldn’t sufficiently organize to overthrow them.

But that topic deserves its own book.