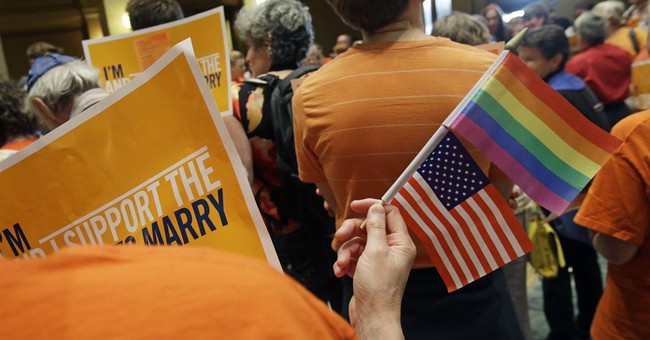 Stephanie Mikles is a trailblazer.

Sure, in past eras far less enlightened and tolerant as this current gilded age, Mikles might be considered a menace to society—a creep even. But we know better now. We know people just can’t control their urges, and to demand otherwise is a Neanderthal concept right out of the stone (tablet) age.

Surely Mikles was born with something that compels her to act out in ways some segments of our society still clinging to their guns and religion condemn. But what Mikles doesn’t need is judgment. Mikles needs tolerance.

Mikles, a former behavioral specialist for the Hartford County Schools, has been indicted for “unnatural or perverted sexual practice.”

What did Mikles do that is unnatural and perverted?

The indictment says Mikles had “sexual intercourse with a dog.”

But I say Mikles isn’t a criminal. She’s just ahead of her time. For a year the grand jury investigated Mikles. What a waste of money. Whose business is it what she does in the privacy of her own bedroom? Didn’t we learn from Clinton-Lewinsky that spending the taxpayers’ money on investigating someone’s private sexual behavior is a waste?

Besides, by whose standard can a society determine what is “unnatural or perverted sexual practice” in the first place? That sounds like a Christo-fascist statement to me. That sounds like an authoritarian statement to me. That sounds to me like someone trying to impose their standards on everyone else. And don’t bring religion into this, either, because my god wouldn’t punish someone who simply wants to love lesser evolved beings as they would any other fellow homosapien.

It doesn’t matter if you find Mikles having sex with a dog “icky” or “gross.” That’s just your interpretation. You were probably one of those troglodytes against inter-racial dating back in the day, too!

It’s an added bonus that Mikles was also working with children while providing the canine species access to the benefits humans receive from society they are being denied through anti-animal discriminatory policies. These children must learn the merits of true diversity, and that diversity should extend to the entire natural world. Anyone who says otherwise is guilty of the same bigotry once used against gays and lesbians.

Who knows? One of these children may one day grow up and realize they too have a sexual orientation towards dogs, or maybe other creatures for that matter. Shouldn’t a professional like Mikles step in now to help them deal with their species confusion/identity as we’ve rightfully had them dealing with gender identity/confusion for years? If we’ve truly entered a new age of tolerance, why would we allow these children to grow up and one day be subjected to societal shame for who they are from those less progressive? If we’re truly progressive, instead of providing animals for dissection perhaps it’s time to include animals in our sex education?

Even if those who want to have sex with animals aren’t accepted by this generation, rest assured they will be by your children once we’re through enlightening them. One day you will see animal love in your classrooms, and all of the best and most likeable characters on your most popular television shows will love animals freely on-screen. We’ll even have clergy arguing that the Bible affirms animal love in all its forms, and then “patriots” who believe in limited government will defend our cause because the state has no jurisdiction in either the bedroom or the barnyard.

And we’ll have a trailblazer like Mikles to thank for it. Who knows? Maybe Meryl Streep will even play the part of Mikles in her biopic one day?