Steve Chapman
|
Posted: Jun 08, 2017 12:01 AM
Share   Tweet
The opinions expressed by columnists are their own and do not necessarily represent the views of Townhall.com. 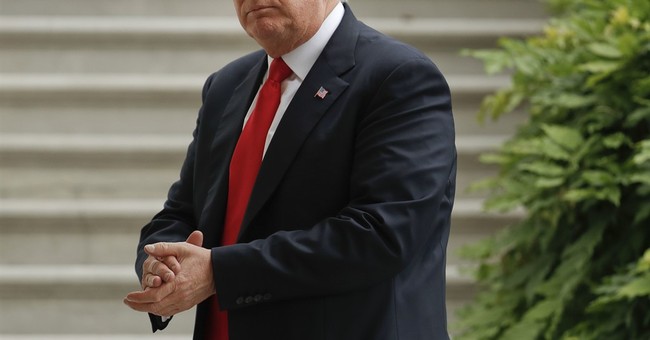 Easy question, you may think: They are all important law enforcement officials with roles in combating terrorism. But at the moment, they have nothing in common. Why? Because they don't exist.

The jobs, you see, are vacant. Each has to be filled by presidential appointment, and Donald Trump has felt no urgency in filling them. Only this week did he even offer names for the TSA and FBI.

That is not his only lapse when it comes to protecting Americans from danger. In January, 47 U.S. attorneys resigned, and in March, he fired the remaining 46 federal prosecutors. So far, the president has yet to submit a nomination for any of the vacancies.

The people who voted for Trump knew they would be getting a disrupter, a critic of business as usual and an enemy of political correctness. Many also realized they were electing a bully and a braggart. But they may not have known what they were getting above all else: an incompetent.

There is no other way to explain most of what he has done in the White House. His most formidable opponent couldn't do half as much to foil Trump as Trump himself has done.

His travel policy was rushed out, blocked by courts, withdrawn, revised and blocked again. Administration lawyers, who hope to convince the Supreme Court it had no unconstitutional anti-Muslim motives, have been undercut by his tweets, which convey the opposite.

So flagrant is the contradiction that some analysts suspect he has a hidden logic. They speculate that Trump might prefer to lose his ban so he could blame the courts if there were a U.S. terrorist attack carried out by foreigners.

They may be overthinking this. Trump has no record of being brilliantly devious. He has a record of acting rashly out of ignorance, fury and hubris. He makes needless statements that harm his legal case because he's a self-destructive oaf.

His dismissal of FBI Director James Comey followed that pattern. The White House claimed that Trump fired him at the recommendation of the Justice Department because he botched the investigation of Hillary Clinton's emails.

But Trump then admitted making the decision before he got the Justice memo, saying he objected to Comey's probe of connections between his campaign and the Kremlin. He thus helped bring on a special prosecutor, which could be fatal to his presidency.

Nothing about his performance suggests he has any idea how to handle his office. Trump complains that the Senate is obstructing his nominations. But at last count, he has yet to pick anyone for nearly 80 percent of the positions that require Senate confirmation.

On one issue after another, he has had to flee from ill-considered positions. He said the U.S. might junk its "One China" policy -- only to be forced to back down by Chinese President Xi Jinping. He lambasted President Barack Obama's "dumb deal" to take refugees from Australia but eventually decided to honor it.

In April, Trump announced that the following week, he would unveil his tax reform. This promise, reported Politico, "startled no one more than Gary Cohn, his chief economic adviser writing the plan. Not a single word of a plan was on paper, several administration officials said." The "plan" the White House released was one page long.

Trump promised to repeal and replace Obamacare but had great trouble getting a bill through the House, partly because he didn't know enough about the substance to negotiate with any skill. The legislation finally approved by the House was pronounced dead on arrival in the Senate. Senate Majority Leader Mitch McConnell said recently he doesn't know how a repeal bill would get enough votes to pass.

Trump's incompetence is self-perpetuating. A clueless executive is forced to rely on aides who are mediocre -- or worse -- because better people are repelled. Vacant jobs and poor staff work, aggravated by bad management, lead to more failure, which makes it even harder to attract strong hires -- and easier for opponents to get their way.

Expect more of the same. Trump came to office uninformed, unprepared and oblivious to his shortcomings, with no capacity to recognize or overcome them. He is in way over his head, and not waving but drowning.