Clinton Is a Threat to the 2nd Amendment -- and the 1st

Steve Chapman
|
Posted: Oct 23, 2016 12:01 AM
Share   Tweet
The opinions expressed by columnists are their own and do not necessarily represent the views of Townhall.com. 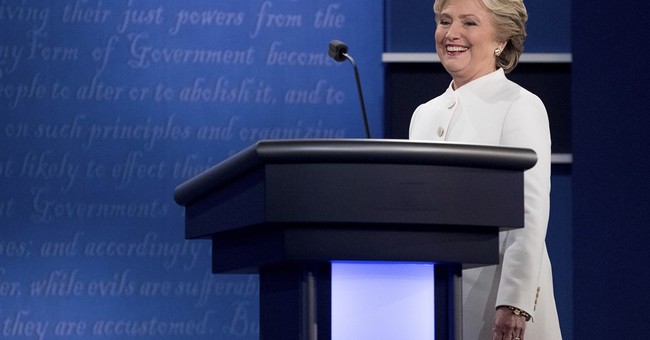 Trending
Donald Trump is a clear menace to our democratic form of government, the rule of law and my James Madison bobblehead. The teenage Ted Cruz could recite the entire Constitution from memory. Trump wouldn't know it from Two Corinthians.

But it's not exactly safe to entrust your copy of the Constitution to Hillary Clinton, either. You might get it back with some parts missing or mutilated -- like the First Amendment and the Second.

When it comes to gun rights, Clinton has taken a position appreciably to the left of Barack Obama's. From his first presidential campaign, he has assured gun owners he respects their cherished prerogatives and would never take away their weapons.

When the Supreme Court issued its landmark 2008 decision in D.C. v. Heller, he applauded it. "I have always believed that the Second Amendment protects the right of individuals to bear arms," Obama said.

Not Clinton. When asked in June whether she endorses that interpretation, she conspicuously declined to do so. "For most of our history, there was a nuanced reading of the Second Amendment, until the decision by the late Justice Scalia," she groused.

In her final debate with Trump, Clinton was asked again about the Heller decision. She reiterated her opposition, insisting that "what the District of Columbia was trying to do was to protect toddlers from guns, and so they wanted people with guns to safely store them." She eventually said, "I also believe there's an individual right to bear arms."

She and Obama both favor universal background checks for gun purchases, a ban on "assault weapons" and denying guns to anyone on the federal no-fly list. But her cramped view of the Second Amendment suggests she would favor additional curbs that she knows the Supreme Court would not abide.

Clinton seems to think that a new justice or two might set the Second Amendment right. On the First Amendment, however, she sees the Supreme Court as a lost cause.

Her target is the 2010 Citizens United decision, which established the right of corporations and labor unions to participate in electioneering. In the debate, she said it "has undermined the election system in our country because of the way it permits dark, unaccountable money to come into our electoral system."

But all the decision did was to prevent the government from suppressing speech about political matters. The justices noted that under the law it struck down, it would be a felony for the Sierra Club, within 60 days of a general election, to run an ad urging "the public to disapprove of a Congressman who favors logging in national forests." The court ruled that speech doesn't lose protection merely because it comes from corporations -- a category that includes many advocacy groups.

Such expression would be censored if Clinton had her way. She proposes a constitutional amendment to overturn the decision -- which would be the first time in our history that the Bill of Rights would be altered to restrict our freedoms.

The idea has drawn opposition from the American Civil Liberties Union, which says, "Our system of free expression is built on the premise that the people get to decide what speech they want to hear; it is not the role of the government to make that decision for them."

Her alarms about "dark money" -- contributions to politically active groups that don't have to reveal their donors -- are misplaced. In the 2014 campaign, 77 percent of political spending was fully disclosed, according to the Center for Responsive Politics, up from 45 percent in 2010.

What Clinton omits is that Congress could require more transparency from these groups if it wanted to. The Citizens United decision doesn't forbid such regulation. The obstacles are political. But the same obstacles stand in the way of her constitutional amendment.

Trump and Clinton make me miss Al Gore's famous Social Security lockbox. Over the next four years, it would be the perfect place to keep the Constitution.