Unreasonable Searches Are Unconstitutional -- and Common

Steve Chapman
|
Posted: Aug 14, 2016 12:01 AM
Share   Tweet
The opinions expressed by columnists are their own and do not necessarily represent the views of Townhall.com. 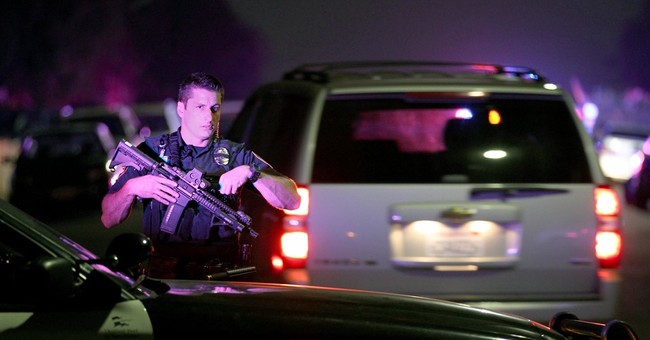 Trending
If there is anything on which Americans across the political spectrum agree, it is the inviolability of the Constitution. It is our national scripture, invoked by all and rejected by none.

Conservatives attending the first tea party rallies in 2009 often waved copies of the document. The most memorable moment of the recent Democratic National Convention was when the father of a Muslim U.S. Army captain killed in Iraq demanded of Donald Trump, "Have you even read the United States Constitution?"

But one portion of our national charter has eroded to the point of invisibility: the Fourth Amendment. It says, "The right of the people to be secure in their persons, houses, papers and effects, against unreasonable searches and seizures, shall not be violated." In much of America, that guarantee is an empty promise.

The latest evidence came in a report on police practices in Baltimore, issued on Aug. 10 by the U.S. Department of Justice after an investigation spurred by the 2015 death of Freddie Gray. It documents that the city's law enforcement officers operate with virtually no regard for the Fourth Amendment.

In 1968, the Supreme Court ruled that cops may stop someone when they have reasonable grounds to suspect criminal activity and, if they have reasonable grounds to think the person is armed, may frisk him lightly to detect weapons. They may not stop anyone they please, and they may not vigorously search a citizen's clothing and body without a good reason.

The court intended to empower police only within strict limits. It emphasized, "No right is held more sacred, or is more carefully guarded, by the common law, than the right of every individual to the possession and control of his own person, free from all restraint or interference of others, unless by clear and unquestionable authority of law."

But the Justice Department found that in Baltimore, police routinely stop people on the street without reasonable suspicion, conduct physical searches that lack adequate grounds and exceed legal limits, and arrest people without justification. Each of these practices is more than a mistake: It is a violation of fundamental liberties at the heart of what it means to be an American.

The usual assumption is that cops can be trusted to know who's a bad guy and who's not. But of the more than 300,000 pedestrian stops that occurred over a 5 1/2-year span, the report notes, only 3.7 percent led to an arrest or citation -- and many of those were later dropped.

Thousands of innocent citizens were inconvenienced, humiliated and deprived of their freedom. Some were repeatedly victimized; one middle-aged African-American man was stopped 30 times and never charged. Police often arrest citizens for merely standing on a public street near city property -- which is not illegal.

All this would be bad enough if it were unique to Maryland. But similar abuses have been documented in city after city. In 2013, a federal judge found that unconstitutional police stops were "a fact of daily life in some New York City neighborhoods" and that the department exhibited "deliberate indifference" to these violations.

A 2011 Justice Department investigation found cops in New Orleans "engage in a pattern of stops, searches, and arrests that violate the Fourth Amendment." In 2014, it found Cleveland police guilty of regularly "using unreasonable force in violation of the Fourth Amendment." Last year, the same type of conduct was documented in Ferguson, Missouri.

These systematic abuses go on partly because their biggest effect is on blacks and Hispanics, whose treatment often gets little attention. Another reason they persist is that there is no simple remedy when cops trample on the Fourth Amendment rights of innocent people. Evidence gathered through illegal searches can be thrown out in court - but that helps only victims who are prosecuted, which most are not.

The Fourth Amendment is just one of the provisions the framers devised to keep Americans free. But they seem to have written it in disappearing ink.