The Fiction Behind Sanders' Health Plan

Steve Chapman
|
Posted: Jan 21, 2016 12:01 AM
Share   Tweet
The opinions expressed by columnists are their own and do not necessarily represent the views of Townhall.com. 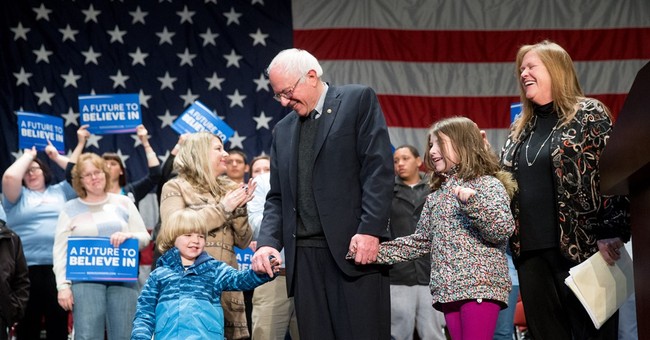 Trending
Bernie Sanders is a democratic socialist who thinks the United States needs a "political revolution." His plan to replace our health insurance system with "Medicare for All" is in some ways a dramatic break with the status quo. But it rests on an old and thoroughly conventional formula: Promise voters they will get more and better health care without paying for it.

Simply expanding Medicare to include everyone would be a big enough step. But Sanders' plan is to Medicare what a Tesla is to a Toyota.

It would encompass "the entire continuum of care," including long-term care and dentistry. There would be "no more copays, no more deductibles, and no more fighting with insurance companies when they fail to pay for charges." In sum: Every person will have everything he or she wants in the way of care and will pay zero at the point of service.

Contrast that with Medicare, which doesn't cover long-term care or dentistry. It also imposes a deductible for hospital stays and a copay on doctor services. In 2010, the average Medicare recipient spent $4,734 for out-of-pocket costs.

Such obligations are an inconvenience and a burden to patients, but they serve two useful purposes: reducing what taxpayers have to pay and discouraging care that is only marginally helpful. This approach serves to contain costs. Sanders' change would serve to increase them.

He argues that his system will be more far cheaper than private insurance because it will cut down on "overhead, administrative costs and complexity." But a lot of private insurers' costs come from scrutinizing claims to prevent fraud, overtreatment and unnecessary treatment. Agreeing to pay all charges without review, as Sanders proposes, is an invitation to be fleeced.

One reason he thinks the single-payer approach will work so well is that countries like Canada and Britain use it and spend far less than we do on health care. He takes care not to mention one major tool they use to hold down costs: limiting access to procedures that insured Americans take for granted.

"One in four Canadians reported waiting four months or more for elective surgery, similar to the proportion of patients in the United Kingdom (21 percent) but much higher than in Germany (almost 0 percent) and the United States (7 percent)," the Canadian Institute for Health Information found in 2012. One in 5 Canadians needing knee or hip replacements has to wait more than six months.

The Guardian newspaper reported in 2012 that Britain's National Health Service "has come under growing criticism for making it harder for patients to have operations for routine conditions such as hernia, cataracts, grommets, wisdom teeth, or hip or knee replacement, and denying infertile couples IVF."

Single-payer advocates will argue that such limits are a small price to pay for guaranteeing coverage for everyone. It's a plausible cause that Sanders, alas, is unwilling to make. He would have us believe there will be no limits.

He's hardly unique in pretending we can all get everything we want for a pittance. George W. Bush did the same thing in pushing a new program of Medicare prescription drug coverage without raising payroll taxes to pay for it. It cost the government $78 billion in 2014 -- only 15 percent of which was covered by premiums from seniors.

The GOP charge was unfair, but the administration was equally deceptive in claiming that the economies would be wrung out of private insurers and hospitals, at no inconvenience to patients. That's like saying that if you require utilities to take expensive steps to clean up pollution, consumers won't end up paying more.

Obamacare was also supposed to provide more for less -- requiring health policies, for example, to cover an array of preventive services at no cost to the patient. This type of coverage, the president insisted, "saves money, and it saves lives." More fantasy: Rutgers economist Louise Russell has found that 4 out of 5 preventive options save less than they cost.

Both parties have long operated on the assumption that, as Oscar Wilde put it, "Nothing succeeds like excess." The United States has the most expensive health care in the world because Americans refuse to take "no" for an answer. Sanders won't ask them to.