Gun Myths and the Roanoke Shootings 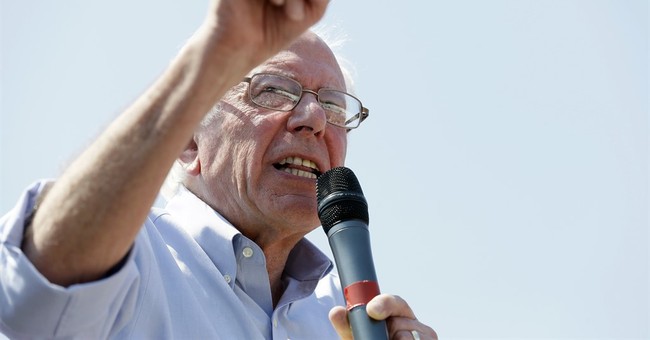 Bernie Sanders' record skews way to the left on one issue after another: health care, taxes, campaign finance, international trade, abortion and the Iraq war. Gun control? Not so much.

"Bernie Sanders, Gun Nut" was the headline in the liberal online publication Slate. After the Sandy Hook massacre, other progressives called for tough new restrictions on firearms, but Sanders disagreed. "If you passed the strongest gun control legislation tomorrow, I don't think it will have a profound effect on the tragedies we have seen," he said.

The obvious explanation for this anomaly is that he comes from Vermont, a state that is 95 percent white and 61 percent rural, with a lot of hunters. But it could also be because Sanders has actually bothered to learn from his unusual state's unusual experience.

Vermont has some of the loosest gun laws in America. The Law Center to Prevent Gun Violence gives it an "F." The state requires no background checks for private gun sales, permits the sale and possession of "assault weapons," and allows concealed guns to be carried in public -- without a license.

After the fatal on-air shooting of a TV reporter and her cameraman in Roanoke, Va., on Wednesday, blame was heaped on America's permissive firearms policy. "There are too many guns, and too little national will to do anything about them," asserted an editorial in The New York Times. Democratic politicians and commentators said the murders proved the need for more restrictions on guns.

But did they? Vermont isn't much different from a lot of states in the regulation of these weapons. But it's very different in the volume of bloodshed. In 2013, it had the third-lowest homicide rate in the country -- less than one-sixth that of Louisiana.

Utah, which also got an "F" on its laws from the Law Center to Prevent Gun Violence, had the fourth-lowest homicide rate. These places refute the belief that loose gun rules and high ownership are bound to produce frenzies of carnage.

It's true that many states have a lot of guns and a lot of killings. But that doesn't mean the former causes the latter. It's just as plausible that high murder rates lead more residents to buy guns, in self-defense. Likewise, maybe some people are violent because they have guns. Or maybe they have guns because they're violent.

More guns equals more murders? That's not quite how it works. A 2004 report by a National Academy of Sciences panel said the evidence does "not credibly demonstrate a causal relationship between the ownership of firearms and the causes or prevention of criminal violence or suicide."

Commentators regularly remind us, of course, that America stands out among advanced nations for its permissive gun laws and its abundant gun violence. But the international data doesn't prove what they think it does.

Britain is often cited for having few guns and -- therefore -- few gun murders. As Florida State University criminologist Gary Kleck noted in his 1997 book, "Targeting Guns," Britain also has a lower rate of murders with hands and feet. But "no one is foolish enough to infer from these facts that the lower violence rates were due to the British having fewer hands and feet." Homicide is rare in Israel and Switzerland despite widespread public access to lethal weaponry.

Many of the comparisons with other countries rely on sketchy data about the prevalence of guns. In a forthcoming paper, Kleck and Tomislav Kovandzic of the University of Texas at Dallas looked at 55 countries more rigorously and found that if you account for "other factors that affect homicide, including some cultural differences, there is no significant association between gun levels and homicide rates."

Cultural differences? Turns out they make all the difference. A lot of factors go into how often people attack each other. Where citizens are sober and peaceable, they rarely kill each other -- with guns or anything else.

Where citizens prefer to settle disputes with force, of course, guns are exceptionally effective for killing. In a society with some 300 million of them in private hands, though, getting rid of guns is a fantasy. It makes sense to bar people with criminal records or mental illness from buying firearms legally. But keeping guns away from nonviolent people achieves nothing.

The left-wing magazine Mother Jones has compiled a database of all the shootings that have killed four people or more, going back to 1982. Sanders can probably tell you how many of them occurred in Vermont: zero.