The Misinformed Case for Voter ID 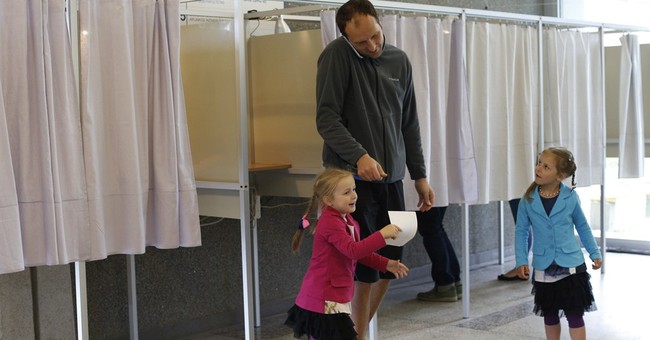 The logic behind laws requiring voters to provide a government-issued photo identification card is simple and seductive: If you need to show an ID to board a plane, open a bank account, get public aid or do any number of other things, it only makes sense to do the same before casting a ballot.

That was what Wisconsin Gov. Scott Walker, a Republican, said in 2011 as he signed a law imposing this new mandate. "There really is no barrier for people," he asserted. "Particularly in a society where people need photo identification for just about everything else, including checking out a book from the library ... it's a reasonable requirement."

Many of the advocates can't imagine anyone functioning in 21st-century America without valid proof of identity. So they are skeptical that requiring it could possibly be an obstacle to voting. They also tend to believe that anyone who lacks something so basic deserves no accommodation.

These attitudes reflect a failure to understand the lives of many Americans. In the suit challenging the Wisconsin law, which recently was overturned by a federal court, a parade of people attested that they lacked the required ID and, in many cases, couldn't easily get it.

One of them was Ruthelle Frank, a former member of the village board of Brokaw. She has never had a driver's license or state ID, and her 1927 birth certificate has a misspelling. To get it fixed, she would have to undertake a legal process that could cost $200.

Another was Mariannis Ginorio, a young Milwaukee woman. She had no driver's license, and Wisconsin doesn't accept birth certificates from her native Puerto Rico issued before 2010. Sam Bulmer, a homeless Air Force veteran, could offer only a federal Veterans Identification Card -- which is not on the list of IDs recognized by the state.

Statewide, the court concluded, 300,000 eligible voters don't have the documents needed for voting. In the normal course of life, people like this don't need them.

Fifteen percent of white adults in Wisconsin, and half of blacks and Hispanics, don't drive. Passport holders are a minority of the population. A lot of people don't need a photo ID to board a plane because they don't fly.

In fact, the Transportation Security Administration doesn't bar anyone who shows up without an ID. In that case, the TSA says, "You'll be able to fly as long as you provide us with some information that will help us determine you are who you say you are."

Seniors can verify their eligibility for Social Security without a photo ID. Food stamps? Federal regulations say "any documents which reasonably establish the applicant's identity must be accepted, and no requirement for a specific document, such as a birth certificate, may be imposed." Libraries will generally accept a utility bill or something similar to issue a card.

Opening a bank account? Larry Dupuis, a lawyer for the American Civil Liberties Union of Wisconsin Foundation, says he never had to show an ID to open his account, which he did some two decades ago. "It's really a post-9/11 thing," he says, for banks to require one. But many poor people don't have bank accounts.

Those activities, in any event, are not constitutionally guaranteed, which voting is. The government can impose regulations that affect constitutional rights. But it must have a good reason, and the rules can't be an undue burden. States can mandate a 24-hour waiting period for abortions, which the Supreme Court says is a modest restriction justified by "the state's interest in protecting the life of the unborn."

Under federal law, you may buy a gun from a private seller without an ID. Licensed dealers must see photo identification, despite the Second Amendment. That's not hard to justify because if a person forbidden to own firearms acquires one -- say a convicted felon -- the outcome may be fatal.

If a person forbidden to vote manages to cast a ballot by pretending to be someone else, by contrast, the election result will almost never be affected. Besides, the sort of fraud that an ID would prevent is exceedingly rare. The court in Wisconsin found the requirement would block vastly more legal voters than fraudulent ones.

States have long had procedures that discourage fraud by impersonation without blocking legitimate voters from the polls. The stricter new requirements may sound reasonable, but they're not reasonable for everyone -- or reasonable for democracy.