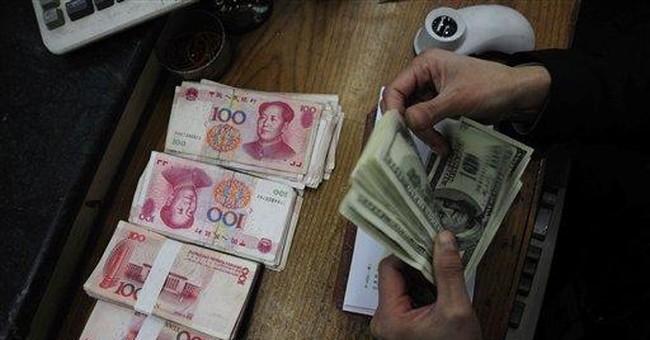 This week, President Obama had the dubious pleasure of offering a budget with a deficit of more than a trillion dollars. He could have done something more politically attractive: unveil a plan to curb the runaway spending of the Bush years.

But to do that, the president would have had to make a different choice a year ago, by rejecting the $787 billion fiscal stimulus package passed by Congress. Of all the mistakes Obama has made, that now looks like the worst.

All these might be a tolerable price to pay if the stimulus had provided a crucial shot of adrenaline. But the evidence indicates otherwise.

In reality, we've gotten the worst of both worlds. The stimulus went through, and unemployment went over 10 percent.

Maybe things would be even worse without all that new spending, which is what the administration claims. But if it can't come halfway close to predicting the effect of the stimulus, how can it be so sure it's doing any good?

Last week's official report that the effort created 600,000 jobs certainly didn't prove anything. All the government did was count how many jobs were paid for with stimulus funds.

That ignores the obvious problem. Money the government uses to create jobs is money that can't be used by the private sector to create jobs. But no one in the White House is trying to count jobs that didn't get created as a result of this mass diversion of funds.

You may not be reassured by the reasoning of Earl Devaney, who heads the federal panel that compiled the numbers. "The people who got the money feel this is working," he told The Washington Post. If Devaney wants to send me a check, I might come around too.

The whole idea of the stimulus is that when the government builds roads and bridges, it puts money into the economy, which generates growth. But Stanford economist John Taylor, speaking Monday at a Hoover Institution conference, pointed out something that stimulus supporters have overlooked: Over the past three years, there is no relationship between the amount of government purchases of non-military items and the rate of economic growth. Oops.

The other theory was that putting more money into the hands of consumers would cause them to go out and buy things. The administration pursued this objective with a tax credit that reduced withholding and thus fattened paychecks.

But the evidence for this approach was also badly lacking. In 2008, President Bush tried to strengthen the economy by sending out rebates of up to $600 per taxpayer. As Taylor documents, the amount of cash Americans had at their disposal jumped. But their spending didn't.

He is not the only leading macroeconomist who doubts the efficacy of such measures. But even if you accept the theory behind the Obama plan, you have to wonder about its usefulness in the real world. Timing is everything, and by the time Washington can pass and implement a stimulus, it's usually too late to help.

You want to stimulate the economy when it's in a recession. But only a quarter of the money in the package was spent in the first seven months. Most of it was scheduled for this year and next -- which turns out to be long after the economy resumed growing last summer. In the fourth quarter, gross domestic product expanded at a sizzling 5.7 percent rate.

Applying fiscal stimulus at this point is like using a cattle prod on Usain Bolt. Even with the encouragement, he's not likely to go any faster.

The administration could claim that the recent boost proves that its effort worked to get the economy back on track. But in that case, why do we need to spend $135 billion in 2011??

All that funding probably won't make the economy stronger. But for those who want to portray Obama as leading the nation off a cliff, it should mean lasting prosperity.