Old-Fashioned Paternalism is Back 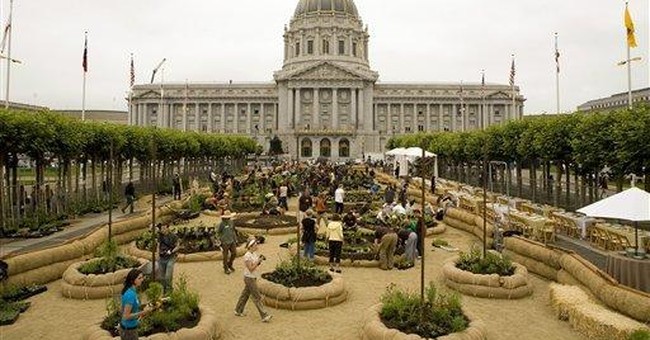 One of the hot new ideas in the academy is "libertarian paternalism." Richard Thaler and Cass Sunstein, authors of the book "Nudge," say the goal is "enlisting the science of choice to make life easier for people" and "gently nudging them in directions that will make their lives better." An example: letting companies enroll workers in 401(k) plans unless they object.

But there's an older and more prevalent notion about how to get people to do things that will make their lives better. You might call it coercive paternalism, and it's thriving.

The most prominent examples are in California, which was once synonymous with freedom. City officials in San Francisco and Los Angeles intend to ensure that individuals are free to do what they want, if what they want is good for them.

San Francisco, like New York and Seattle, has decreed that chain restaurants must put nutrition information on menus. This policy, a specimen of libertarian paternalism, rests on the unproven assumption that, in the Information Age, people get fat for lack of knowledge rather than lack of willpower. No one seems to have noticed that our forebears, who didn't have access to nutrition data, generally managed to avoid obesity.

But San Francisco recently came up with another gambit in the name of public health. It's the first city in the nation to outlaw the sale of cigarettes in pharmacies.

What is this supposed to accomplish? Trying to reduce smoking by banning pharmacy sales is like trying to discourage driving by banning Chevys. Tobacco addicts have plenty of other places to get their fix.

At least they do for now. Mitch Katz, director of the Department of Public Health, insists that San Francisco "isn't a nanny state." But he leaves no doubt about his grand ambition: "I am not in favor of anybody smoking or anybody selling tobacco."

Until he brings about complete prohibition, the ban will have perverse consequences. The most obvious is to deprive one type of retail establishment of revenue and divert the dollars to other businesses. Marginal neighborhoods will become less attractive sites for pharmacies but more appealing to liquor stores, which is a novel approach to urban renewal.

In Los Angeles, driving out certain businesses is not a potential side effect -- it's a conscious policy. The city council recently prohibited the opening of fast-food outlets in the poor, 32-square-mile area known as South Los Angeles. If you're a global corporation selling inexpensive meals to go, Los Angeles has a message for you: Invest anywhere but here. Apparently a vacant lot is better than a Burger King.

Councilwoman Jan Perry believes the measure will assure the locals "greater food options." The Los Angeles Times reports she "said the initiative would give the city time to craft measures to lure sit-down restaurants serving healthier food to a part of the city that desperately wants more of them."

Of course, it could do that without punishing outlets that don't need luring. But if vegetarian and seafood restaurants didn't see the area as profitable before, this law won't change their calculations. It takes an Orwellian mindset to imagine that shutting out McDonald's and KFC will expand, not diminish, the range of dining options in South Los Angeles.

All it will accomplish, as several fast-food workers told the city council, is to deprive residents of jobs in the forbidden outlets. Does anyone think unemployment will improve their diet? Or that a community with fewer jobs will be a more inviting place for preferred restaurants?

Municipal lawmakers blame the chains for obesity, as though these restaurants abduct locals and force them to eat salty, fatty fare. In reality, people in South Los Angeles patronize these places because they like tasty meals at a low price, and because they put less importance on staying slim and living till age 90 than some people think they should.

Libertarian paternalists may think they know better than you how you should live, but generally they limit themselves to promoting informed choices. Coercive paternalists have a simpler approach: telling us what to do.

The advocates say they are not trying to create a nanny state, and they're right. To call these nanny-state measures grossly overstates the intrusiveness of nannies.