Stephen Moore
|
Posted: May 14, 2019 12:01 AM
Share   Tweet
The opinions expressed by columnists are their own and do not necessarily represent the views of Townhall.com. 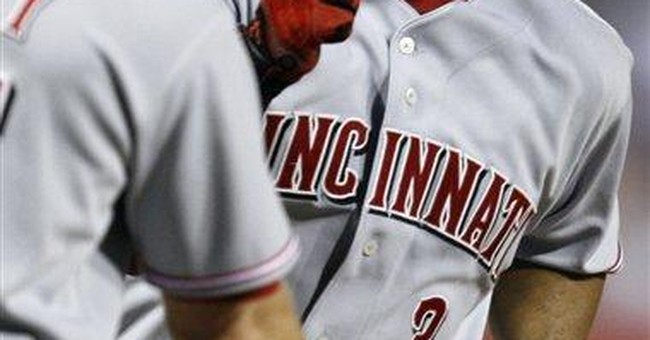 I recently took some flak from Ohio Sen. Sherrod Brown for saying in a speech at the Heartland Institute several years ago that the "only place to live in the midwest is Chicago." He was particularly upset that I took a tongue-in-cheek swipe at Cleveland and Cincinnati as "armpits." This was supposedly evidence that I hate Ohio.

In truth, I was acting like a homer when I said all this. I was raised in Chicagoland and practically grew up in Wrigley Field. Back then, the Cinncinnati Reds were fierce rivals.

That's all in the past. I still love Chicago, but the city is so miserably mismanaged -- bad schools, high taxes, high crime and legendary financial mismanagement, to name a few of the mounting problems -- that it's hard to brag about the Windy City anymore.

According to Jerry James, CEO of Artex Oil and a lifelong Ohioan, "This is the best economy I've seen in our state in my lifetime."

I recently traveled to the Cleveland area and the renaissance of this once-Rust Belt city is remarkable and visible to the naked eye. The downtown area was bustling with economic activity and building cranes. Great restaurants, a vibrant music scene, museums, wonderful and accessible sports stadiums and swanky new office buildings and condominiums.

Research by the Federal Reserve Bank of Cleveland documents that thanks to the increase in jobs in construction and manufacturing, the unemployment rate is down to 5.1% and the "labor markets remain healthy." Per capita GDP rose 3.4% in 2017 and the per capita GDP is closing in on a record-high $70,000 a year.

I saw the same kind of vitality in Columbus. According to Forbes, last year Columbus ranked as the 4th-hottest housing market in the United States and is now the 14th-largest city in America.

Head further south to Cincinnati and it is more of the same. The Cincinnati metro area economy topped $138 billion in 2017, outpacing U.S. growth for the first time in many years. Rick Kaglic and Tristan Young of the Federal Reserve Bank of Cleveland recently reported: "Indications are that labor market (in Cincinnati) remains very tight in the region. The unemployment rate remained in a low range not seen in more than 15 years, and anecdotal reports suggest that hiring firms continued to struggle to find suitably skilled workers to fill open positions."

What accounts for the economic burst? First was the under-appreciated shale oil and gas revolution. Ohio sits atop the Marcellus Shale formation, with rich deposits of natural gas. This has brought tens of thousands of high-paying middle-class jobs, and new steel and chemical plants as well.

A just-released study by Cleveland State University has found that since 2011 $74 billion has been invested in Ohio as a result of the shale gas industry. Additional research finds the tri-state area of Ohio, Pennsylvania and West Virginia, also known as Shale Crescent USA, are closing in on becoming one of the largest producers of natural gas in the world. The biggest beneficiaries are Ohio families and businesses, which have saved $45 billion over the last decade on utility bills thanks to the record-low natural gas price. That's almost $9,000 per family in savings for Ohioans over a decade.

Then there is the Trump effect. Donald Trump's tax cuts, deregulation policies and pro-America energy policies have been a financial lightning bolt in Ohio -- as they have been for so many states. All told, the Buckeye State is shattering economic vitality records on Trump's watch. The number of available jobs just recently set a 21-year record, according to the Bureau of Labor Statistics. And payrolls just reached a record 5.6 million last month. Seven or eight years ago, you would see shuttered buildings in Ohio with "for sale" signs. Now you see bustling businesses with "help wanted" signs nearly everywhere.

A few months after Trump entered office, I asked an auto repair shop owner outside of Cleveland how was business. He said: "Steve, it's like the day after Trump's election a light switch was flicked from off to on. And ever since then I've had more business than I can handle." I hear that a lot.

Ohio is no longer the Rust Belt. It's an arsenal of growth. I wish I could say that about my home state of Illinois.