Stephen Moore
|
Posted: Aug 07, 2018 12:01 AM
Share   Tweet
The opinions expressed by columnists are their own and do not necessarily represent the views of Townhall.com. 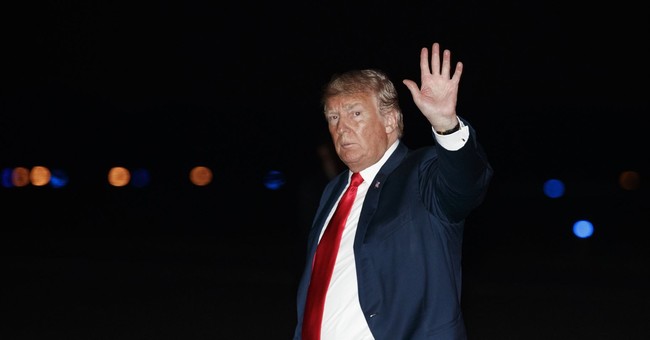 A few years ago, I spoke at my son's fifth-grade class about all of the wonderful things that we have today in our great country that weren't around 100 years ago, including inventions like cars. A ponytailed girl in the front of the room raised her hand and, with a solemn look on her face, scolded me: "Cars are bad. They cause pollution." Wow. These were 11-year-olds! It was one of my first encounters with the green indoctrination that goes on in public schools starting in the first grade.

There wasn't time to explain to her that when Henry Ford started rolling his black Model T's off the assembly lines in Michigan, the mass production of automobiles was heralded as one of the greatest environmental and health advances in the history of mankind. It replaced one of the prodigious polluters: the horse. The average 1,000-pound horse dumps 30 pounds of feces and 2 gallons of urine a DAY. Can anyone imagine what Washington, D.C., or Pittsburgh or New Orleans smelled like on a hot, sweltering summer day or what all that feces did to our water supply? Oh, and watch where you step!

Yet, many liberals still seem to agree with Al Gore, a Nobel Peace Prize winner, who says that the combustible engine is one of the worst inventions of all time.

This explains why the ascendant green movement in America has for decades been trying to force Americans out of their cars. They think like that fifth-grader despite being supposedly rational adults.

The war on driving includes calls for carbon and gas taxes, tens of billions of gas tax money diverted to inefficient and little-used mass transit projects, and opposition to building new roads and highways. One of the most nefarious initiatives has been the Obama administration's draconian increases to the Corporate Average Fuel Economy standards -- a giant and hidden tax on American drivers.

Donald Trump announced last week he wants to ease those regulations. Under the Obama mandates, CAFE requirements would rise from about 35 mpg today to 54 mpg by 2025. This would raise the cost of many new cars by almost $3,000, and the hit to the economy from these rules is expected to reach a cool $500 billion over the next 50 years.

Under Trump's proposed changes, mileage requirements would still rise every year to 42 mpg by 2025 (way too high for my liking). And yet the left is seething in protest, complaining this means the end of our planet. The difference between the Trump and the Obama standards will mean a 31-hundredth degree higher global temperature in 80 years.

The Department of Transportation has found that the best way to get cleaner air is to incentivize families to buy new cars and get the older and higher polluting gas-guzzlers off the road. But because CAFE standards raise car prices, they delay the purchase of new cars, which increases pollution levels.

Perhaps the biggest benefit of the new Trump standards is that they are expected to save about 1,000 lives a year due to lower highway deaths. The Competitive Enterprise Institute has found that CAFE standards kill people for two reasons: first, they induce the car companies to build lighter cars in order to meet the fuel standards. Second, because the regulations keep old cars on the road longer, Americans are more likely to be driving in less safe vehicles. The Trump administration has science firmly on its side here.

It wasn't so long ago liberals opposed military intervention in the Middle East by chanting "no blood for oil." But with higher CAFE standards, they are willing to tolerate more blood on the highways to save on oil.

Hearty congratulations to Transportation Secretary Elaine Chao and EPA Administrator Andrew Wheeler for a new rule that can save lives, reduce pollution, grow the economy, and let people buy the cars they want -- including SUVs, minivans and sports cars. This is a great victory for common sense and a windshield against the left's war on cars. As for those misguided fifth-graders, they will figure out the virtues of cars once they are old enough to get their driver's licenses. But when will liberals grow up?