What John F. Kennedy and Donald Trump Have in Common

Stephen Moore
|
Posted: Dec 19, 2017 12:01 AM
Share   Tweet
The opinions expressed by columnists are their own and do not necessarily represent the views of Townhall.com. 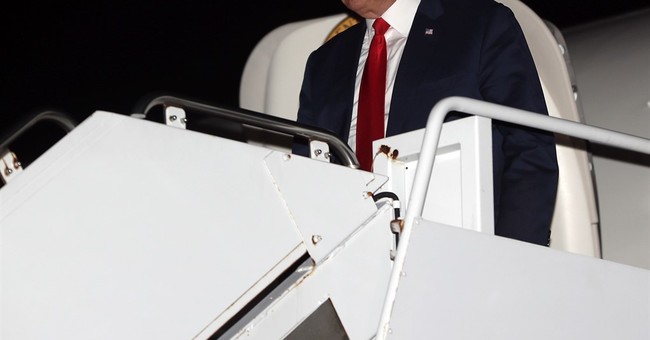 Last week during an address at the White House, President Donald Trump likened his tax plan to the tax cut that John F. Kennedy proposed 55 years ago. This elicited some howls of protest from Trump's liberal critics, who say it's historically inaccurate to compare the Trump plan to JFK's.

Is it? In 1963 Kennedy proposed a tax cut that slashed business and individual tax rates by about 30 percent. It's true that tax rates were a lot higher then (90 percent in some cases) than now. But the philosophy was the same: Lower taxes will get businesses, investors and consumers going again and jump-start a lackluster economy.

There are other similarities between Trump and JFK on taxes. Democrats complain that the Trump tax cut will increase the deficit, just as Republicans made this same fatuous claim against the Kennedy tax cuts. President Kennedy declared at the New York Economic Club that it is a "paradoxical truth that tax rates are too high today and tax revenues are too low, and the soundest way to raise the revenues in the long run is to cut the rates now."

He reminded Congress that America's biggest problem was not the budget deficit but a "growth deficit."

That sounds almost identical to what Donald Trump is saying today on taxes and what Chuck Schumer and Nancy Pelosi are arguing against.

JFK, posthumously, was proven exactly right, and the tax cut critics were refuted by actual events. After the tax cuts were enacted in 1964, America experienced one of the greatest periods of prosperity in our history.

The U.S. had three straight years of 6 percent growth -- the last time that has happened.

Larry Kudlow's 2016 book, "JFK and the Reagan Revolution," documented the post-JFK tax cut growth spurt: "The tax payments by the wealthiest filers nearly doubled. We had many quarters of 6 percent growth back then.

That same effect was duplicated when Ronald Reagan chopped the top income tax rates from 70 to 28 percent and the corporate rate from 48 to 35 percent. The share of taxes paid by the richest 1 percent rose from 19 percent in 1980 to above 25 percent by 1990, according to IRS tax return data. Total tax revenues surged from roughly $500 billion in 1980 to just over $1 trillion by 1990.

In 1986, Reagan's Tax Reform Act passed the U.S. Senate by a vote of-- are you sitting down? -- 97-3. This included the votes of such prominent Democrats as Bill Bradley, Ted Kennedy, Howard Metzenbaum and Sam Nunn. Where are the pro-growth Democrats today? Are there any?

In 1998, Bill Clinton, who had raised taxes in 1993, reversed course and signed into law one of the biggest bipartisan tax cuts in history, which included a slashing of the capital gains tax. The growth and employment boom was so great that the budget reached a budget surplus.

Democrats say they wish that Trump had put forward a bipartisan tax plan, but where is the Democratic alternative? The only alternative I've seen is Bernie Sanders' proposal to raise tax rates to 50, 60 or even 70 percent. Can anyone with a straight face argue that this would help the economy?

Sadly, the modern Democratic Party today has repudiated JFK economics. Now they are infuriated that Donald Trump has picked up that mantle. Readers can go to the Committee to Unleash Prosperity website and see and hear recordings of JFK dispensing wisdom on taxes. Here's one more excerpt from a radio address by Kennedy: "Every dollar released from taxation that is spent or invested will help create a new job and a new salary. And these new jobs and new salaries can create other jobs and other salaries."

There is one last similarity between JFK, Ronald Reagan and Donald Trump: economic optimism. President Trump shares their belief in American potential -- that there are no limits to our economy or our greatness. Trump says we can grow at 3 or 4 percent. Liberal pessimists dismiss this as wild-eyed happy talk. They are selling America short. The good news is that most Americans are with Trump, Reagan and JFK on the country's untapped potential.