Stephen Moore
|
Posted: Oct 31, 2017 12:01 AM
Share   Tweet
The opinions expressed by columnists are their own and do not necessarily represent the views of Townhall.com. 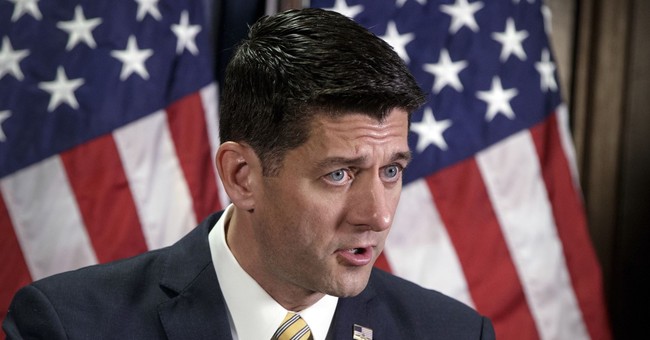 President Donald Trump has proposed what he calls "the biggest tax cut since Ronald Reagan." He also wants vast simplification so that Americans can fill out their taxes on a postcard return. Let's hope that part of this reform package will be to defang the IRS, which treats Americans as if they are guilty until proven innocent and invades the basic privacy rights of citizens.

Meanwhile, Trump's critics on the left seem to think the tax code is just fine the way it is. Although some, like socialist hero Bernie Sanders, want tax rates to go much higher.

So as a primer for why Americans deserve genuine tax relief and reform, here are five reminders of how badly our tax system is broken:

- Six trillion dollars of taxes paid and counting: This year, businesses and families will pay an all-time record high $6,000,000,000,000 in federal, state and local taxes. That's more than the GDP of all but a handful of countries. For millions of Americans, taxes are now the single largest expenditure item in the family budget.

All of this revenue flows into the government's coffers through an endless pipeline of extractions: income taxes, payroll taxes, import taxes, gasoline taxes, cigarette taxes, state income and sales taxes, property taxes, food taxes, beer taxes, soda pop taxes, sewer taxes, water taxes, investment taxes, hotel taxes, stock taxes, energy taxes, health care taxes, prescription drug taxes, airline ticket taxes and more. And after all of that, when you are laid in a casket, you pay a tax for the privilege of dying.

- We punish our businesses with the highest tax rates in the world: America is supposed to be the land of the free and a paragon of free markets and free enterprise. Yet today, the 40 percent tax rate in the U.S. is the highest in the world. Yes, higher than socialist Sweden and higher than former communist countries like Russia and China. Our combined federal and state tax rates are almost twice the rate of the countries we compete with. It's almost as if the system were designed by the countries that we compete with so they could steal our jobs, factories and businesses.

These high tax rates put American companies at a 20-percentage point disadvantage in global markets. Trump is right when he says the rest of the world is laughing behind our backs.

- An 82,000-page monstrosity: The first income tax was just four pages long (see chart). Today the code is ten times longer than Tolstoy's "War and Peace" and 1,000 times longer than the U.S. Constitution. It is four times longer and more complicated than it was in 1970. This benefits no one but the tax accountants, lawyers and lobbyists who feed off the complexity of the tax code.

The tax code should be easily understandable to taxpayers. It is not. It reads as if it were written in Greek and in legalese that only a tax lawyer could understand. If Trump wants to drain the swamp, the cleanup must start with the tax code.

- The IRS is America's KGB: Is there any agency in America scarier or more abusive than the IRS? The government can garnish your wages and take money from your bank account without due process of law. It can invade your home or office.

We saw under President Barack Obama how the IRS engages in political witch-hunts against conservative activists and organizations it doesn't like. Today, because of the complexity of the tax system, the IRS employs 82,000 snoopers. It now costs our federal government $12 billion a year just to administer this Byzantine tax system. It costs families and businesses at least this amount just to figure out how much taxes they owe.

- Tax loopholes are rigged for the rich and politically powerful: The tax code is crammed with tax write-offs that overwhelmingly benefit the super-rich. Only one of three Americans even take advantage of these special interest tax provisions by itemizing their deductions and under the Trump plan (which doubles the standard deduction) that will fall to closer to less than one in ten tax filers. But 99 percent of millionaires feast on deductions and loopholes.

Why can't we shut down this rigged system? Because of the politically connected and the K Street lobbies and lawyers who spend millions of dollars to keep their tax shelters in place.

By the way, George Soros just stashed $18 billion into the biggest tax shelter in American history. This is money that will never be taxed. Typical liberal: he wants everyone to pay more taxes, except himself.