Stephen Moore
|
Posted: Oct 03, 2017 12:01 AM
Share   Tweet
The opinions expressed by columnists are their own and do not necessarily represent the views of Townhall.com. 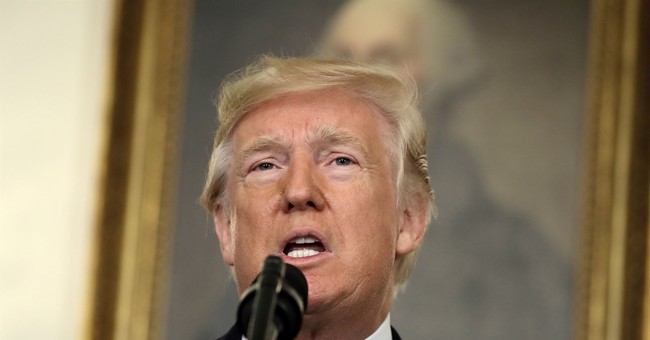 Donald Trump's latest tax-cut plan would be a steroid injection for the U.S. economy. Bravo to the White House and congressional leaders for packaging the biggest pro-growth tax cut since Ronald Reagan.

My only quibble is that I wish the "Gang of Six" negotiators had stuck with President Trump's call for a 15 percent business tax rate -- which was in the campaign plan that Larry Kudlow and I helped draft. Instead, this plan would set the rate at 20 percent for corporations (down from 35 percent) and 25 percent for small businesses (down from 40 percent for many firms). This may not be as low as Trump wanted, but it is still a vast improvement for competitiveness over the current IRS code.

For all the blather about tax cuts for the rich, the average household in the United States with an income between about $40,000 and $100,000 would save about $1,500 to $2,500 on its tax bill due to the higher standard deduction and the lower tax rates. Maybe families can use that money to pay for the higher health-insurance premiums under Obamacare. As a cab driver told me when I asked him what he thought of the Trump tax plan: "Show me the money."

But there are trip cords and land mines aplenty ahead. The GOP had better be ready to avoid another embarrassing policy defeat.

First, Republicans have to stop enslaving themselves to arcane and witless budget rules that are torpedoing their policy objectives. Paul Ryan and Mitch McConnell are letting the budget process -- which was written by Democrats more than four decades ago -- dictate the policy, rather than the reverse. Why, oh, why, are we still living under these rules of the 1974 budget act, which has created the greatest period of debt and deficits and runaway spending in American history?

The GOP controls every agency and committee of Congress. Why are they enabling the Congressional Budget Office and Joint Tax Committee to impede their policy goals? Either put people in charge of these agencies who are favorable to the policies or use outside scorekeepers who are more accurate. The CBO did severe damage to the GOP's Obamacare repeal agenda with negative and misleading reports.

We know from the Reagan tax cuts, the Kennedy tax cuts, the Clinton capital gains tax cuts and so many other historic changes in policy that the CBO and JTC often aren't even in the right ZIP code in predicting responses to big policy changes.

For example, the budget scorekeepers said that the Clinton capital gains cut in 1997 would lose tens of billions in revenues. Instead, as Dan Clifton of Strategas, an investment consulting firm, has shown, the tax cut raised tens of billions in tax collections and helped balance the budget. If CBO had instant replay, these referees would be overturned and then fired.

This is not a plea for biased scorekeepers -- just accurate referees.

Next, focus on economic growth. Too many GOP "deficit hawks" whine that America can't afford a big tax cut. Even some of my friends at National Review magazine make this claim. They're wrong.

If we continue with the last decade's low growth rate (as the CBO predicts), the next decade will give us another $10 trillion in debt. Austerity isn't going to balance this budget, and it sure won't create jobs.

Arthur Laffer, an architect of the Reagan tax plans, believes based on the last century of tax rate changes that a reduction in the corporate tax to 15 percent will juice economic growth by as much as 1 percentage point per year. If this puts millions of Americans back to work in higher paying jobs, wouldn't this be a sound investment?

Too many Republicans believe in the false narrative of the limits to growth. Even the House and Senate budget resolution predicts a measly 2.6 percent growth. This is aiming too low. The combination of stable prices, low interest rates, a newly minted competitive tax system and continued regulatory rollback can get us to 3.5 to 4 percent growth.

Trump and the Republicans won the election by promising jobs and prosperity. A new Terrence poll finds that by a 2-to-1 margin voters agree with Trump that a tax cut would be "good for the economy." Failure to pass a pro-growth tax cut puts nearly every Republican seat in peril. To keep the Republican majorities and grow the economy, Trump has to do one thing for voters: Show them the money.