How to Turn Puerto Rico Into Hong Kong

Stephen Moore
|
Posted: May 04, 2016 12:01 AM
Share   Tweet
The opinions expressed by columnists are their own and do not necessarily represent the views of Townhall.com. 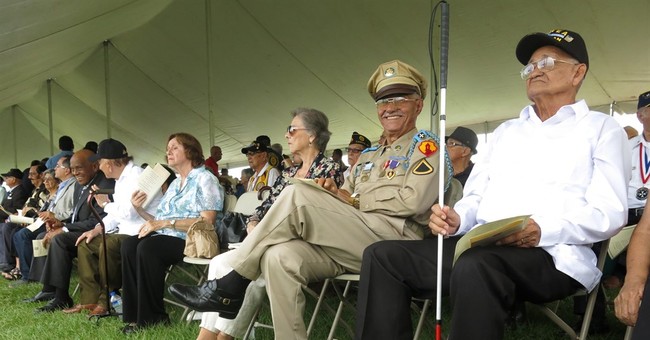 On May 1, the government of Puerto Rico defaulted on some $400 million of bond repayments. This default has added urgency to a bill in Congress to rescue the island from its financial crisis, which is getting worse by the day.

These debts don't even include an additional $43 billion of unfunded pension liabilities. Add it all together and the debt reaches 150 percent of GDP. All the government has done is raise taxes, with the sales tax recently hiked from 7 to 11.5 percent. Tragically, Puerto Rico has become the Detroit of the Caribbean.

By law, Puerto Rico can't declare bankruptcy, but the territory is in de facto Chapter 9 already.

The House Republican rescue plan would allow the island to restructure its debt and delay payments as it attempts to rebuild its shattered economy. The statistics are heartbreakingly bleak: Almost half the residents are in poverty (and more than half of all children); only about 40 percent of adults are even in the workforce; half of families collect welfare benefits; and more than 10 percent of the island's residents have left for Florida, Texas, New York or other safe havens.

Puerto Ricans are American citizens whose lives have been turned upside down. The U.S. government has a moral, if not legal, obligation to help. But as a territory Puerto Rico needs to agree to help itself.

Here is what shouldn't happen: a financial cash bailout from U.S. taxpayers. Puerto Rico is 100 percent responsible for all of its taxes and spending except its social security tax and spending. And as such, U.S. taxpayers had no say whatsoever in the amount of debt Puerto Rico took on and should not have to pay for Puerto Rico's bad decisions. A U.S. bailout would only reward bad behavior and finance another spend-and-borrow binge.

The media have invented a story here that the villains are the investors and hedge funds who bought the Puerto Rico bonds. The bondholders are certainly not guiltless for lending money to a government that is recklessly out of control. And bondholders will surely pay a heavy price for their financial mistake: They are likely to get, at most, 70 cents for each dollar they are owed. So the bondholders will be punished by the marketplace.

The Republican plan that has the support of House Speaker Paul Ryan would create a strong financial oversight board to take control of the government's finances, taxes and budgeting decisions. We know this model works. In the 1990s it helped save Washington, D.C., during its darkest hours of financial troubles. Now the city is booming.

Democrats, such as Minority Leader Nancy Pelosi, are unfortunately playing politics and are accusing Republicans of acting like "colonists." In reality, the GOP plan offers a financial life raft for the island, and if the Puerto Rican legislature or voters prefer to go it alone, they should have a simple up or down vote on whether to agree to a control board.

The thorny and controversial issue is how to restructure the outstanding debt. There are at least a dozen classifications of bonds, and the bondholders do have a legal right to repayment or to be able to sue in court.

About one-quarter of the debt carries a constitutional "full faith and credit" guarantee of repayment granted by the government of Puerto Rico.

Those constitutionally guaranteed bondholders must be put first in line for repayment as is consistent with their legal rights. The Republican plan as currently written would take away their right to sue in court.

Puerto Rico's government would like nothing more than a "cram down" repayment structure without the bondholders' consent. This would not only be unfair to the bondholders; it would also hurt Puerto Rico in the long term, because only a nitwit would ever again agree to buy PR bonds when the island has shown it will blatantly violate contractual obligations.

None of this will work unless there is improvement in the island's economy. Why not turn Puerto Rico into a Hong Kong in the western hemisphere through new rounds of tax, regulatory, property rights and welfare reforms? The first step is to restructure the debt and then jump-start the dormant private economy so that the standard of living starts rising again and Puerto Rico has the economic muscle to pay its bills.

Here is Biden’s Schedule for the Weekend
Katie Pavlich
The Goalposts Keep Moving: CDC Director Says the Definition of Fully Vaccinated May Change
Leah Barkoukis
Biden State Department Admits: We're in Touch with Hundreds of US Citizens Stranded in Afghanistan
Guy Benson
This Is Who Dr. Fauci Blames for the Rise in Deaths Among Adults in the UK