Star Parker
|
Posted: Jul 01, 2020 12:01 AM
Share   Tweet
The opinions expressed by columnists are their own and do not necessarily represent the views of Townhall.com. 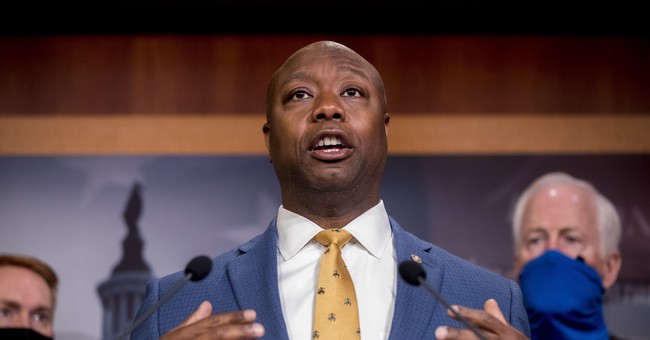 With all the hot rhetoric about race and police, we would hope that we would be having a sober, serious national discussion on the issue that would shine light, understanding and answers.

But, unfortunately, light and understanding are not what drives Democrats.

And thanks to Democrats, we won't see any federal legislation this year dealing with policing.

The Democratic-controlled House passed a bill -- the George Floyd Justice in Policing Act -- that has no prayer of passing in the Republican-controlled Senate.

Sens. Corey Booker and Kamala Harris write disingenuously in Rolling Stone magazine that the bill was "voted down." This is false. The bill was never heard or debated. It was not "voted down" but procedurally blocked by Democrats so it never saw the light of day.

There was enough common ground between the Republican and Democratic efforts to allow for debate and amendments that could have led to legislation being sent to the president.

But politics is more important to Democrats than solving problems, and in this topsy-turvy election year, they did not want any Republican to get credit for weighing in on policing, certainly not a Black Republican like Tim Scott.

Booker and Harris write that their bill will "begin to address and root out deadly systematic bias -- and, yes, racism -- in policing."

Harvard economist Roland G. Fryer Jr., who happens to be African American, has studied the issue.

He summarized his work and conclusions recently in a Wall Street Journal opinion piece.

"No matter how we analyzed the data," he continues, "we found no racial differences in shootings overall, in any city in particular, or in any subset of the data."

He sums it up saying: "When a shooting might be justified by department standards, are police more likely actually to shoot if the civilian is black? ... The answer appears to be no."

What about nonlethal force? Here Fryer does find racial disparities. According to his work, "blacks were still significantly more likely to endure police force."

Fryer cites other academic studies that draw the same conclusions.

If there is anything systemic going on, it is Democrats systemically misrepresenting the nature of our problem regarding race and police behavior.

Booker, Harris, and other Democratic leaders have criticized Sen. Scott's bill for not going far enough. They pretend to go beyond the "middle ground" to aggressively make "real change," while, in actuality, they expand federal controls that could actually hamper effective policing. At the same time, they ignore where a major part of the problem lies.

That is in local governments' negotiations with police unions.

According to the Wall Street Journal, "Some 40 states require or permit collective bargaining for police." They cite a Duke Law Journal study that concluded, "lack of corrective action in cases of systemic officer misconduct is, in part, a consequence of public-employee labor law."

"Derek Chauvin, the officer charged with killing George Floyd, had at least 17 misconduct complaints against him in 18 years," the Journal writes. The officer who stood by and watched had been sued for excessive use of force and settled for $25,000.

Public employee unions shield public servants from the public they are supposed to serve. Police unions enable and protect the very behavior we want to stop.

Sure, it's time for answers and actions. But there can be neither without honesty. And, unfortunately, Democrats' lust for power far exceeds their interest in pursuing honest solutions to our problems.