Star Parker
|
Posted: Apr 12, 2017 12:01 AM
Share   Tweet
The opinions expressed by columnists are their own and do not necessarily represent the views of Townhall.com. 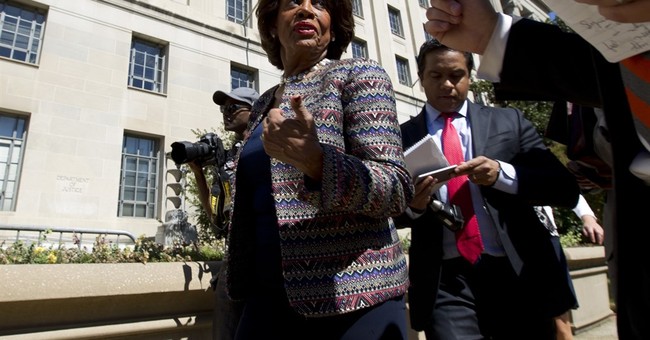 Trending
When President Trump recently met with the Congressional Black Caucus leadership, they presented him with their new report, "We Have A Lot To Lose." It's their assessment on fixing the problems in black America.

The title plays off of Trump's message when he was seeking black support during the presidential campaign -- "What do you have to lose?"

Trump's point was that after a half-century of government programs that have failed blacks, doesn't it make sense to try something new?

Suppose I said that physical laws, such as the law of gravity, are different for whites and blacks. You would laugh at me.

How about economic laws? Are they different for whites and blacks? Of course not. They are laws that apply to human behavior.

It is clear to me that freedom and capitalism are the principles that made America a rich and powerful nation. And it is not unique to America. Plenty of studies show that for all the nations of the world, those that are free, that allow capitalism to operate in their economies, are the most prosperous.

So when I say, as I have been saying for the last 20-plus years, that lack of freedom and capitalism is what is holding back black Americans, you would think black leaders would want to listen. But they have no interest.

Some $22 trillion dollars have been spent on anti-poverty programs without making a dent in the black poverty rate, and with gaps between black and white median household income and wealth continuing to increase.

Just since 1987, the gap in median household income between blacks and whites increased by more than $10,000.

When Donald Trump asked blacks, "What do you have to lose?" he was channeling Albert Einstein who defined insanity as "doing the same thing over and over and expecting different results."

After 50 years of black lives dominated by government programs that have not achieved their objectives, isn't it time to try something new? Maybe freedom and capitalism. What do you have to lose? This was Trump's point.

The CBC report's introduction totally misses Trump's point that, after years of failure, it's logical to try a new way. Rather, the CBC twists Trump's words to mean, "African Americans are so destitute that we have no reason to fear a Trump administration."

The report then ticks off for some 100-plus pages all the same failed ideas of the last half-century -- government, spending, welfare. Everything that has failed so dismally and helped destroy the most important institution in black life -- the black family.

Meanwhile, the Trump administration is hard at work, as he promised, to develop new approaches, helping black Americans with more opportunity of what works for everyone -- more freedom and more capitalism.

My organization, CURE, is involved in providing input on this with ideas such as more freedom in education through parental choice, lower taxes and regulation to encourage more black entrepreneurship and business investment in urban areas, expanded opportunities for personal savings, and, of course, policies to strengthen black families and churches.

It's time to bring freedom and capitalism to black America. The only ones who have something to lose are power-loving black politicians.